August Sales Down and Out

Higher oil prices and a later Labor Day caused many consumers to hold off on back-to-school shopping, wilting retail sales in August. 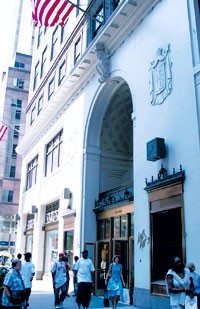 NEW YORK — August’s retail sales were wilted by the dog days of summer.

In the wake of disappointing results in both June and July, comparable-store sales in August were not the boon most retailers hoped for. Higher oil prices and a later Labor Day holiday caused many consumers to hold off on back-to-school shopping. Also impacting the month’s anemic results were the harder comparisons most retailers faced from the prior year.

As a result, mass merchants posted the softest results. In the specialty segment, results were equally depressed — except for American Eagle Outfitters, which watched comps soar 26.6 percent. Meanwhile, in the department store segment, same-store sales results were just as lackluster except for Neiman Marcus and Nordstrom. Same-store sales are the sales of stores open for at least one year.

Analysts described August’s sales as mediocre, messy, tepid and sloppy. A Labor Day holiday that falls a week later this year was one of the most frequently cited reasons for the weak results. Retailers and analysts also cited significantly higher energy prices — which impact consumers’ discretionary spending allowances — for the softer comps as well as the positive effect of the president’s credit tax package last year.

Nevertheless, some analysts maintained that September comps in certain sectors could be decent due to this year’s strong fashion cycle. They also said consumers are tending to shop closer to the start of school.

Despite the negative bend of the overall results, winners narrowly beat losers among the 50 retailers tracked by WWD. The amount of retailers with positive comps dropped to 23 from 26 in July and 29 in June, while the amount of negative comps improved to 22 in August from 23 in July. Interestingly, five companies reported flat comps. Among specific sectors, WWD’s mass merchants group had the weakest performance in August, posting a 0.5 percent aggregate decline, compared with the specialty chains and department stores, which both posted 1 percent overall gains.

Goldman Sachs Retail Composite Index increased just 0.4 percent in August, off the firm’s estimate for a 1.4 percent gain. It was the weakest increase in at least a year, and compared with a 5 percent gain in August 2003. Similarly, the International Council of Shopping Centers said August’s results were the weakest since March 2003.

What makes August’s results especially disheartening is that they usually reflect the second most important month of the year for retailers, after the holiday month of December. Indeed, the strength of the overall back-to-school season’s sales are often seen as a predictor of the holiday season’s strength.

Much of the holiday’s results will also be determined by how self-assured consumers remain. Already, consumer confidence, as measured by the Conference Board, dropped in August for the first time since February to a reading of 98.2 from 105.7 in July. Consumers are worried over waning new job growth.

Weaker confidence levels likely contributed to less traffic in retail stores during August. But Eric Beder, an equity analyst at JBHanauer & Co., said the traffic slowdown in the last two weeks of August was not “economically driven.”

“Given the timing of the initial school openings and a continuing trend for consumers to purchase more items after school opens, we believe the [Labor Day holiday] shift had a major effect on same-store sales and was a significantly higher determinant than other economic factors,” Beder said in a Thursday research note.

But at least one retailer clicked with consumers in August. On a recorded call, American Eagle Outfitters cited broad-based strength in back-to-school sales in most men’s and women’s merchandise categories as the reason behind its stellar results.

“American Eagle adjusted its fashions for back-to-school this year and won over many younger shoppers,” said Richard Hastings, retail analyst at Bernard Sands LLC. “American Eagle really hit it right in the middle of the now fragmenting fashion scene with its relaxed and comfortable version of retro-preppy fashion with lots of relaxed-looking pleated denim skirts and comfy-looking polos.”

The once red-hot specialty chain Hot Topic had an 8.7 percent drop in August comps. The company said on a recorded call that the shift of the Labor Day holiday had the most impact on the month, pulling it down by 3 percentage points. However, the shift should add 3 to 4 percentage points to September’s results. Accessories, such as body jewelry, had improved strength in August, and punk-related merchandise like studded bracelets continued to sell strongly. As a result, apparel sales are losing momentum.

Not surprisingly, the luxury market also stood out, with Neiman Marcus posting a 14.7 percent increase in same-store sales and Nordstrom with a 7.2 percent rise. Results at Saks Fifth Avenue Enterprises, however, rose a slight 2.9 percent, versus July’s 12.8 percent surge. Banc of America Securities analyst Dana Cohen suspects Saks results could be foreshadowing a slowdown in luxury spending in the back half of the year.

But the 2.9 percent comp “is probably specific to Saks Fifth Ave.,” said Hastings. “It’s a terrible combination to have the old Parisian stores business and Saks Fifth Avenue under one umbrella. Neiman and Nordstrom held up very well, which shouldn’t be a surprise to anyone. Nordstrom really is the leader in its category.”

Looking to September, Beder was upbeat. “We remain convinced that consumers will pay up for newness and excitement,” especially at the teen retailers. The mass merchants, however, could see sales impacted once again because of disposable incomes hurt by high gas prices, he said.

And Lauren Levitan, an analyst at SG Cowen, expects “September sales to provide a much better read [than August] on second-half potential.”

— With contributions from Dan Burrows and Ross Tucker.