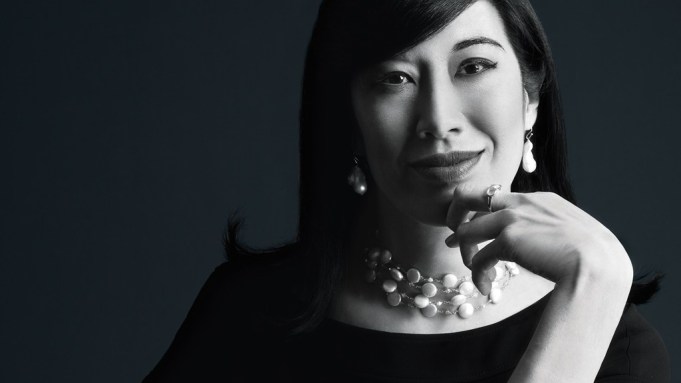 Avon Products Inc. may have torpedoed Coty Inc.’s $10 billion takeover offer Monday, but rather than a final shot, the moves are seen as the opening salvos in a broader struggle that could eventually overturn the beauty world and redefine direct selling.

For Coty — which reached out to Avon three times last month, but couldn’t get takeover negotiations started — the deal represents a chance to tap into Avon’s 6.4 million active sales representatives globally and a new outlet for its celebrity-laden fragrance portfolio, especially in the lucrative and growing Brazilian market.

Even so, Avon could be just one option for Coty, which has also been talking to investment bankers about a possible initial public offering, according to a financial source.

Wall Street said Coty could afford to raise its offer and that a private equity player could also make a move now that Avon is so publicly in play. So far, the large consumer products companies have mostly stayed away from the direct-sales business, but experts said they might feel they have to take the plunge if a competitor successfully taps into Avon’s network.

Coty’s bid of $23.25 a share values Avon at 1.1 times annual revenues and comes when the company is in a weakened state. The firm is struggling to find someone to take the reins of chief executive officer from Andrea Jung. It is also confronting troubles in its overseas operations and is the subject of Securities and Exchange Commission investigations relating to its dealings with analysts and to the Foreign Corrupt Practice Act.

Avon would be the latest in a series of acquisitions for Coty, which has been one of the most aggressive players in the beauty M&A game in recent years. In late 2010 alone, the privately held company snapped up OPI Products Inc., Philosophy Inc., TJoy and Dr. Scheller Cosmetics, spending more than $2 billion, according to estimates. But the company, which has revenues of $4.5 billion, is clearly going after bigger game with Avon. The talks between the two firms reportedly began with Avon looking to buy Coty rather than the other way around.

Coty said Monday it has “no intention of pursuing an acquisition on a hostile basis,” but nonetheless took the aggressive step of bringing its offer directly to shareholders after it failed to get any traction with Avon’s board.

“Our objective is to engage in discussions with Avon and conduct due diligence so that we and Avon can together determine if there is a basis for a transaction,” said Coty’s chairman Bart Becht. “We believe Avon’s shareholders would want their board to explore with us the benefits to shareholders of a transaction.”

At least one law firm is trying to drum up business by reaching out to Avon shareholders and investigating whether or not the firm’s board breached its fiduciary duty by rejecting the offer.

Becht laid out his pitch in a letter to Jung on Monday and said the combined company would be called “Avon-Coty” and that “Distribution of appealing Coty mass beauty brands via Avon’s ‘door-to-door’ distribution channel will…create new and attractive growth and earnings opportunities for ‘Avon– Coty.’”

Avon countered that Coty was being “opportunistic” and trying to get a “free look” at its books. The direct merchant also said it “remains committed to its publicly stated path of completing the ceo search and executing against what it believes are Avon’s strong long-term prospects.”

Avon’s search for a ceo has been troubled, though, and a number of people who were seen as contenders took themselves out of the running, including HSN Inc.’s ceo Mindy Grossman and former Procter & Gamble Co. executives Ed Shirley and Susan Arnold.

Paul Pressler, former Gap Inc. ceo and someone observers said could fill Jung’s shoes, stepped down from Avon’s board Monday. He is a partner at private equity firm Clayton, Dubilier & Rice Inc. and will be replaced on the board by Douglas Conant, former ceo of Campbell Soup Co.

The ceo search committee of Avon’s board is said to have zeroed in on candidates who either come from the direct-selling industry or have turnaround experience. Avon had no comment on the progress of its search Monday.

Further indication that the battle between Avon and Coty will drag on came from Wall Street. Investors took Coty’s offer seriously and drove shares of Avon up 17.3 percent to $22.70 — within striking distance of Coty’s proposed bid.

“While Avon faces a perfect storm of problems at the moment, it’s clear that Coty smells blood,” said Morningstar analyst Lauren DeSanto, who said a deal between the companies could be “quite messy” given Coty’s department store customers.

“We doubt these retailers would enjoy seeing the same brands that sit at department store counters distributed by direct-sales representatives,” DeSanto said. “Additionally, outside the U.S., in markets such as Brazil and Russia, we are not sure how much traction many of Coty’s celebrity brands would have.”

Analysts generally said the current offer probably wasn’t high enough to get a deal done, but that a higher purchase price would make a takeover more likely.

Javier Escalante, executive director at Consumer Edge Research, said Coty could up its price by another 4.9 percent to $24.40 by agreeing to share half of the $1.1 billion in projected cost savings from the merger with Avon shareholders.

“The board argues that Coty undervalues [Avon] but their response strikes us as weak as it ignores the real investment controversy: [Avon] likely is a value trap, meaning that Avon’s earnings base and, more importantly, future earnings power are unclear,” Escalante said.

Now the question is whether Coty’s bid will spur other firms to come out of the bushes and make a run at Avon. At least at the moment, there appear to be few other strategic acquirers willing to take on the troubled direct seller.

“L’Oréal has been mentioned in the past as being interested in Avon, however management has expressed that it sees direct selling as an early stage of development for retail and not as a sustainable business model,” Escalante said. “Therefore, the chances of L’Oréal being interested in buying Avon are low. The only consumer products company with direct-selling experience, oddly, is Unilever,” with Aviance and Hindustan Unilever Network. “But, it is unclear whether Unilever management views direct selling as strategically viable and, if so, whether Avon would be the right asset, given its challenges in key markets like China, Brazil and Russia.”

If Avon moves to defend itself, its credit rating could take a hit.

“Based on our experience with similar offers, it is our view that Avon could pursue a more aggressive financial policy, such as debt-funded share repurchases, as a defensive action to further bids,” said S&P debt analyst Jacqueline Hui.

Even as there are questions over what impact a deal might have on Coty, observers believe that, for Avon, it might be the kind of revolutionary step the company needs to take. Observers universally agree that Avon needs much more than a little tweaking.

“For Avon to contemporize themselves, they may need dramatic change and dramatic change comes with either an innovative leader or the purchase by another company,” said Les Berglass, founder of Berglass + Associates executive search firm.

Avon’s list of challenges includes the lack of a ceo, the SEC investigations and competitive troubles in emerging markets such as Brazil.

“The business model is going to take a lot of thinking in terms of how do you address their direct-to-consumer [business] in the U.S. and how do you regain your traction internationally,” said investment banker Elsa Berry, head of Houlihan Lokey’s cross-border consumer coverage.

And as Avon evolves — willingly or not — the industry landscape begins to undergo major shifts.

“One day, a true personal care company will make the move to direct selling,” Berry said. “Maybe this forces all those companies that have been thinking over the years, ‘Yes, no, maybe.’”

One former Avon executive said that, as long as seven years ago, Coty was looking into the possibility of Avon distributing its fragrances in Brazil. The executive said the direct-marketing model would be a different beast in the cyber age. Pointing to Amazon, the executive speculated that model in the future could be a fusion of human reps and technology.

The search for a ceo has summoned a critical voice from the past. James E. Preston, who refocused Avon in the Nineties and recruited Jung before retiring as chairman in 1999, has said it is “disconcerting” to see Avon struggling when its competition is doing so well.

Preston maintains that Avon has “strayed away from some of the basic tenets of direct selling.” He asserted that Jung was hired initially as head of global marketing and “we said get the positioning of our line in shape so that it could be more competitive than it is today. She did that very well.” Preston explained that, at that time, the major cities of the developing world were emerging with a new sense of sophistication and, if Avon was to grow and prosper in the developed markets and the emerging markets, it needed much more marketing savvy and programs and that was Jung’s strength.

But as a result, he argued, the shift to the marketing-and advertising-driven “pull” side of the equation went too far and diminished the “push” side that gave incentives to the army of sales reps, Avon’s muscle. “They went so far in trying to emulate packaged goods companies — a P&G or a Colgate or whatever — we have lost touch with the push side. It’s out of balance. There is so much money in advertising and other brand positioning that we have pulled funds away from the representative side of the business.”

Similarly, Preston argued that “Andrea has not been well served by the people she has brought in.” He contended that the new recruits generally came from the packaged goods industry and tried to use their packaged goods skills at Avon and “it failed big time.”

He and other Avon veterans have banded together and suggested Joe Ferreira as their own ceo candidate to succeed Jung. Ferreira was an Avon veteran who left the company in 2001 after a 20-year tenure, 11 of those years under Preston. Ferreira had no comment and neither did Avon on Monday.

As of Saturday, Preston said he not been contacted by the board either on his suggestion of Ferreira or his earlier call for Jung to make a clean break and leave the firm.