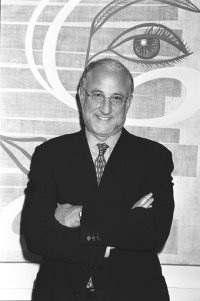 NEW YORK — Barneys New York may be in a quiet period due to a $90 million private placement for senior secured notes, but the store actually has something to crow about.

On Monday, the luxury specialty chain reported estimated results for the fiscal year ended Feb. 1 showing improvement in both the top and bottom lines, despite plummeting consumer confidence and the harsh environment throughout retailing.

Among the highlights in the preliminary report:

Operating earnings doubled to $29.7 million, from $14.5 million the year before.

While some of the gains were to be expected in light of the sharp declines right after the terrorist attacks on Sept. 11, 2001, Barneys has been cutting costs, watching expenses and renovating much of its selling space to increase productivity in best-selling, higher-margin categories, such as shoes, accessories, private label and contemporary sportswear. It’s also been managing inventories better, and last year negotiated more favorable rents.

The yearend results were contained in documents filed with the Securities and Exchange Commission due to the private placement. Final audited figures should be released in about four or five weeks.

Funds from the private placement, in the form of $90 million in senior notes due 2008, will be used to cover debt, roughly $75 million that comes due in 2004, as well as deferred lease obligations.

Barneys officials were not able to comment on the results due to the private placement, yet the positive results should help the company raise the funds.

Eventually, the primary owners, Whippoorwill and Bay Harbour Management, two investment funds that bought Barneys out of bankruptcy in January 1999, hope to sell the chain and the latest results should help their case, although any sale might prove difficult given Barneys’ narrow market appeal as a luxury fashion store focused on designer goods. Barneys operates flagships on Madison Avenue, in Chicago and Beverly Hills, as well as three smaller stores in Manhasset, Long Island, Chestnut Hill, Mass., and Seattle. The chain also operates two co-op stores, in SoHo and Chelsea, 12 outlets and two semiannual warehouse sale events.