Barneys on the Market: Iconic Retailer’s Value In Eye of the Beholder

The prospectus on Barneys is expected out soon and is said to have a starting value of $400 million and could go as high as $500 million. 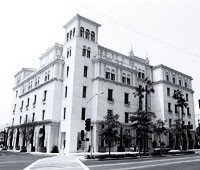 New York — Purchasing a business such as Barneys New York is like buying a house — there’s often a little romance involved.

The seller has to convince the buyer the property is worth the asking price, and that the big and little touches added over the years have enhanced value. And it helps if the seller is able to persuade the buyer that they have put a lot of love into the home.

The owners of Barneys, Whippoorwill Associates and Bay Harbour Management put the company up for sale this month at an opportune time. The specialty chain catering to well-heeled consumers has been riding the luxury wave. Its reported earnings reflect sales growth for 2003 and the first quarter of 2004. Comparable-store sales — stores open for at least a year — shot up 22 percent in the first quarter, marking the fourth consecutive quarter of positive comps.

That’s quite a turnaround from the days preceding Barneys’ Chapter 11 filing in January 1996. The retailer exited bankruptcy three years later.

The prospectus on Barneys will soon be released publicly. A person familiar with the chain’s balance sheet didn’t rule out the possibility of a $500 million price tag, and said Barneys has a starting value of $400 million. That calculation is reached in part by multiplying the 14.1 million shares outstanding by Barneys’ stock price, which has been in the $20-per-share range. In addition, most buyers assume debt, and the chain’s long-term debt is $90.5 million, according to the firm’s annual report filed with the Securities and Exchange Commission in April for the year ended Jan. 31. Another $10 million for the cash on its balance sheet and $15 million for future debt notes reaches the $400 million figure.

Another way of valuing Barneys is to give it a multiple of one-times sales, also in the $400 million range. But with a little romance, which includes showcasing its prime real estate and expansion opportunities, Barneys might fetch $500 million, according to an accountant familiar with luxury firm valuations.

“A one-times multiple of sales is within the range for a luxury retailer,” the accountant said.

Barneys’ annual volume in 2003 was $409.5 million. For the fiscal year ending Jan. 31, the chain anticipates $464 million in sales. Someone familiar with the retailer’s operations said the company also expects a 44.1 percent jump in earnings before interest, taxes, depreciation and amortization to $49 million, from $34 million last year.

Of course, to command a premium over the firm’s value, it “would depend on whether the buyer shares the same view as the owners over future growth potential, location sites and other assets such as management team,” the accountant said.

A premium for the privilege of 100 percent ownership — as well as control of a one-of-a-kind nameplate — may easily raise the value to a $500 million price tag, said an investment banker not connected to the transaction.

“The cachet value of Barneys is the highest that it’s ever been,’’ said John Brincko, the turnaround expert who led the firm during the bulk of its tour of bankruptcy court. “There is a broader range of merchandise in the flagship stores, and its Co-op concept holds a lot of promise, giving the company a venue for the entry-level customer.”

The Co-op stores carry an assortment of men’s and women’s apparel, accessories, shoes and cosmetics targeting younger consumers craving trendy and hip fashion. Co-op represents an expansion of Barneys’ quirkiest department, capitalizing on growth categories — particularly casual looks, denim and labels with limited distribution. Because the focus is on a more modern lifestyle, it has served as a launchpad for new, up-and-coming and often underfinanced designers. Co-op takes credit for launching labels such as Peraudin, as well as Daryl K, Katayone Adeli, Miu Miu, Chaiken & Capone and Claudie Perlot in the U.S. It also sells Prada Sport, Helmut Lang and 3 Dots.

Still, there is skepticism in the financial community over the growth potential for the Co-op stores. Industry experts are divided over how much contribution the business can add to Barneys’ bottom line.

Barneys’ indebtedness “could have important consequences,” according to the company’s SEC filing. Financial health issues cited as a result of indebtedness include limitations on flexibility in planning or reaction to changes in its business, vulnerability to adverse economic conditions and possible competitive disadvantage in comparison with rivals that owe less money.

Barneys’ debt-to-equity ratio — a barometer based on long-term debt and shareholder equity — is 54 percent, slightly higher than the 50 percent or lower that lenders favor. In the specialty realm in which Barneys competes, a rival such as Neiman Marcus Group has a ratio of 33 percent, reflecting that the shareholders own a substantial stake of the company’s capital base instead of Neiman’s creditors.

And there is more to Barneys’ expense structure to consider. The retailer had $22.2 million in letters of credit outstanding and $33 million in accrued expenses, which includes payroll and other employee benefits liabilities, according to the SEC filing.

Barneys, which operates 21 stores, has lease commitments of $440.2 million over a five-year period, including 295,619 square feet of selling space. Total gross square footage, which includes corporate offices and a distribution center, is 813,365.

To be sure, Barneys’ business has strengths, including spectacular locations for its three flagships on Manhattan’s Upper East Side, in Beverly Hills and in Chicago, real estate experts said. The firm has strong designer relationships, though it acknowledged in its SEC filing that it is dependent on them and is unable to predict general economic trends that may pose risks for the business.

“Having Kalenderian and Collinson as part of the management team would be very valuable to a buyer because of their expertise,’’ said Howard Gross, managing director at executive search firm Herbert Mines Associates. “They understand the Barneys customer and the nature of the business. That focus is unique to Barneys, and having people in there who know what they are doing is very important.”

The Barneys name also carries brand value in Japan, a major luxury market. A third Barneys New York store is set to open in Ginza in October through the company’s partnership with Isetan Corp., the Japanese department store operator. Barneys was in partnership with Isetan in the late Eighties in the construction of the Manhattan flagship, as well as the units in Chicago and Beverly Hills. Isetan, Barneys’ former landlord, has been one of the first Japanese department store chains to emphasize forward fashion, especially for the young consumer.

Although Isetan got embroiled in a fight with Barneys when the company filed for Chapter 11, the partnership arrangement for Barneys stores in Japan survived the bankruptcy, as did the landlord-tenant relationship. Isetan has since sold the properties housing the flagships.

“The locations are better now than they’ve ever been, with the Madison Avenue store a home run in real estate,’’ said Laura Pomerantz, principal of PBS Realty Advisors. “The Co-op on 17th Street [in Manhattan] is perfect, because the store’s aesthetic, and the customer it is trying to reach, work and live in the area. Everything about retailing is location, location and location, which impacts traffic and maximization of value.”

The Chicago store at Oak and Rush Streets, one block west of Michigan Avenue, is across the street from Prada and steps from the Yves Saint Laurent, Kate Spade and Ultimo boutiques. It is in “good company,” said Keven Wilder, a Chicago retail consultant. “I think they are in the right place in Chicago.”

New York-based Ashkenazy Acquisition Corp. acquired all three properties from Isetan in 2001 for $190 million. The price for the Madison Avenue store was $135 million, and the two other store sites each sold for $27.5 million, real estate brokers said. One broker in Los Angeles said that the Beverly Hills site is on the market for $50 million.

Beverly Hills, however, has often been considered the second best performer of the three flagships, with Madison Avenue in the lead.

Whether Barneys’ owners will get $500 million for the business depends on myriad factors, some predictable and some not. Whatever the sale price, there must be an agreement on how the retailer’s value is calculated, and, of course, whether the buyer will be willing to pay a premium. These issues will be hostage to the art of negotiation.

“Much will depend on the presentation of management, and the feeling that a buyer will get from owning a particular brand because a certain competition was won,’’ said Richard Kestenbaum, chairman of investment banking advisory firm Kestenbaum Associates. “Very few are immune to the desirability and good feeling of bragging rights.