Why Has Bankruptcy Become So Lethal?

Retailers file for Chapter 11 protection hoping to shed debt and find new investors, but for many, it’s the beginning of the end.

For many retailers, Chapter 11 can still lead to liquidations or further insolvency

When retailers head to bankruptcy court, they tend to project a sense of magical thinking. Barneys New York’s lawyer told the judge back in August that the goal was “making sure this company lands in the hands of someone that can operate it as a going concern.”

But, as the nearly century-old luxury retailer discovered in November, the court lately has been a grim destination for retailers — a place to wind up before liquidation, and at best be revived as a marketable idea sold to the only bidder. For Barneys, where executives, advisers and even top creditors spent months working to secure a buyer who would preserve its stores, that meant a sale to Authentic Brands Group, a licensing company that plans to rent out the name to Saks Fifth Avenue.

In just the last two years, roughly three dozen major retailers — including Sears Holdings Co., Forever 21, Charlotte Russe, Payless ShoeSource and Gymboree Group Inc. — have filed for bankruptcy protection, some for the second time, according to data tracked by research firm Coresight Research. The insolvencies have led to liquidation sales and record store closures. More than 9,000 store closures were announced in 2019, according to a Nov. 15 report by Coresight, which projected the number would hit 12,000 by the end of the year.

Why is bankruptcy so lethal? In 2014, two law professors at the University of California Los Angeles found that some 30 percent of large public companies that sought to reorganize in the previous two decades had failed. The odds have not improved since for retailers, which have struggled to reach consumers online, and are bringing heavy debt loads into a restructuring process marked by high burn rates, tight deadlines to find new investors and mounting obligations to creditors.

For lenders and creditors, recouping losses and reaping the maximum value out of the bankrupt company is taking priority over the costly endeavor of rebuilding a retail business, experts said.

“The balance between the ability to find income streams or cash quickly, and the ability to muster a large amount of capital, and sometimes raise a fair amount of new capital to properly capitalize a retailer [going forward] — that is a big challenge,” said Jennifer Bellah Maguire, a partner at Gibson, Dunn & Crutcher LLP who co-authored the second edition of the industry manual “Fashion Law and Business: Brands & Retailers,” released in September.

Bankruptcy proceedings can move faster than investors looking to buy a company can complete their due diligence and assemble enough financing to make a going concern bid. The average bankruptcy case lasts about 16 months, according to the study by the UCLA law professors Lynn LoPucki and Joseph Doherty, which was published in the UCLA Law Review in 2015. The study was based on cases filed after 1994 and which closed before August 2014.

But the deadlines to complete a sale can be much shorter. For instance, although Barneys’ debtor-in-possession lenders Brigade Capital Management LP and B. Riley accommodated repeated deadline extensions for aspiring going concern bidders to submit their offers, they ultimately oversaw a timeline that gave the retailer under three months to secure a buyer.

“[Lenders] want to minimize risk by reducing the time in Chapter 11, and that is good,” said Brian Davidoff, who chairs the bankruptcy practice at Greenberg Glusker Fields Claman & Machtinger LLP. “[But] the courts struggle between moving the case along efficiently and giving other stakeholders the chance to evaluate the opportunity to put a foot in the ring.”

All the while, the companies bleed money, which also limits their time to maneuver. Gymboree, for instance, said in court documents that it expected to pay out roughly $85 million to $120 million in disbursements each month during its first bankruptcy in 2017, while Sears said it was losing $125 million per month during bankruptcy. The expenses only pile on as the company’s army of legal professionals start delivering their bills. 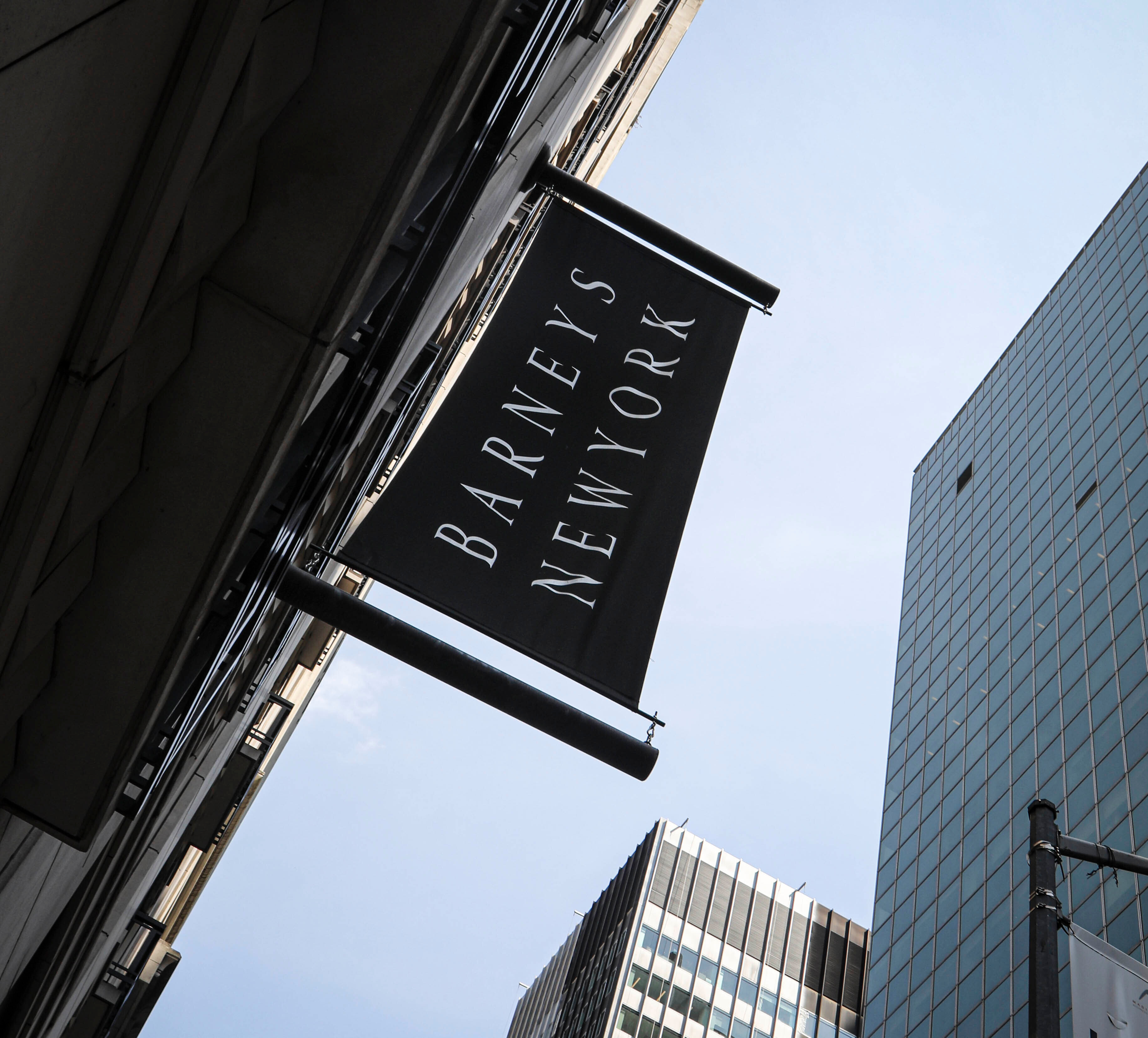 For their work from Aug. 6, when Barneys filed for bankruptcy, to Sept. 30, its attorneys at Kirkland & Ellis LLP sought more than $2.5 million in fees and costs. Barneys was also being advised by other attorneys and financial advisers during that time.

“Now you factor in all of the professional fees, and you may have a burn rate of millions of dollars each week,” he said.

Then there is the debt load. Toys ‘R’ Us and Sears each entered their bankruptcies with more than $5 billion in funded debt, while Sports Authority Holdings Inc. and Gymboree each had roughly $1.1 billion in funded debt at the time of their Chapter 11 filings in 2016 and 2017, respectively, according to court documents.

Barneys, a niche operation with around two dozen stores at the time of its bankruptcy, had gone in with more than $192 million in secured debt, which it paid off using much of its roughly $217 million in debtor-in-possession financing.

In many of these cases, the numbers may also speak to retail’s increasingly well-publicized dynamic with investors like private equity firms and hedge funds.

Barneys had been owned by now-defunct hedge fund Perry Capital, while Gymboree and Toys ‘R’ Us had investors including private equity firm Bain Capital. Critics say these types of investors tend to make different leadership choices at retailers, and are overall more mercenary and are more focused on the short-term than traditional lenders like large institutional banks.

“Retail businesses in particular have been snapped up by [private equity], and one aspect is, very often, you lose the DNA of the brand of the people who started it and developed it,” Wander said.

“And on the lending level, you have people looking to make larger returns, and quicker than banks,” he said.

But for many retailers, the problem isn’t just a matter of capital structure, but of deeper operational issues, said experts.

Payless Shoesource, which has had private equity investors including Golden Gate Capital and Wolverine Worldwide, also filed for bankruptcy for the second time in February, after its predecessor filed for bankruptcy in 2017. At the time, Payless said, “Unfortunately, we emerged from the prior reorganization ill-equipped to survive in today’s retail environment, with too much remaining debt, too large a store footprint and a yet-to-be realized systems and corporate overhead structure consolidation.”

“The fact is, most retail companies that go into Chapter 11, not all but most, have far more problems than just the level of debt,” said Mark Cohen, director of retail studies at Columbia Business School and former chief executive officer of Sears Canada Inc. “Their performance is not good, and the bankruptcy process doesn’t do anything to remediate that.”

The UCLA law review study did suggest that companies could improve their odds by reaching agreements with stakeholders and investors before filing for Chapter 11 protection, or a pre-packaged bankruptcy.

But that can be a tough ask for distressed companies, where the instinct might just be to cut their losses, bankruptcy experts said.

“Chapter 11, for a long time, has evolved from the original conception of a negotiated reorganization of a company, to primarily a sales process by which a board and the officers can be in control of a liquidation,” said Donald Gaffney, partner at Snell & Wilmer LLP who advises companies on bankruptcy issues.

For retailers in particular, where industry perception and the support of vendors and employees is critical, there is also a treacherous “game of dominos” to navigate, as Toys ‘R’ Us put it in its bankruptcy filing. Vendors are paying closer attention to retailers’ performance, and insisting on cash-on-delivery, or shipping in small quantities if they suspect trouble ahead, and their fear is contagious. 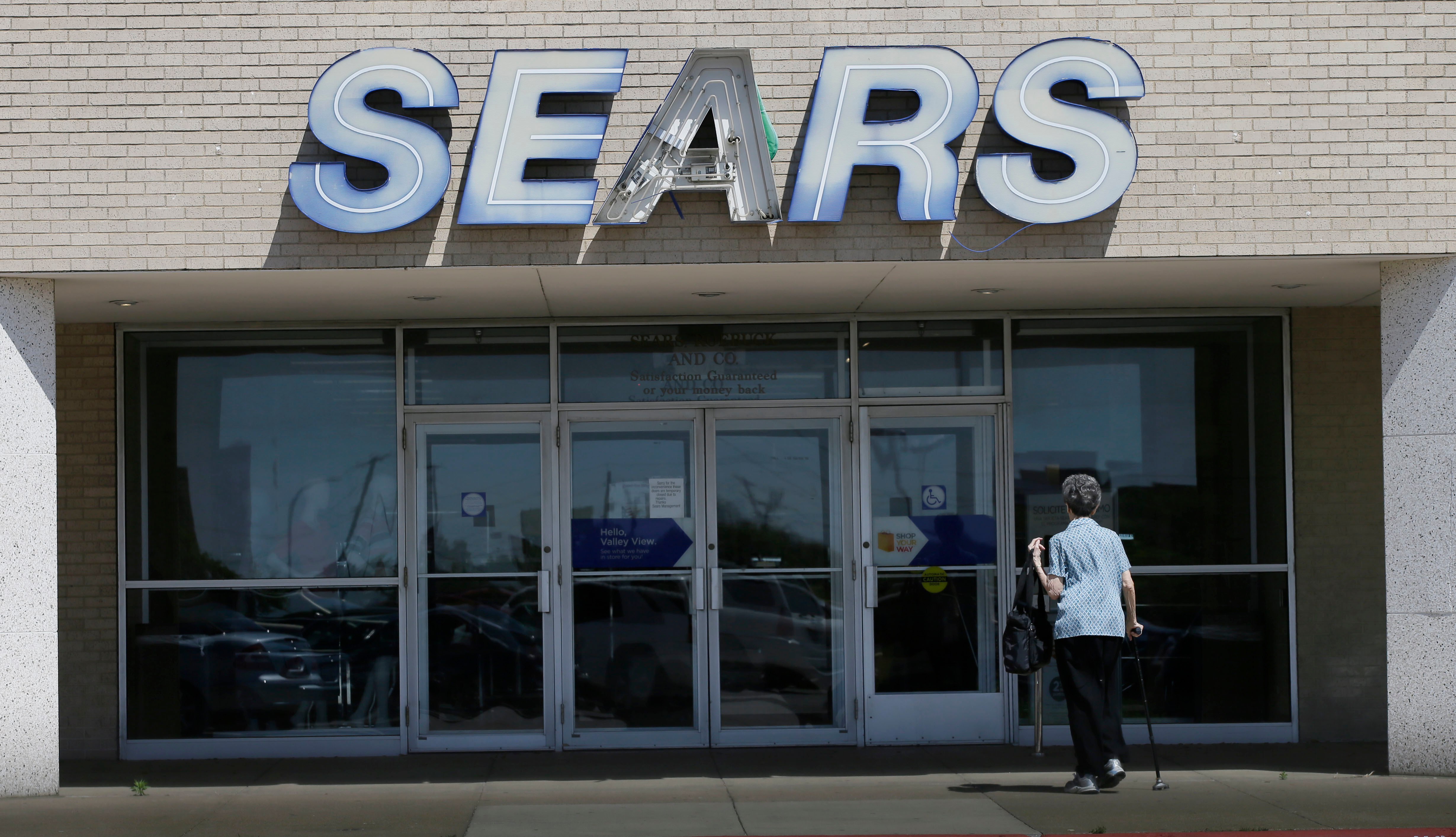 A Sears store in Dallas.  AP/REX/Shutterstock

Barneys, Toys ‘R’ Us, and Sears all described this phenomenon in bankruptcy filings as skittish vendors pulled back, insisting on stricter payment terms. Sears, which saw its trade credit shrink by nearly 80 percent around its bankruptcy, said in court filings that without support from vendors, it might be “relegated to the dustbin of history.”

For retailers depending on trade credit to keep their inventory up, the loss of confidence can be devastating to the business, and hard to rebuild, said Cohen, the former Sears Canada executive.

“The retail business is in quite a bit of turmoil,” he said. “It’s always been somewhat tumultuous, but there are retailers now who are hanging on by a finger tip.”