Battling the Slowdown With Tighter Inventory

Retailing has become a game of defense.

By Evan Clark and Jeanine Poggi on May 23, 2008
View Slideshow 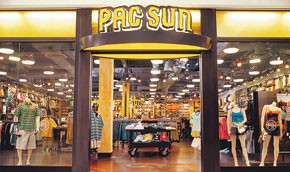 RETAILING HAS BECOME A game of defense.

An alphabet soup of stores — from Aéropostale to Zale — posted first-quarter results Thursday that highlighted just how cautious shoppers have become. Stores are protecting themselves by slashing expenses and stringently controlling inventories, but can only do so much.

“We’re talking about a consumer that certainly is way too nervous to start spending a whole lot of money,” said Ken Goldstein, economist at The Conference Board. “I don’t think that’s going to change a whole lot this summer. There’s a chance that might even start to intensify.”

Employers cut a seasonally adjusted 260,000 jobs for the first four months of the year and Goldstein said the trend of job cuts could continue for another four months, further casting a pall over consumer spending for the rest of the year and perhaps into next year.

Besides the employment picture, which is of vital importance to consumer spending, gas prices are continuing to rise, topping $4 a gallon in parts of the country.

“That $135 barrel of oil is not yet on the tanker, let alone the local gas station,” said Goldstein. “That not only takes money out of consumers’ pockets, but the impact is far more psychological for most.”

All this pressure could be too much for some stores.

“You can cut inventory just like you take sales folks out of the store, but eventually there isn’t anything else to cut,” said Matt Katz, managing director at Alix Partners LLC, a restructuring and advisory firm.

Stores still have to take on some risks to differentiate themselves from their competitors.

“If everybody has the same idea of what’s on trend and what’s hot and they’re cutting [inventory] around the fringes, there’s certainly the danger of sameness,” said Katz.

Finding a sweet spot among the younger crowd, teen retailer Aéropostale Inc. was a standout, reporting a 27.2 percent surge in earnings, buoyed by strong sales of both fashion and core basics. Profits reached $17.5 million, or 26 cents a diluted share, from $13.8 million, or 18 cents in the year-ago period. Sales swelled 22 percent to $336.3 million from $275.8 million, while total same-store sales soared 10 percent. The company expects second-quarter earnings in the range of 22 cents to 24 cents a diluted share.

This story first appeared in the May 23, 2008 issue of WWD. Subscribe Today.

Not all teen retailers fared as well, though.

The company revised earnings in light of regional exposures in the California markets. It expects earnings from continuing operations to be 3 cents to 8 cents a diluted share.

Stage Stores Inc.’s earnings fell 75.2 percent to $2.3 million, or 6 cents a diluted share, for the three months ended May 3 from $9.1 million, or 20 cents, in the same year-ago quarter. Last year’s results included a gain related to sale of a credit card portfolio. Sales dipped by 1.3 percent to $353.5 million from $358.2 million, while same-store sales decreased 5.4 percent.

“We are projecting that our comparable-store sales will be down between 3.0 percent and 5.0 percent during the second quarter,” said Jim Scarborough, chairman and ceo, citing the impact of economic headwinds on consumers.

Zale Corp. is on a slightly different calendar, but the economic pressure is largely the same. The jewelry store’s third-quarter losses widened to $16.8 million, or 40 cents a diluted share, from $4 million, or 8 cents, in the year-ago period. Sales for the three months ended April 30 increased 6.2 percent to $476.7 million from $449 million.