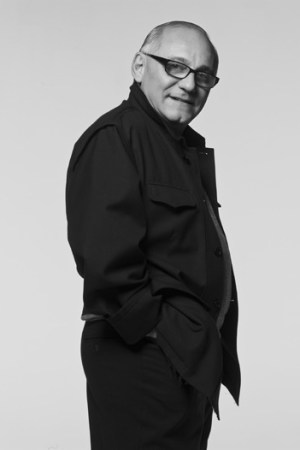 BCBG Max Azria Group Inc. is working to secure a new $230 million term loan to refinance a portion of its debt.

Standard & Poor’s Friday gave the proposed senior secured first-lien term loan a rating of “B-minus.” The debt watchdog also raised BCBG’s corporate credit rating to “B-minus” from “CCC-plus.” The company’s current rating suggests that it has capacity to meet its obligations, but that adverse economic conditions might change that.

BCBG has a $110 million first-lien term loan coming due in August that, if not refinanced, could impair the firm’s liquidity. The refinancing would extend repayment on the debt until 2015.

“The ratings on BCBG reflect our belief that liquidity will improve to ‘less than adequate’ from ‘weak’ after the completion of the refinancing, with an extended maturity profile and adequate covenant headroom,” said S&P analyst Helena Song.

S&P added that the rating reflected “expectations that although revenue will likely weaken in fiscal 2011, operating performance and credit metrics should remain relatively stable in 2011, benefiting from higher operating margins as a result of better product mix and a gradually improving economy.”

Low interest rates and easier terms from banks have made for a refinancing boom in fashion, with vendors and producers alike rolling over debt at better terms.

BCBG is owned by Tunisian-born Max Azria who has built a fashion empire through a frenzy of dealmaking. The company draws annual revenues of about $1.1 billion, according to Moody’s Investors Service.

In 1998, BCBG bought the French fashion house Hervé Léger. The Don Algodón chain of stores in Spain was purchased in 2005. The following year, BCBG acquired the Max Rave chain, which closed in January. That year it also bought French retail Alain Manoukian, and inked a deal to sell a ready-to-wear line called Tex by Max Azria at Carrefour in France, Spain, Italy, Belgium, Portugal and Greece. That deal fizzled in 2009.

BCBG launched a Miley Cyrus line as an exclusive with Wal-Mart in 2009.