Beauty CEOs in the Hot Seat

Accusations flew. Wall Street pointed fingers. Board members grumbled. And revolving doors spun. It was a tumultuous year for a handful of major beauty firms.

By Molly Prior on December 10, 2012
View Slideshow 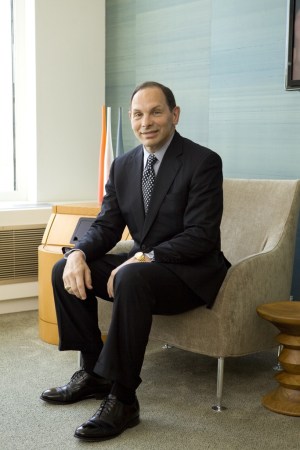 Accusations flew. Wall Street pointed fingers. Board members grumbled. And revolving doors spun. It was a tumultuous year for a handful of major beauty firms.

The excitement started early in 2012 when Avon Products Inc. began searching for a new chief executive officer to replace Andrea Jung after a series of executional missteps and disappointing earnings. Jung, who had served as the very visible face of the company to both Wall Street and the firm’s 6,000,000 direct-sales representatives for 12 years, faced an unrelenting onslaught of criticism for Avon’s mounting troubles. They included an ongoing investigation by the Securities and Exchange Commission tied to allegations that the company bribed government officials in China, and possibly in other countries. Sheri McCoy took over as Avon’s ceo in April from Johnson & Johnson, with Jung moving into the role of executive chairman. But not before Coty Inc. came calling with a bold bid to acquire the much larger company. Avon rebuffed the offer, prompting Coty to go down the path toward an initial public offering.

Despite Avon’s recent lackluster earnings, McCoy promised to tackle the company’s challenges with a slow and steady approach. “We know what the problems are and they are solvable,” she told Wall Street analysts in October. Jung plans to step down as executive chairman at the end of this year.

Things at Coty weren’t quiet for long either. Several months after Coty began the process for its long-awaited IPO, the company’s ceo, Bernd Beetz, stepped down from the top post. In August, Michele Scannavini, the former president of Coty Prestige, assumed the top spot. Beetz’s departure was seen as abrupt, as it happened after the initial IPO paperwork had been filed in June. Beetz — who grew the company’s sales nearly threefold to $4.1 billion since his arrival in 2001 — is widely credited as the architect of the post-Elizabeth Taylor celebrity fragrance revival and the mastermind behind Coty’s aim to move deeper into skin care and cosmetics.

Procter & Gamble Co. chairman, president and ceo Bob McDonald also found himself fending off criticism in 2012. The consumer products giant’s lackluster performance and market-share losses attracted the attention of activist investor William Ackman of Pershing Square Capital Management. Ackman took aim at the company’s performance and that of McDonald, calling P&G “a very fat and bloated company.” Despite the public call for a leadership change, P&G’s board pronounced it was standing by McDonald and his strategy to fix what ails the $83.7 billion firm. McDonald, for his part, waved off the criticism and ploughed ahead with a turnaround plan designed to rebuild market share, accelerate product innovation and cut costs. Dubbed the 40-20-10 plan, the strategy is focused on P&G’s 40 largest businesses, top 20 innovations and 10 most important developing markets, all while wringing out $10 billion in costs by 2016.