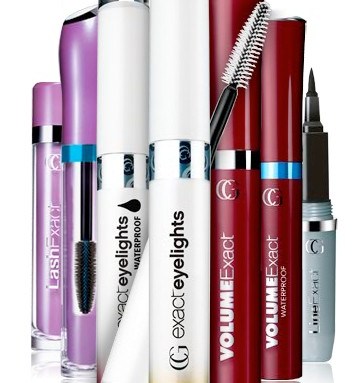 Beauty is poised to be Robert McDonald’s sweet spot.

The new chief executive officer of Procter & Gamble Co., say analysts, will surely look at the division to provide the growth profit drivers it needs to power through the tough economy. Its game plan going forward, as characterized in recent days, will have the firm growing beauty both horizontally and vertically, a strategy the industry is applauding.

“The company has been very aggressive with marketing messaging that talks to the value and quality of its brands versus department store brands,” said Wendy Liebmann, founder and ceo of WSL Strategic Marketing. “Especially in skin care [Olay Definity, ProX] and cosmetics [Cover Girl]. They’ve taken a very direct, in-your-face approach that says, ‘Why buy department store when ours are proven as effective and at a much better price?’ There is clearly no subtlety in that message.”

McDonald may even get closer to beauty than A.G. Lafley, P&G’s current president, ceo and chairman, who assumes a full-time chairman role July 1, when McDonald will take on his new role. In a conference call with investors Wednesday, McDonald said P&G will become a flatter and simpler organization in order to accelerate growth. Neither McDonald nor Lafley would comment.

Retailers are looking for better results all around from the firm’s beauty division.

A survey of executives from six leading retailers, who spoke not for attribution, gave P&G mixed reviews on its beauty performance this year. While they said P&G pretty much “owns” skin care with Olay Total Effects and Regenerist, its newest high-end range, ProX, “is selling, but it is doing better in wealthier markets.” Hair care in general is a tough category now, they said, one that is also declining for P&G. But, retailers said they are looking forward to Pantene’s relaunch slated to hit shelves next year. Cosmetics sales are good, buyers said, but it can be challenging working with Cover Girl, the leading cosmetics brand in most chains. “They don’t spend as much as other brands based on sales per ad dollar,” said a retailer.

Profitability in general is a sore issue between P&G and retailers.

“The more you ship and sell, the less you make as a retailer. They like to claim they drive consumers and build market baskets, but the hard fact is dollars and cents don’t usually add up,” said one retailer.

But the category is still one of the highest profit margin builders in a drugstore. And during his tenure, Lafley built P&G into a beauty giant and put sweat equity into establishing it as a major player in the industry. As for whether McDonald brings the same focus on beauty, Connie Maneaty, analyst at BMO Capital Markets, said now that the business is well established, P&G’s new leader does not have to be as well versed in the category.

The firm’s commitment to beauty has been continually underscored this week, as rumors of the appointment began swirling. During the company’s presentation at the Deutsche Bank Securities Global Consumer & Food Retail Conference in Paris, Shirley, P&G’s vice chair of Global Beauty & Grooming, told investors that 16 of the firm’s top 43 brands are in the beauty and grooming portfolio. Together those brands account for 85 percent of beauty and grooming sales and more than 90 percent of the profits.

Shirley also outlined the upcoming changes in the approach P&G takes to its beauty business. “As a company of brands, historically the brands competed against one another…it’s a bit of survival of the fittest,” said Shirley. “There’s an opportunity to think much more holistically [about the consumer].” Going forward, Shirley said P&G will organize its efforts around the user — “putting the consumer at the center of our focus” — rather than individual product categories.

Shirley cited P&G’s prestige customer as an example. “This consumer, who previously we defined as just a fine fragrance consumer, is really a luxury goods or prestige shopper. Our opportunity is to broaden our portfolio [in the luxury tier]. We know how to make the best skin care and cosmetics in the world. We are the leader in hair care technology,” he said.

P&G moved more deliberately into luxury with the introduction of Dolce & Gabbana cosmetics in Milan, London and New York earlier this year. Actress Scarlett Johansson is the face of the cosmetics range. His other ideas include broadening P&G’s footprint in salons by offering services and treatments, while clients wait during the hair coloring process. And on the men’s side, P&G recently acquired the luxury shaving care business, Art of Shaving, “meeting men’s needs beyond Gillette,” said Shirley.

Indeed, McDonald faces different challenges than his predecessor when he took the reins in 2000 – including the worst global recession in decades.

“A.G. came into his leadership role at P&G at a time when the company needed vision and he certainly provided that. Bob comes in at a time when P&G needs to really evaluate what the growth profit [drivers] are and the selected market share losses the company is enduring,” said BMO’s Maneaty.

In the past, P&G has selectively raised prices to buffer commodity costs, but Maneaty attributed much of the firm’s share losses to consumers’ collective decision to curb spending.

Overall, McDonald’s appointment hardly surprised the beauty industry. Executives have had several months to digest that change was near, especially when last March the firm unveiled the upcoming retirement of Susan Arnold, the executive who oversaw the building of many of the division’s billion-dollar brands. That made McDonald the obvious candidate to succeed Lafley as ceo.

The industry acknowledges that though McDonald’s 29 years at P&G has only brought him about a year’s worth of time overseeing beauty, his career within the company’s Fabric Care & Home Care division, along with his 10 years experience in Asia and his recent role as chief operating officer, poises him well for the top slot, said Liebmann.

“I read this as the opportunity the company sees to build an even more substantial global business — across all its key categories. A.G. also spent time in Japan, so that’s not such an unusual path for a P&G ceo,” Liebmann said.

And Maneaty sees McDonald’s strengths as twofold: He brings logistical expertise — “making sure the company clicks” — and a well-informed international lens.

Joseph Altobello of Oppenheimer & Co. agreed: “He’s very disciplined. That likely comes from his military background. He was head of operations so he knows the nuts and bolts of the company. That really is his big strength,” he said. McDonald’s experience in Asia, added Altobello, may help drive the company’s growth in emerging markets as sales in North America and Western Europe continue to feel the brunt of the weakened economy.

One analyst even said McDonald would get to the nitty-gritty to help what is ailing P&G’s sales.

While Lafley is seen as a big-picture leader – and is considered one of the business world’s leading ceo’s – “Bob is much more detail-orientated than A.G. [Lafley],” said SunTrust Robinson Humphrey analyst William Chappell. “A.G. was the corporate visionary. Bob gets into the weeds,” he said, adding that McDonald “understands each category from a domestic and international perspective.”

Even Lafley, who has long been hailed as P&G’s knight in shining armor, can hit a rough patch in these tough economic times. For its most recent quarter, P&G posted net sales declines of 8 percent to $18.4 billion; net earnings were down 4 percent to $2.6 billion, with sales down across all business units. The Beauty division suffered worst with net sales down 9 percent during the quarter to $4.3 billion; net earnings fell 14 percent to $504 million.

Despite the financials, SunTrust’s Chappell said the company is not in need of an overhaul. “At this stage of the game, it just needs to sharpen some elbows.”

And Altobetto does not think the appointment, which came earlier than most expected, was a reaction to the economy.

“A.G. has been ceo for nine years. He turns 62 this Saturday. This has been expected at some point. It’s earlier than I anticipated, but I feel Bob is clearly the guy. Fabric and home care has been his [domain] but he’s spent almost three decades there and most recently as head of operations, so he understands the business,” said Altobetto.

“I am sorry to see A.G. go,” he continued. “We have immense respect for him. He has done a great job for Procter. But luckily Bob has a lot of interaction with Wall Street. He is not an unknown.”