Rihanna, Pucci, Karl Lagerfeld and biodynamic wines were some of the topics he broached with shareholders at LVMH's annual general meeting.

PARIS — Rihanna, Pucci, Karl Lagerfeld and biodynamic wines were just some of the topics luxury magnate Bernard Arnault broached with shareholders on Thursday at the annual general meeting of his LVMH Moët Hennessy Louis Vuitton conglomerate, which provided a broad overview of the group’s 70 brands.

Coming just days after LVMH completed its $2.6 billion acquisition of hotel and leisure company Belmond, the meeting underscored the group’s newfound focus on experiences, with Arnault repeatedly emphasizing the importance of broader social and environmental concerns.

“Our values are creativity, quality, entrepreneurship and now I will add another one, which is the search for meaning, which we must analyze, think about and bring to our customers and our partners,” he said.

To that end, shareholders approved the nomination of photographer Yann Arthus-Bertrand as an advisory board member. The founder of the Good Planet foundation was previously associated with rival French luxury group Kering, which supported the release of his 2005 documentary film “Home.”

Share owners also greenlighted the appointment of Sophie Chassat, an expert in corporate philosophy and branding, and Iris Knobloch, president of Warner Bros. France, as new members of the board. Chassat is expected to contribute “her philosophical insight into societal changes,” LVMH stated.

The group has revved up its communications efforts in recent years to counter a perception that it was only interested in racking up profits — namely through its Journées Particulières open-doors event, which drew 180,000 visitors for its fourth edition in October.

Arnault noted LVMH was also addressing supply-chain issues, including tightening requirements for its suppliers of crocodile skins, and exploring the introduction of biodynamic methods in its wine-growing activities, beginning with the Clos des Lambrays vineyard in Burgundy.

In addition, LVMH pledged this week to donate 200 million euros towards rebuilding the fire-ravaged Notre-Dame Cathedral. Arnault refuted accusations that the gift was motivated by the prospect of a hefty tax deduction, saying LVMH and the Arnault family investment firm would not qualify for any tax breaks.

“It’s a baseless controversy. It’s quite deplorable to see that in France today, you get criticized even when you[…]do something in the common interest,” he said, calling on shareholders to share their dismay online if they are satisfied with the group’s donation. “In many other countries, we would be praised instead.” 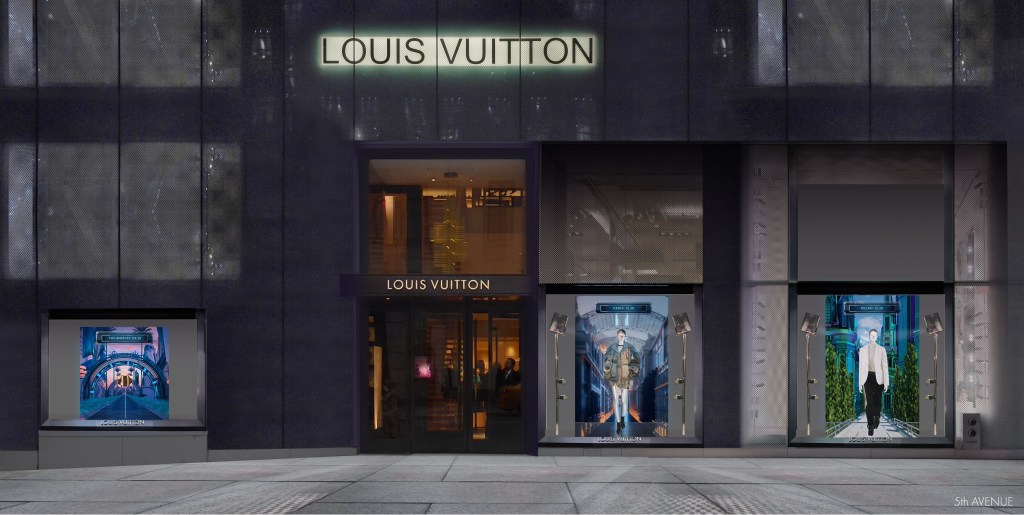 Nonetheless, Arnault’s business savvy appeared intact as he underlined the success of the Louis Vuitton brand, whose revenues sailed over the 10-billion-euro mark in 2018, by describing its appeal on the resale market.

“When Louis Vuitton products are successful, which is generally the case, it’s like bottles of Romanée-Conti [wine] — in the space of a few hours, or a few days, you find them online at markedly higher prices. That is not the goal, but it goes to show the extraordinary desirability of this brand,” Arnault said.

He revealed that Fendi would stage a couture catwalk show in Rome this summer in homage to its late creative director Karl Lagerfeld, underlining the house’s “great sadness” over Lagerfeld’s death in February, two days before the Italian brand’s fall ready-to-wear show in Milan. Fendi confirmed the Rome show would take place on July 4.

Arnault went on to describe Hedi Slimane’s debut at Celine as a “great success,” touting strong demand for his debut spring rtw collection. “We already have waiting lists in store before the products have even arrived. I just hope we manage to produce enough,” he said.

He also highlighted the success of Fenty Beauty, a partnership between Rihanna and LVMH-controlled Kendo, noting that it will soon expand into skincare. Asked to comment on rumors — first reported by WWD on Jan. 17 — that LVMH and the singer are planning to launch a luxury house under her name, Arnault played coy.

“I appreciate that you’re interested in Rihanna — so am I. She’s an extraordinary singer, but we like surprises, so I have a surprise in store for you. And since it’s a surprise, I won’t say anything more,” he said.

Arnault was slightly more forthcoming about Christian Dior’s planned new store on Avenue des Champs-Elysées, due to open in the summer.

The three-story unit, carrying all product categories, will have a surface of 9,685 square feet and will feature an innovative retail concept that will be tested for the first time, according to a source familiar with the project.

“It’s a temporary store that will be used during renovations on the Avenue Montaigne [flagship], which we will totally renovate. So I hope that by the time this temporary store opens, the yellow-vests problem will be fixed. We hope it will, otherwise we will wait a little,” said Arnault.

LVMH’s caution is justified: protesters belonging to the antigovernment movement were filmed last November looting a recently opened Christian Dior Parfums store on the Champs-Elysées, prompting scores of luxury stores across Paris to stay shut on Saturdays in the run-up to the holiday season in December.

On a separate note, Arnault denied speculation that LVMH is looking to sell Italian label Pucci, which has been without a creative director since the departure of Massimo Giorgetti in 2017. “The company is not for sale,” he said, without elaborating.