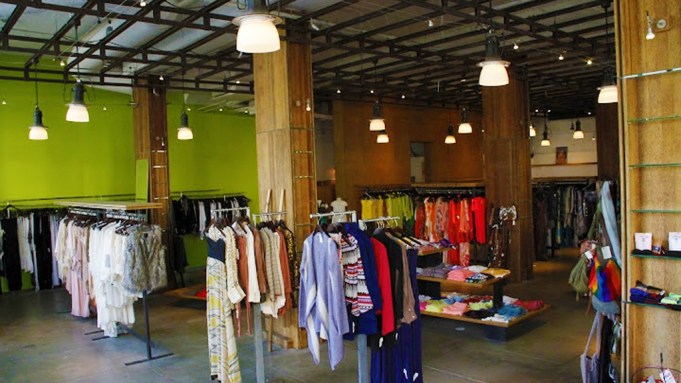 LOS ANGELES — Can Planet Blue do for California boho chic online what Nasty Gal has done for the edgy rocker girl?

Breakwater Investment Management LLC believes it can and has invested an undisclosed amount to acquire a minority stake in Planet Blue to fuel the California retailer’s online and wholesale business. With its Web site being the primary driver, Planet Blue forecasts its sales could reach $100 million in the next three to five years, up from an anticipated $20 million this year.

“We are getting prepared for a hyper-growth spike depending on what happens on the Web à la Nasty Gal. That was one of the case studies we went deep into when we evaluated Planet Blue,” said Saif Mansour, founder and managing partner at Los Angeles-based Breakwater. “In 2012, Planet Blue had $12 million in annual sales and was profitable. That’s a little on the small end for Breakwater, but what we saw is Planet Blue has tremendous brand loyalty and the depth of the audience going to the site showed a much broader opportunity beyond its four-store brick-and-mortar retail showcase.”

Today, e-commerce is responsible for roughly 20 percent of Planet Blue’s sales and wholesale 15 to 20 percent, according to the retailer’s chief executive officer James Williams. “Within the next two, three years, it is going to flip-flop and e-commerce we expect to do the vast majority, probably 80 percent of the business. We will be heading into triple-digit growth [online,]” he said, noting that the company is already experiencing year-to-date sales growth of 30 percent without ramping up its Web operations.

Planet Blue’s wholesale lines Blu Moon and Blue Life will get a boost as the retailer intensifies its online and international businesses. Already in 500 accounts, including Shopbop.com and Revolveclothing.com, the wholesale lines constitute 30 percent of Planet Blue’s Web site sales, and could account for 40 percent of sales in its international doors. Planet Blue has partnered with Sanei International to expand in Japan. It opened its first store there this month in the Tokyo suburb of Roppongi Hills and plans to open at least 12 stores in the country in five years.

Planet Blue has begun building its internal infrastructure to push growth. It has hired Eugene Kang, formerly head of e-commerce at Forever 21 and an e-commerce manager at Mattel, as vice president of e-commerce. Jennifer Kassell, who was previously a senior buyer at mycatwalk.com and a consultant working on launching Australian brands in the U.S., has joined as fashion director, and Mary-Dorothy Line has come on board as chief financial officer. Line was most recently cfo of Splash News and Picture Agency Inc.

Although Mansour is adamant the Internet is Planet Blue’s future, he doesn’t rule out more stores. He said, “I look at the stores as showcases. I think there’s a place for Planet Blue in New York in SoHo, in San Francisco in Union Square, in Austin and in Miami in South Beach. I believe that by investing in those channels that are driving profitable margin then we can take cash flow and put that in stores, which are a break-even to profitable marketing investment. What I don’t believe we are going to do is be a 50-store retail outfit.”

Breakwater focuses on taking minority positions in profitable, growing companies generating $5 million to $100 million in annual sales and has recently invested in apparel and accessories maker Bleach Group Inc. and spa and fitness specialist Exhale Enterprises. It is taking a 7 percent stake in Planet Blue, but could raise that to 10 percent if the retailer decides to secure additional funding from the firm. “You don’t want to over-leverage or overstress the business just to give them capital that is going to sit on the balance sheet, so we structure a program and then, as they work through their initial budget, plan and [figure out] performance metrics, we will put in another installment of capital, but, if they don’t need it or want to get it from another partner, it’s not mandated,” explained Mansour.

Planet Blue founder Ling-Su Chinn stressed that the ability not to substantially dilute her ownership drew her to Breakwater. “It was important to me to have a connection with someone. I didn’t want to have a boardroom filled with people from Russia or New York who thought they knew my brand,” she said. “I got ahead with zero money and I’m here, strong. Giving 40 percent of my company away to some big players who may have done important things, it just didn’t feel right to have them tell me exactly what to do. We know what we are doing and are really happy to be in partnership with Saif.”