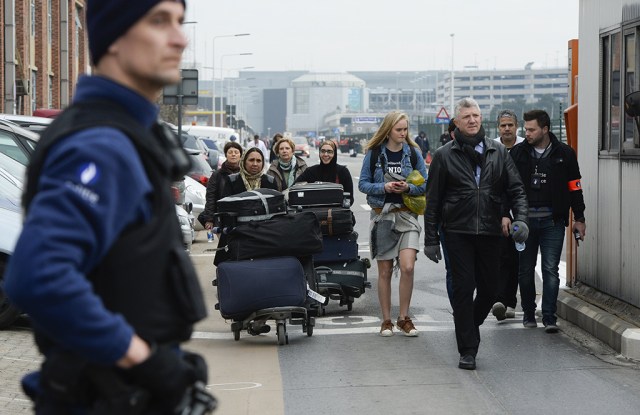 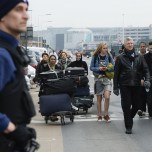 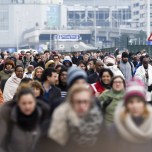 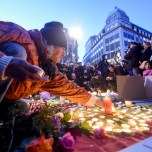 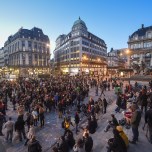 PARIS — Deadly explosions in the Brussels airport and subway system on Tuesday morning ignited fears of fresh terror attacks in Europe, putting the Continent on edge.

Citing the Belgian health ministry and the Brussels metro operator, the BBC said at least 26 people died after blasts at the Zaventem airport and Maalbeek station, prompting closures of the airport and public transport.

The attacks come four days after Salah Abdeslam, the main fugitive in the November attacks in Paris that claimed 130 lives, was captured in Brussels.

In a statement following the Brussels attack, Mark Rowley, assistant commissioner of the national lead for Counter Terrorism Policing, said London’s Metropolitan Police is increasing policing at key locations across the city, including transport hubs, as a precautionary measure.

“In London specifically, the Metropolitan Police Service has mobilized additional officers, who will carry out highly visible patrols at key locations around the capital including the transport network,” said Rowley. “The police presence across London and the rest of the U.K. is constantly under review. We are in close liaison with the Belgium authorities, and will continue to monitor the situation. The threat to the U.K. from international terrorism remains at severe as it has been since August 2014, meaning an attack is highly likely.”

In France, interior minister Bernard Cazeneuve dispatched some 1,600 additional security officers, and reinforced security in all transports and train stations, following an emergency meeting at the Élysée Palace this morning.

“We’re at war,” said French Prime Minister Manuel Valls. Security measures are still at the highest level since the November terror attacks in Paris and the state of emergency was extended in February until late May.

Paris mayor Anne Hidalgo said the Eiffel Tower will be illuminated with the Belgian flag colors on Tuesday, out of solidarity with the victims and the Belgian people.

“Faced with these despicable, arbitrary and cowardly actions, we have the responsibility to uphold our convictions,” said Hidalgo.

“Our response must be firm and uncompromising: on the one hand, to guarantee the safety of our citizens — and for this I rely on the police, gendarmes and the Army mobilized in the field — and on the other hand by continuing and stepping up our actions in the fields of education, good cohabitation and dialogue between communities. We will not give up. We will remain united in defending our model of society.”

Milan mayor Guiliano Pisapia will be expressing his support and commemorating the victims of the attacks during a speech to be given later today at the Palazzo Marino in Milan’s Piazza della Scala. He has also called for a minute of silence from the entire city.

“Brussels is the emblem of Europe and the terrorist strikes were trying to diminish our freedom. The best answer is to manifest the unity of all at the defense of democracy, solidarity and the founding values of our continent. That’s why I wanted to meet the European Union representatives in Milan, the Honorary Consul of Belgium and wrote a message to the Mayor of Brussels to express mine and the city’s proximity during this dramatic moment. Our city is at their disposal, as whoever wanted to hit Brussels wanted to hit all of us, our communities and our freedom,” Pisapia said. “In Milan there is a continuous cooperation between the judiciary, the police and all institutions which allows city life to continue to operate. Aware of the dangers terrorism poses, we will make even greater efforts in the future.

According to the BBC, security has been increased at Gatwick and Heathrow airports and the U.K. Foreign Office has advised British nationals to avoid crowded areas in Belgium. British Prime Minister David Cameron will chair a meeting of the COBRA, or emergency response committee for national and regional crises, later this afternoon.

American President Barack Obama, who is in Cuba for an historic visit to strengthen bilateral ties and open markets to U.S. goods and services, addressed the terrorist attacks in Belgium before a key speech on Tuesday morning.

“The thoughts and prayers of the American people are with the people of Belgium who stand in solidarity with them in condemning these outrageous attacks against innocent people. We will do whatever is necessary to support our friends and allies in Belgium in bringing to justice those who are responsible. This is yet another reminder that the world must unite. We must be together regardless of nationality, or race or faith in fighting against the scourge of terrorism.”

He added: “We can and we will [defend against those] who threaten the safety and security of people around the world.”

Belgian department store chain Galeria Inno, a subsidiary of Hudson’s Bay Co.’s Kaufhof department store division, has decided to keep its four stores in greater Brussels closed. Its 12 other Belgian stores are open with heightened security, a spokesman said, noting that the reopening of the Brussels locations would depend on the security situation and recommendations of public authorities.

According to the latest figures released by tax-free operator Global Blue and analyzed by Barclays, tourist spending worldwide rose 4 percent in February, following a 3 percent uptick in January. That compares with a 15 percent increase in February 2015.

Sales in Europe declined 2 percent, the slowdown linked to “a tougher comparison [with last year], the impact of the Paris terrorist strikes and the effect of the introduction of biometric passports,” according to Barclays.

European stock markets were down in midmorning in the wake of the blasts.

Retail and luxury stocks were mostly down, with the biggest fallers including Salvatore Ferragamo, 2.6 percent to 22.23 euros; Hugo Boss, 2 percent to 56.07 euros; Jimmy Choo, 5.9 percent to 1.28 pounds, and Italia Independent Group, 1.5 percent to 20 euros.

According to a spokesperson for the Paris mayor’s office, hotel bookings plummeted 20 percent in the second half of November, but have been recovering since, logging a 10 percent drop in December and a 7 percent drop in the first half of January.

“Parisian life is taking its course, activity is picking up again with an extremely solid tourist sector,“ the spokesperson told WWD.

Tourism can account for as much as 70 percent of sales for European luxury firms such as Ferragamo, Richemont and Prada, according to Barclays estimates.

The Paris events took a direct toll on apparel consumption, which had started to see a recovery in the months of August, September and October. “The attacks of November 13 altered the playing field, and business activity that month registered a sharp decline compared to November 2014, down 7.7 percent in value terms,” according to the French Institute of Fashion (IFM). “Year-end festivities failed to reverse the trend, especially as the mild December weather limited clothing buys eliminating any hope of a consumer recovery in 2015.”

Subsequently, textile and apparel consumption for the full year 2015 is expected to show a slight decline of 0.4 percent versus 2014.

Première Vision, the bellwether textile trade show which attracts a large number of international visitors, registered a 5.2 percent drop in visitors year-on-year to 55,025 during its last edition in February. Visitors from Japan were down 19 percent to 1,258, though the organizers noted that foot traffic from the U.S. increased 6 percent to 1,847.

Despite the recent terror attacks in Istanbul and Brussels, Première Vision Istanbul is slated to go on as planned from March 23 to 25 — albeit with increased security measures. “Please kindly note that we took the necessary actions to reinforce the security measures and welcome you in a safe and successful show,” it posted on its Web site.

At Texworld and sister shows Apparel Sourcing, Avantex and Avanprint, which were held at the same time, attendance declined by around 7 percent from last year’s 13,639.

A spokeswoman for Galeries Lafayette group said that “traffic is still not exactly back,” without providing any details.

In the immediate aftermath of the attacks, the French capital’s two major department stores — Galeries Lafayette and Printemps — had reported a slump in sales of 50 percent and 30 percent, respectively.

Both venues have beefed up security measures to reassure customers since then.