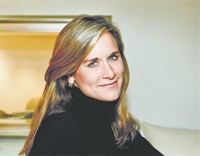 LONDON — Retail sales and a flourishing fragrance business increased first-quarter revenue at Burberry Group plc by 18.4 percent to 135 million pounds, or $248.4 million, from 114 million pounds, or $210 million, in the year-ago period. All figures have been converted at current exchange rates.

New retail stores around the globe, as well as existing units, were big growth drivers in the period ended June 30, the company said in a statement on Wednesday.

The first-quarter results “reflect the continued momentum of Burberry’s retail operations across our primary product categories and geographical regions,” said Angela Ahrendts, who took over as chief executive officer from Rose Marie Bravo on July 1. “As a whole, performance in the period to June 30 was consistent with expectations for the full financial year.”

During the period, Burberry added stores in locations that included Atlantic City, N.J., a replacement store in Taipei, Taiwan, and two accessories concessions in Spain. Burberry’s transition during the past year from a largely wholesale business to a mostly retail operation in Spain has also begun to pay dividends.

Spain, and Taiwan, where Bur­berry purchased the operations and assets of its distributors last August, contributed 14 percentage points to the 34.4 percent rise in retail sales, the statement said.

Burberry has been progressively shifting its focus to retail. In the period, wholesale accounted for 28 percent of total revenue.

Antoine Belge, equities analyst with HSBC in Paris, said in a report Wednesday that first-quarter sales beat his expectations, and that U.K. sales, which had been sluggish, were finally picking up. They were strong for the second quarter in a row, and up in the double digits in the quarter, he said.

Antoine Colonna, equities analyst at Merrill Lynch in Paris, said sales were 3 percent ahead of his expectations, driven mostly by an acceleration of like-for-like, or underlying, sales.