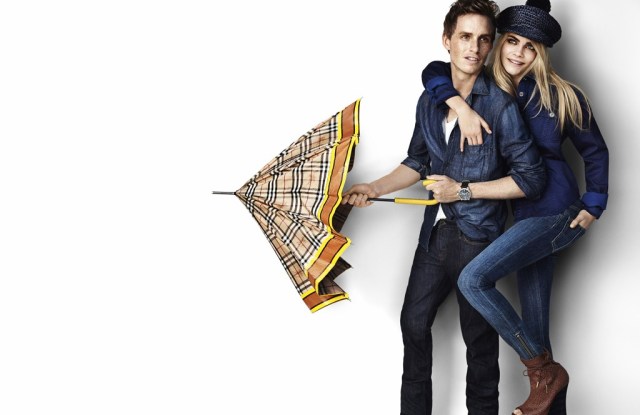 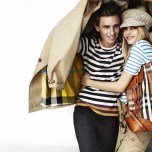 This story first appeared in the April 18, 2012 issue of WWD. Subscribe Today.

Stripping out Burberry’s now-discontinued Spanish operations from the same period last year, revenues grew 19.4 percent at actual exchange rates. All dollar rates have been calculated at average exchange rates for the periods in question.

Strong retail sales, which jumped 24.6 percent during the period to 743 million pounds, or $1.16 billion, boosted revenues. The firm said that same-store retail sales during the period rose 12 percent, and that stores in flagship markets within the U.K., France and China all performed strongly. Stacey Cartwright, executive vice president and chief financial officer at Burberry, said that in the company’s stores in cities such as London and Paris, traveling consumers continued to drive sales. “It’s the Russian customer, the Middle Eastern customers and Chinese customers,” said Cartwright.

Wholesale sales rose 7.4 percent during the half to 230 million pounds, or $361.1 million, which Burberry said was impacted by a planned shift from wholesale to retail in Saudi Arabia and Spain, along with the planned “rationalization” of the brand’s distribution in the U.S. and Europe.

Asia-Pacific was the best-performing region during the half, with retail and wholesale sales rising 37.7 percent to 387 million pounds, or $608 million. In Asia, Cartwright said China performed particularly well, as Burberry continued to reap the benefits of acquiring its Chinese business back from its distributor in the region in 2010. “We put in place a lot of strategies to drive retail sales, to do with merchandising, making sure we have inventory on the floor, making sure we’ve trained the store staff in terms of sales and service, and all of that has been driving disproportionate [same-store] sales growth,” said Cartwright. “Even in this last quarter…we still put on another 20 percent [same-store] sales growth in China.” Cartwright said Hong Kong also performed well, as did Singapore.

Sales in Europe rose 11 percent during the half. In the Americas, sales grew 7 percent, which Burberry said reflected the planned rationalization of wholesale distribution in the region as the label continues to halt sales of off-price merchandise. In terms of retail sales in the U.S., Cartwright said the label had seen a “high-single-digit” sales increase, and that its mainline sales in the region “are just tipping into double-digit [sales growth].”

Licensing revenues rose 10 percent to 54 million pounds, or $84.8 million, which the firm said stemmed from growth in fragrance, watches and eyewear.

In the year ahead, the company plans to open about 15 mainline stores with a focus on emerging markets and cities with “high tourist inflows.” Cartwright said openings are planned for Brazil, Chicago, Hong Kong and Shanghai, along with a 25,000-square-foot store on Regent Street in London.