Despite rise in first half, Burberry is bracing for a slowdown in second-half profits. 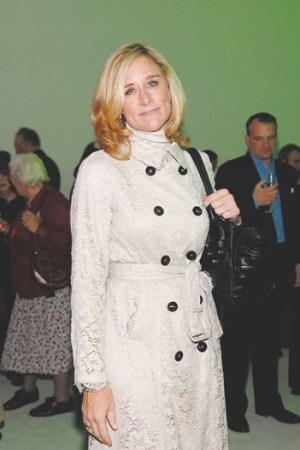 LONDON — Burberry Group plc saw first-half profits climb 13.1 percent to 74.8 million pounds, or $144.4 million, but the company is bracing for a slowdown in the second half and warned year-end earnings may be at the low end of market expectations.

Burberry said trading in the second half has been “more difficult,” especially in the U.S., where it is anticipating lower department store reorders. Overall in the second half, the company expects wholesale revenue to be down by a single-digit percentage on an underlying basis.

The company said that due to the anticipated slowdown, year-end adjusted profits before tax would be in the “mid to lower half of market expectations.”

According to a Citi report, that puts 2008–09 profits in the range of 160 million pounds, or $310 million, to 188 million pounds, or $365 million. Looking to next month, the bank said in a report Tuesday, “Burberry’s recent patterns of strong trading volatility, higher clearance levels and rising inventories are likely to persist around Christmas.”

Meanwhile, the company is making inroads in other markets. Burberry said Tuesday it had signed joint venture agreements in Japan and the Middle East. The first allows the company to distribute its international non-apparel lines in Japan for the first time, while the second gives Burberry greater control over distribution in the region — and a larger share of profits from sales.

In an interview, Burberry chief executive Angela Ahrendts said that in the U.S., urban areas such as Los Angeles, Manhattan and parts of Texas are proving more resilient than suburban ones, and the “shining star” categories include men’s and women’s outerwear and women’s ready-to-wear.

She said that with regard to wholesale accounts in the U.S., Burberry was in some cases outperforming the department stores themselves. Ahrendts added the children’s wear category has been “sensational,” growing more than 50 percent in the first half. The company has opened two freestanding children’s stores, in Palo Alto, Calif., and Westchester, N.Y.

However, in a sign of the times, the Burberry ceo said that in the current half a higher proportion of U.S. retail sales is going through outlet stores, such as Woodbury Common Premium Outlets, at a lower gross margin.

Outside the U.S., the news is more upbeat.

In Japan, Burberry is putting the finishing touches on a joint venture with its long-standing license partners Sanyo Shokai and Mitsui & Co. The venture will be majority owned by Burberry and will give the company full exposure to the largest accessories market in the world. Until now, Burberry had produced products under license solely for distribution in the Japanese market. The new operation is scheduled to be active next year.

In the Middle East, Burberry signed a deal with franchisee Jashanmal National Group to create a new, Dubai-based company in which Burberry has a 59 percent stake. Burberry chief financial officer Stacey Cartwright said the deal will give the company a greater share in the profits from its eight retail stores in the region, and that six more stores would open soon.

Ahrendts said the new Middle Eastern base will allow Burberry to have greater control over its wholesale distribution generally and to service its U.S. department store clients in the Middle East, such as Saks Fifth Avenue and Bloomingdale’s more fully.

Store sales have grown 40 percent in the region, according to Burberry.

With regard to expansion in other emerging markets, Ahrendts said that over the next four years Burberry will have a total of 100 stores in China, and expansion is continuing in India, where the company will open a third unit in Bangalore in February. “These markets are at very different stages of the growth trend curve, and it is important that we are present in every one of them,” she said.