Is ‘Vegan’ Leather Worse for the Environment Than Real Leather?

Capri Holdings Ltd. continues to invest in its brands. But investors remain skeptical about the future.

Shares of the parent company to Michael Kors, Versace and Jimmy Choo fell 9.85 percent to $35.06 a share in trading on Wednesday after the company released quarterly earnings with mixed results.

While overall company sales were up last quarter, bottom line profits fell. By brand, Jimmy Choo continued to lead the growth, with top-line sales shooting up 28.7 percent. The company also made gains with Versace. Revenues in the Versace brand, the first quarter reporting under the Capri umbrella, were $137 million. But the operating loss was $11 million. At Michael Kors, both revenues and income fell. Capri also revised down its full-year revenues for the current fiscal year.

John Idol, Capri’s chairman and chief executive officer, said the losses stem from lower revenues in wholesale and a weak North American business. Still, he assured analysts on Wednesday morning’s conference call that the results are consistent with the company’s expectations — among them was to stabilize and reposition the Michael Kors brand for long-term growth — and that more changes are coming. They just might not be apparent for another quarter.

“I don’t see the North American marketplace returning to any type of significant growth in the accessories category in the near-term,” Idol said. “We know it’s going to be down a little bit in North America and it’s going to be up in Europe and Asia. We believe we’re going to have stable operating margins.” 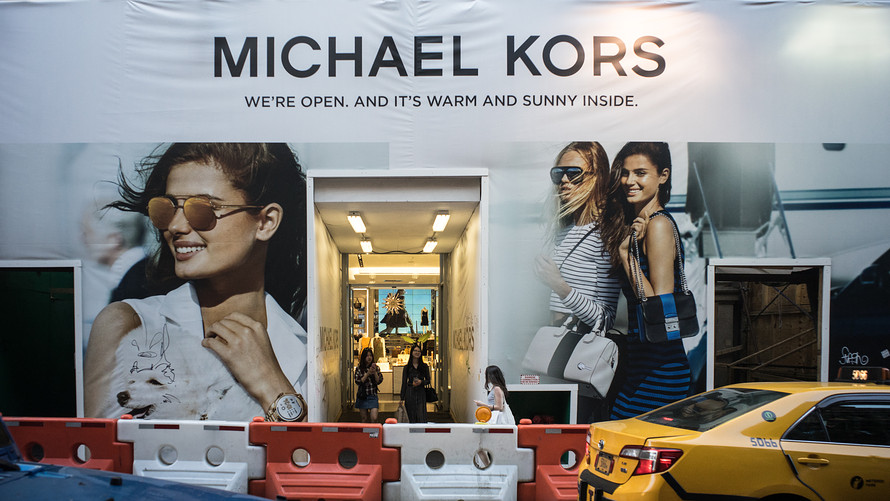 In fact, while the signature collections at all three brands continue to be in demand, Idol said the opportunity lies in extending the assortment into new categories.

“If we can keep Michael Kors as the foundation, as we transition a little bit more to our women’s ready-to-wear, footwear and men’s wear, we think there’s a good place for us to inflect for future growth, along with the Asia opportunity,” Idol said.

That might help stabilize Capri’s balance sheet, which is operating with less cash after two years of significant investments. In January, the company closed the deal on acquiring Versace, which cost $2.1 billion. The year before that, Capri — then known as the Michael Kors Ltd. — bought Jimmy Choo for $1.2 billion. While Jimmy Choo is now proving profitable, the acquisition of Versace might take another year to see similar results. Idol said the second or fourth quarter have historically been the most profitable for Versace. At the same time, the current North American market, which Idol described as “weak,” continues to drag down the Kors brand.

“Unfortunately that has been driven to some degree by the activities around promotions, where we see our competitors have been very aggressive in price,” Idol said. “And that seems to drive down more of that transaction value. We’re actually seeing unit sales [go] up continued. It’s unfortunate; it’s more of a pricing issue.”

But there’s a silver lining: The Kors brand, one of the biggest players in the accessible luxury market, is benefiting from robust sales in the Asian and European markets.

“We’re really pleased how this [brand in other markets] has returned to health,” Idol said. “And that was all part of our repositioning.”

“Those accessory businesses will really add margins and profits,” Idol said. “We would like to see the North American accessories market contract a little bit more for us. In fact, we want to go after even more heavily our women’s ready-to-wear or footwear. And our men’s business is starting to get some nice traction. So we want to take the pressure off everything having to be around women’s accessories. We think that’s a healthier long-term route for us.”

That also includes offering less promotional sales than in the past and having fewer products in the marketplace, which creates more demand. 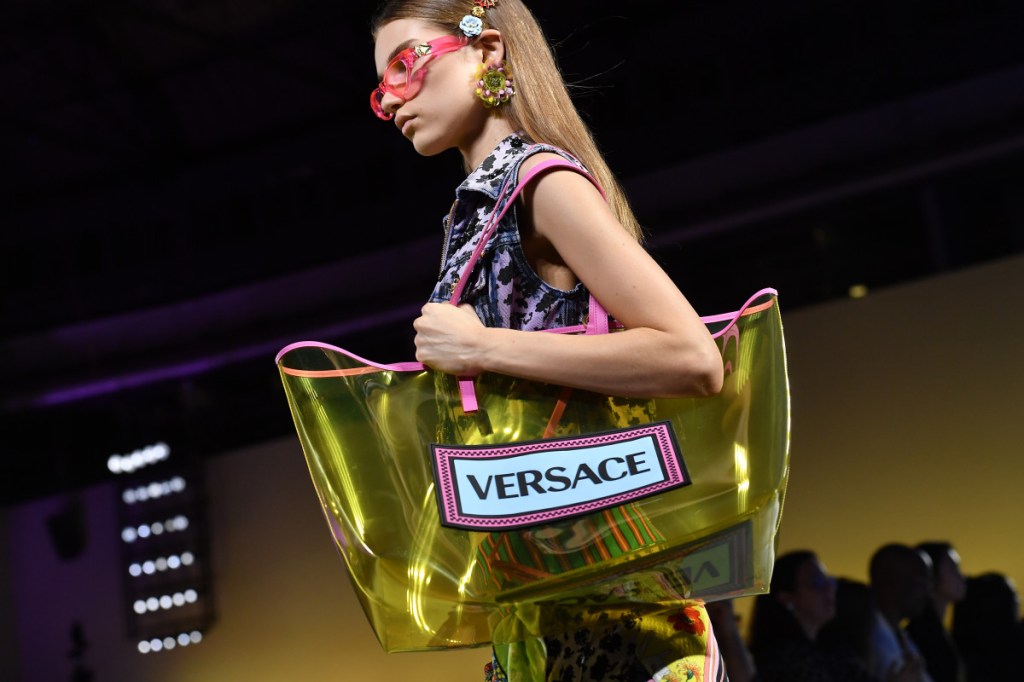 “Versace really does not have a women’s accessories business for all intents and purposes,” he said, but pointed out that Donatella Versace, who still serves as creative director of the brand, has “moved at lightning speed” to create new products.

Jimmy Choo is also upping the ante on its accessories business with increased investments in its marketing campaign, which includes a new logo — the first in 23 years for the company — and ad campaigns with influencers like model Kaia Gerber.

“Our goal is to get [Jimmy Choo] above where it historically peaked, which was around 10, 12 percent operating margin,” Idol said. “We want to be in the mid-teens, high teens. And accessories will be the cornerstone to that.”

Meanwhile, the handbag market is proving to be a lucrative one — especially abroad.

“While we have concerns about [fourth-quarter] results and first-quarter outlook, we are incrementally more positive on the North American handbag market following [Tapestry’s] results,” Paul Trussell, a managing director at Deutsche Bank, wrote in a recent note about Capri.

Tapestry is the parent company to Coach, Kate Spade and Stuart Weitzman, and perhaps Capri’s biggest rival. It reported earnings earlier this month, improving on top-line sales, with particular strength in men’s wear and footwear — especially in China. In fact, despite all of the macroeconomic noise around tariffs and a slowdown in Chinese consumer spending, Tapestry remained bullish on China, even revealing the opening of more stores this year. That’s good news for competitors like Capri that are trying to move similar products, like luxury handbags.

Deutsche Bank placed a “buy” rating on Capri and set a year-end price target of $69.

“Clearly [the] small bag is what’s driving the business at retail today,” Idol said. “We see that not only in the more accessible luxury category, but what we see in the luxury category. The $995 to $1,395 bag is where we see tremendous amount of strength for both Versace and Jimmy Choo. And also in Michael Kors in our collection business as well.

“As you look out over the next year or two, what we’re going to be able to do with Versace and Jimmy Choo, is going to add to our earnings pretty quickly,” he added. “We feel really good quite frankly about the position that we’re in right now.”

Capri Holdings revealed it would hold an investor day on June 4.