Executive pay is always a hot button issue — coming at the nexus of class, corporate performance and just, “Wow, that’s a lot of money.”

It’s a tricky topic that has become all the more so during the coronavirus pandemic. Lockdown furloughs sent whole segments of the retail workforce home without pay and when stores did open back up, it was front line workers at the bottom of the compensation food chain who were facing the public.

Many chief executive officers took temporary pay cuts to share the pain with workers, and the industry is moving toward a $15 an hour minimum wage.

But sharing the pain is an excessively relative notion when CEOs are seeing multimillion-dollar pay packages (even when much of it comes from stock and option grants, the value of which fluctuate with the market and the company’s performances).

The counterpoint is that the people at the top spent that last year making decisions that could make the difference between bankruptcy or a new future and, in the context of multibillion-dollar companies, even their mammoth paychecks are small.

With details of C-suite pay packages coming out in the latest round of proxy statements filed with the Securities and Exchange Commission, the debate can begin anew with the pandemic and more progressive politics under the Biden administration potentially ratcheting it up a notch.

Notes: Walmart also paid out a total of $1.5 billion in four special cash bonuses to U.S. hourly associates, which came on top of their regular incentive payments. Paid time off and leave policies were also enhanced during the pandemic while over 500,000 new associates were hired. 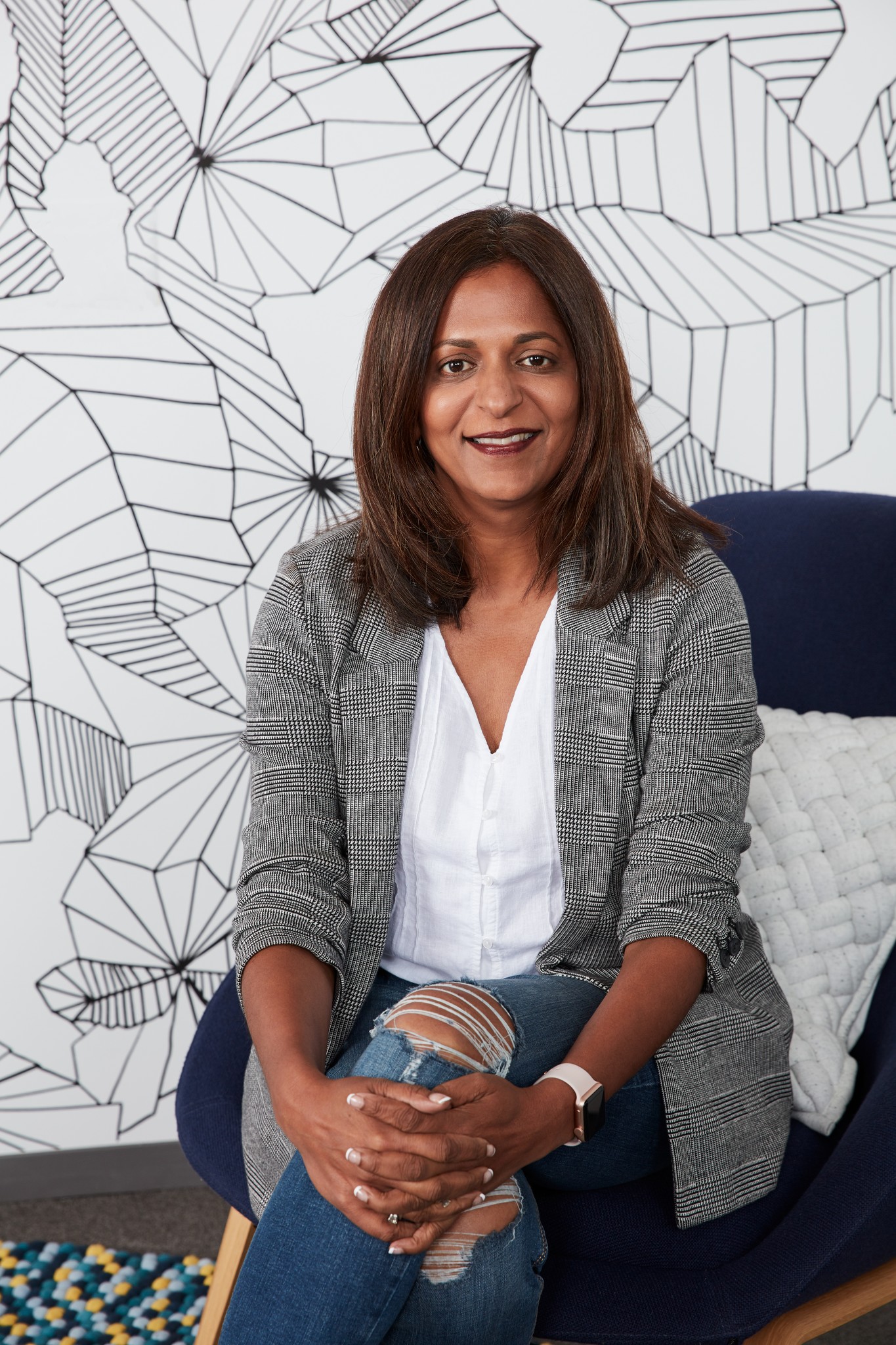 Notes: Syngal officially took the helm at Gap Inc. just as the world fell apart in March 2020. While the focus at the company is giant Old Navy and the growing and buzzy Athleta, she has also been looking to make more of the company’s namesake brand, which is just starting to roll out its collaboration with Kanye West’s Yeezy and also made an unusual connection with Walmart to launch homegoods. “The brand is the asset,” she told Wall Street . “And we’re going to come up with new and relevant ways through partnerships as well to amplify the reach of the brand.”

Notes: Cornell has received high marks for steering the company through the first rushes of the pandemic, when the discounter was one of the few retailers that stayed open, providing essential goods to shoppers. The company’s stock has doubled over the past year, it took on e-commerce leader Amazon and positioned for the future with a brick-and-click approach.

Notes: One of the first tasks for Meslow, who took the CEO reins from founder Leslie Wexner last year, has been to split the company in half after the deal to sell control of Victoria’s Secret to Sycamore Partners fell apart during the pandemic. L Brands is still considering its options and could sell or spin off the business as it focuses on its Bath & Body Works business.

Notes: Ralph Lauren did not take a salary last fiscal year in light of the pandemic and skipped his bonus payment the prior year, which ended just as the pandemic began. (His bonus topped $9 million in both 2018 and 2019). In a letter to shareholders with CEO Patrice Louvet, the executive duo said: “At Ralph Lauren, our first and primary focus has been ensuring the safety and security of our teams….As we progressively emerge from the pandemic, we are a stronger business than when we came into it. Despite its disruptions, we fundamentally transformed the foundations of our company in fiscal 2021 — progressing on the goals we set out in our Next Great Chapter Strategic Plan to deliver sustainable long-term growth and value creation.”

Notes: After 15 years as CEO of PVH Corp., Chirico handed the reins over to his chosen successor, Stefan Larsson in February. During his run, Chirico played a big part in building the modern company, wheeling and dealing to bring Calvin Klein, Tommy Hilfiger and Warnaco on board. He also took a strong stand relatively early on, pointing the company toward a broader purpose than just shareholder interests.

Notes: Rendle oversees a powerhouse portfolio that includes Vans, The North Face, Timberland and, the most recent addition, Supreme. The company stood out last year as one of the very few retailers that had the financial strength — and the necessary C-suite culture — to avoid any furloughs of store associates during the pandemic. 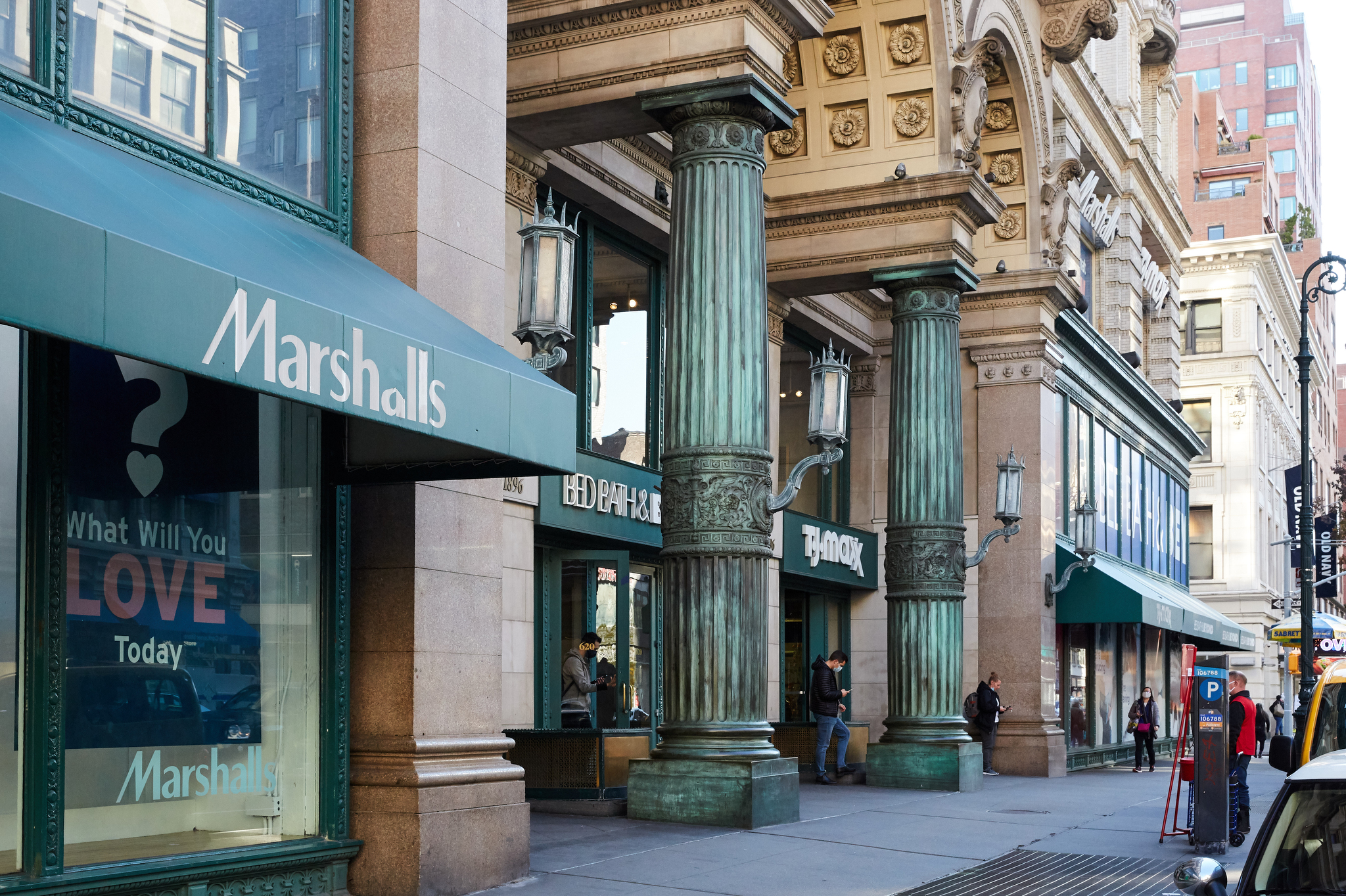 TJX Cos. inc., CEO and president

Notes: Off-pricers such as TJX’s T.J. Maxx and Marshalls were among the hardest hit by the COVID-19 shutdowns last year, since they are still largely brick-and-mortar businesses relying on foot traffic and an in-store treasure hunt experience. TJX’s stores were closed for approximately 24 percent of the year and sales, in turn, fell 23 percent to $32.1 billion. The company paid its employees for at least three weeks following the initial shutdowns, but then furloughed the majority of its hourly workforce. Now the company is back with aggressive growth targets. 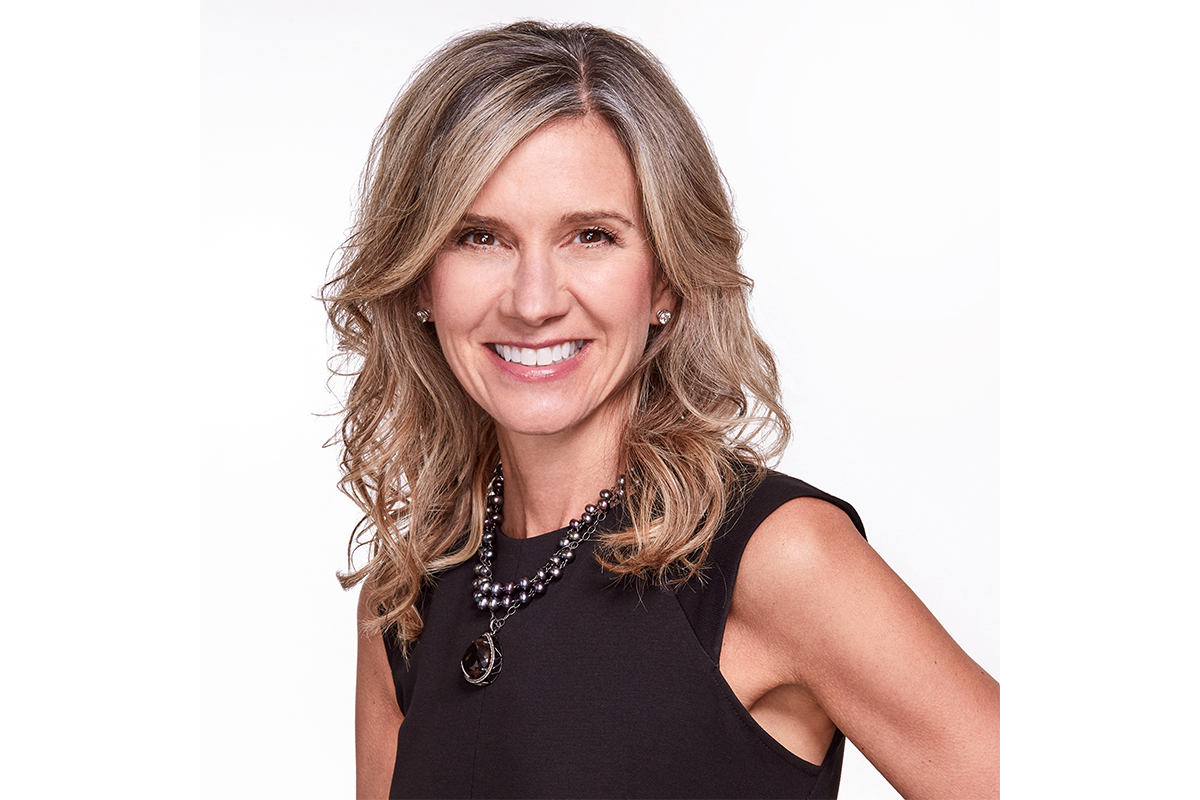 Notes: Kohl’s noted in a regulatory filing that its board’s compensation committee met to set incentive opportunities in March 2020 when all of the company’s stores were closed. The committee set up “a two-part 2020 annual incentive plan with 50 percent based on Kohl’s comparable sales relative to the comparable sales of the performance peer group and 50 percent based on an assessment of management’s ability to lead through the crisis and manage financial liquidity and profitability, as determined by the committee in its discretion.”

Notes: Even before the pandemic, Louvet was working hard to strengthen the company and build on its brand. Under his eye, Ralph Lauren has been moving its price points higher, trimming its portfolio by licensing off Chaps and inking a deal to sell Club Monaco and increasing its marketing spend among other steps to prepare for the future.

Notes: As the hands-on head of the largest U.S. retailer, Furner took a holistic view during the pandemic. “At times, it’s easy to see what the end result is in retail, but you’re not always thinking about the truck drivers and the order fillers and the unloaders who are doing so much of the retail work in the background,” he said. “The teams learned a lot about how to optimize the assortments, what needs to be in a store versus the fulfillment center and the marketplace.” 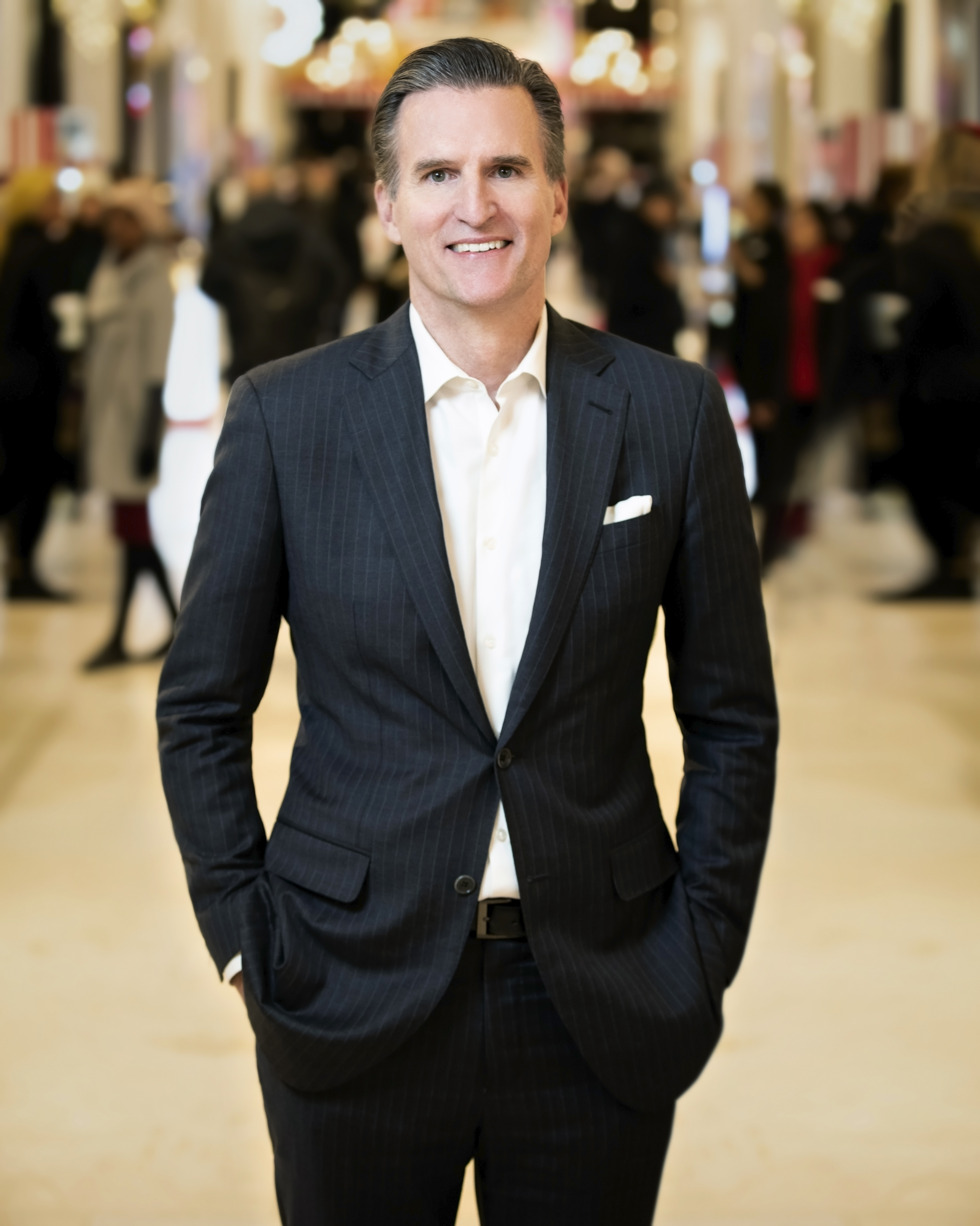 Notes: Gennette’s salary fell 25 percent as he did not receive compensation starting from April 1, 2020, and for “the duration of the crisis.” Macy’s resumed its normal compensation schedule at the end of June.

Perks: $1.3 million in relocation costs tied to his August 2018 appointment as CEO

Notes: Despite the pandemic, Lululemon proved itself to be a company on the move last year. The firm’s revenues rose 11 percent to $4.4 billion as the company opened its 100th store in the Asia Pacific region and, in June, bought the in-home fitness company Mirror. To keep up its momentum, the company is focused on a strategic plan that is heavy on product innovation, “omni-guest experience” and market expansion. 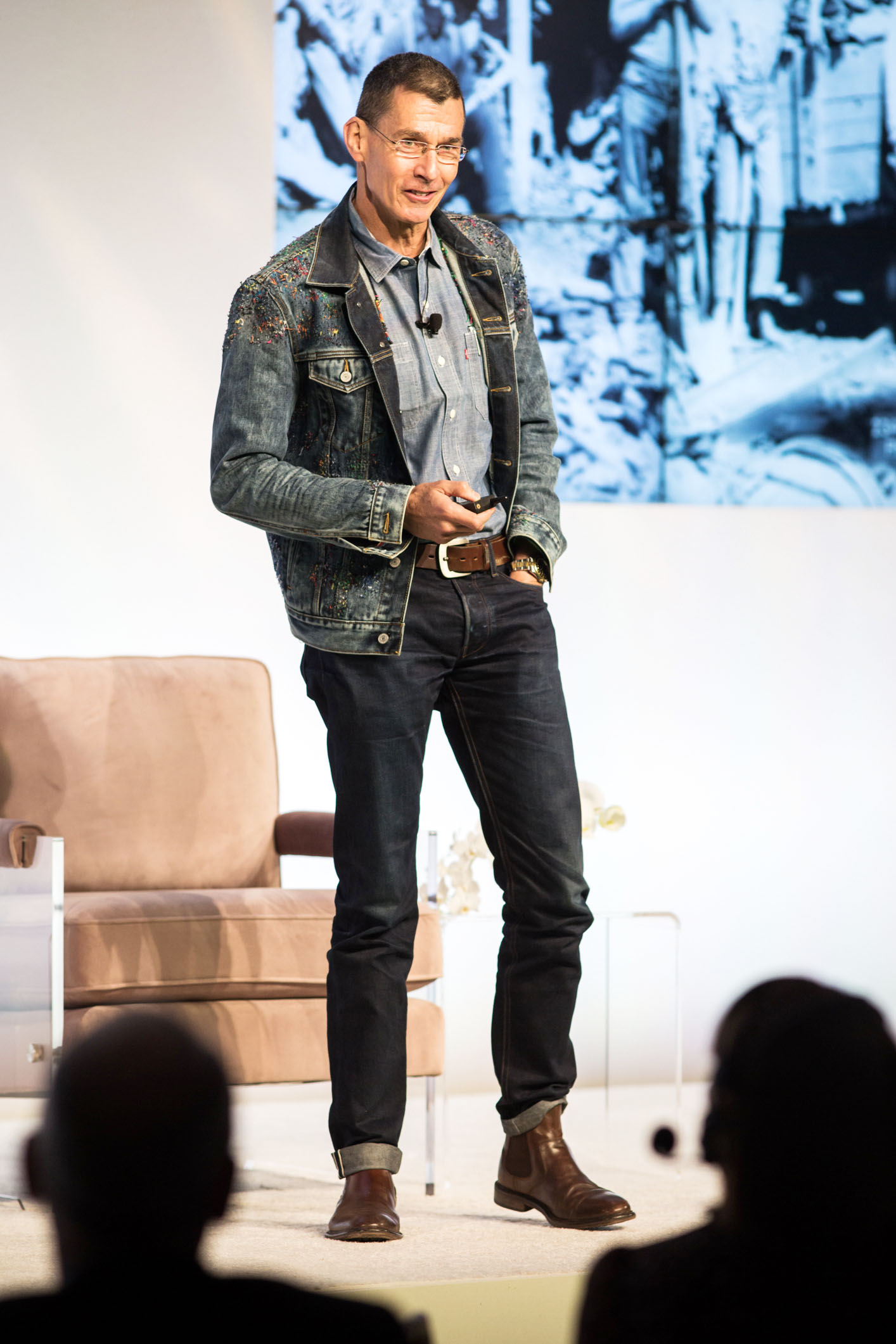 Perks: $24,266 in “executive perquisites,” including a health club membership subsidy, event tickets and a car allowance.

Notes: Bergh moved early in the pandemic, preparing to become a smaller yet stronger company. This included cuts to corporate staff and a refocusing of the business that put it on a direct-to-consumer timetable. 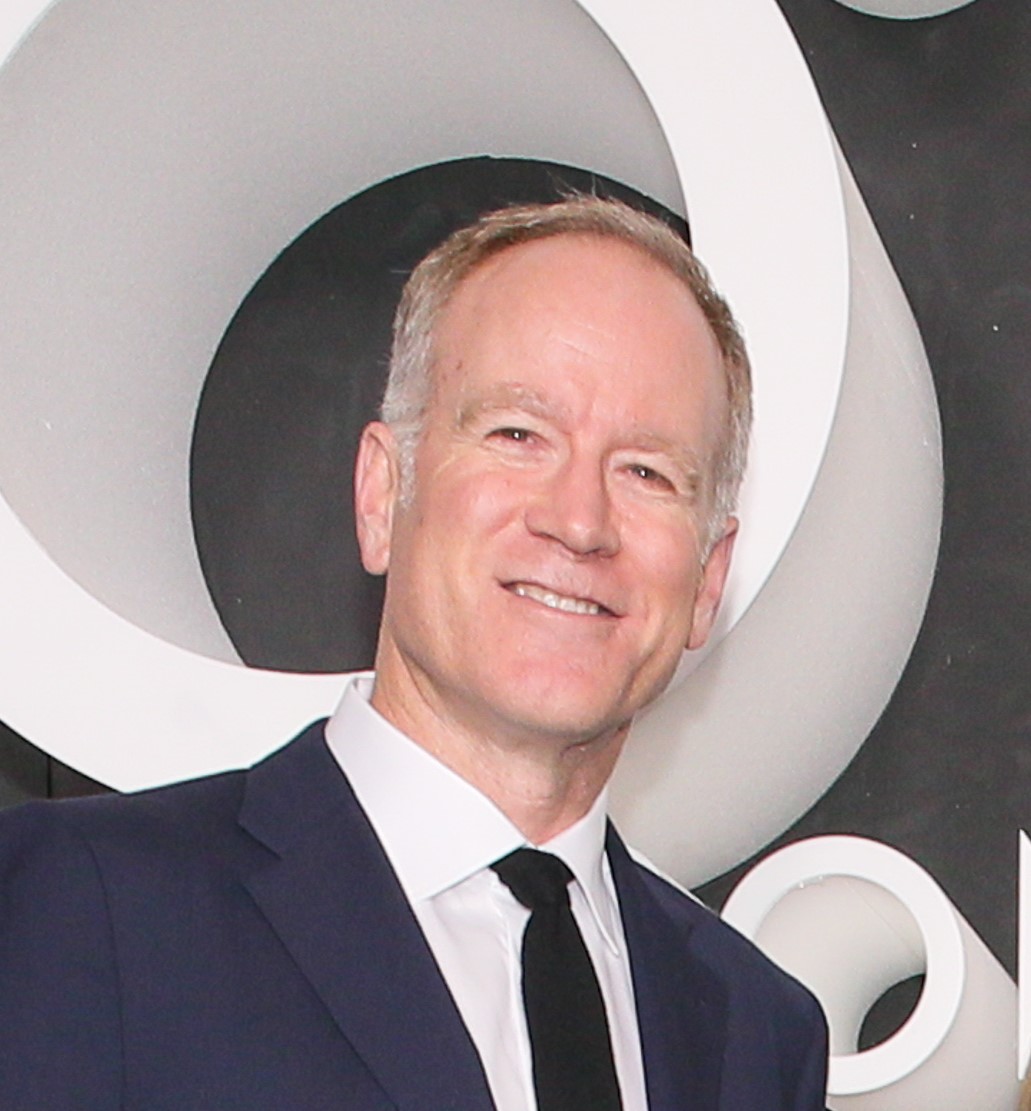 Notes: Brothers Peter and Erik Nordstorm, CEO, received no salary from March 29 to Oct. 3 last year due to the pandemic. On operating in the pandemic, Peter said: “In getting through these challenging times, it creates a lot of focus around priorities. There are so many tactical things happening.”

Notes: Nordstorm received no salary from March 29 to Oct. 3 last year due to the pandemic. But he was busy nonetheless. The department store is in the process of “widening the aperture” on its customer base with plans to expand its digital assortment to potentially 1.5 million items over the next three to five years, up from 300,000 items.