But the retailer is still registering losses from its other brands.

Chico’s FAS’s intimates brand Soma and digital businesses continue to be bright spots for the company. But the firm is still registering losses from its other brands. 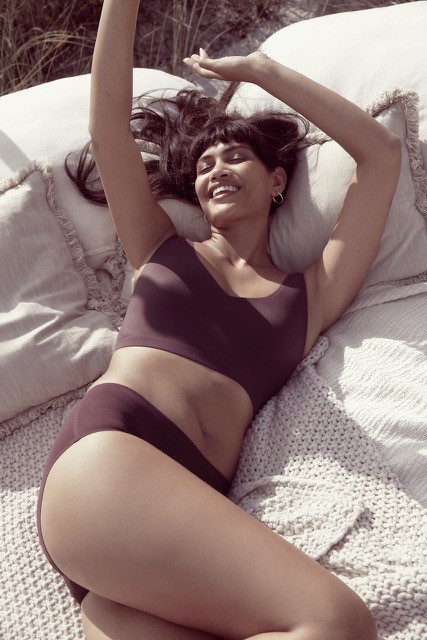 Soma, the intimates brand owned by Chico’s FAS, has been a standout for the company for several quarters.  Courtesy Photo

But Molly Langenstein, chief executive officer and president of Chico’s FAS, said she remains “optimistic” about the future of the retailer.

“Eighteen months ago, we prioritized digital as the primary growth engine for all three of our brands, making major strategic shifts and investments to pivot us to a digital-first company,” Langenstein said in a statement. “In March of this year, as our business became 100 percent digital overnight, we accelerated that transformation through innovation and state-of-the art technology enhancements. Even with our stores now reopened, we continue to generate year-over-year double-digit digital sales increases. As a digital-first company, we believe we are competitively positioned to accelerate growth and gain market share in 2021 and beyond.

“During the third quarter, we significantly enhanced our financial liquidity and flexibility with the $300 million credit facility and commitments for $65 million in rent abatements and reductions,” Langenstein added. “We are also on track to realize [selling, general and administrative] expense savings of 23 percent, compared to our original plan for the year. All of these actions have created a solid financial foundation for Chico’s FAS that we believe has positioned us to emerge a stronger company.”

For the three-month period ending Oct. 31, total company revenues were $351 million, compared with $484 million during 2019’s third quarter. But the company pointed out that this was still an improvement from the previous quarter. Sales increased nearly 15 percent, compared with the second quarter.

Comparable sales during the quarter fell at both the Chico’s and White House Black Market brands, year-over-year, 32.3 percent and nearly 29 percent, respectively. But Soma’s comparable sales rose 10.5 percent for the quarter. That’s on top of an 11.3 percent increase the same time last year.

“We are robust and bullish about the traction that we are getting in our digital tools to be able to manage whatever comes in the next quarter,”  Langenstein said on Tuesday morning’s conference call with analysts. “We can meet her needs wherever she wants to shop with us. So, with each one of the tools — Style Connect, My Closet, social proofing — all of those things are things that we’re seeing traction on and that should continue to gain traction. We feel that those investments are going to continue to serve as well. And that not only is a transaction online that the customer themselves can drive, but it also can be an aided transaction that the sales associates in stores can provide for consumers.

“And that’s why I mentioned that it is so incredibly important that we have this large customer base that isn’t just single-channel,” she continued. “There’s a lot of customers [who] shop just online and a lot of customers who shop just in store, but that consumer [who] shops at both channels is three-and-a-half times more valuable and part of our strategy on how we’re going to continue to get growth.”

Langenstein added that curbside continued to pick up speed during the quarter, especially during the month of October, and is something the company expects will accelerate during the holidays and beyond.

In July, Chico’s FAS Canada, a subsidiary of Chico’s FAS, filed for bankruptcy with the Ontario, Canada, office of the Superintendent in Bankruptcy, to help reduce expenses.

The move meant all 10 of its stores in Canada — four Chico’s and six White House Black Market locations — would close permanently. The company continues to operate its e-commerce platforms in Canada.

The retailer ended the quarter with $149 million in debt and $145.2 million in cash and cash equivalents. The company is not providing forward-looking guidance.

Shares of Chico’s FAS are down 61.7 percent year-over-year.