Liz Claiborne Inc. could be closing in on Paul Charron's successor.

By Julee Greenberg and Pete Born on June 12, 2006
View Slideshow 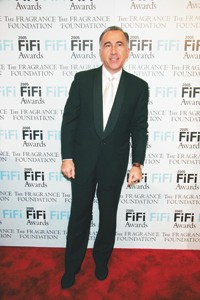 NEW YORK — Liz Claiborne Inc. could be closing in on Paul Charron’s successor.

WWD has learned the board is “in the final stages” of negotiations with Patrick Bousquet-Chavanne, a group president at the Estée Lauder Cos. Inc. Market sources said Bousquet-Chavanne would succeed Charron as chairman and chief executive officer of Claiborne when Charron retires Dec. 31.

If Bousquet-Chavanne does take the top job at Claiborne, which sources said should happen before the end of the summer, he faces significant challenges at the $4.85 billion firm. Claiborne has a cautious outlook for the year because of higher costs and a slowing economy. In April, the vendor reported that profits fell 34.3 percent in the first quarter, while sales declined 3.4 percent. The poor results were blamed on department store consolidation, unseasonable weather and Claiborne’s own repositioning efforts, which resulted in hundreds of layoffs.

Further, growth of the better-priced sportswear Liz Claiborne brand has slowed, although it still accounts for over $1 billion in sales at the firm.

Officials at both Claiborne and executive search firm Spencer Stuart have been tight-lipped on the search since Charron announced his plans to retire in January. Bousquet-Chavanne was unavailable for comment. A spokeswoman for Estée Lauder Cos. declined comment. Claiborne officials couldn’t be reached.

“Going to Claiborne would be a natural next step for Patrick,” said one industry source. “He’s been at Lauder for a long time, and he has the ability to balance a lot of responsibility.”

Although his background is in beauty, Bousquet-Chavanne seems to be a logical choice for Claiborne, whose growth over the past decade has been based on brand-building, multichannel distribution and acquisitions of small to mid-sized companies with the potential to grow. He would need to fill the shoes of Charron, who, over his 12-year reign as ceo, has become an industry legend, transforming Claiborne from a $2 billion apparel firm to a multibrand, multi-channel apparel conglomerate. Claiborne no longer depends on one brand, but on a stable of 43 labels, the majority of which were brought in by Charron.

This story first appeared in the June 12, 2006 issue of WWD. Subscribe Today.

He would be responsible for choosing the path on which to grow Claiborne beyond the $5 billion mark. The company continues to rely heavily on the department store channel, one that is rapidly consolidating in the wake of the acquisition of May Department Stores by Federated Department Stores. Bousquet-Chavanne would have to decide whether to continue with Claiborne’s current strategy of acquiring smaller apparel companies like Juicy Couture, Lucky Brand, Prana and Kenzie, and even bigger ones like Mexx and Ellen Tracy, and expanding the firm’s freestanding stores and international presence. Or, given his experience in the beauty sector, he could start purchasing beauty companies, or other nonapparel firms. He might even start divesting Claiborne of underperforming brands to capitalize on those that are market leaders.

While Charron continues to be bullish on the development of the group’s own stores, its retail ventures haven’t always been smooth sailing. The Liz Claiborne flagship on Fifth Avenue and 52nd Street here never found an audience after it opened in 1995 and was converted to a Mexx store in 2003.

While it thrives throughout Europe with more than 140 stores, Mexx has taken a slower route in the U.S., even closing several units in recent months. However, Charron continues to push retailing, saying at the Claiborne annual meeting last month that it represents the key to growth, especially with consolidation at the department store level.

“We frequently have great product, but department stores don’t always buy or present it to maximize its appeal to the ultimate consumer,” said Charron at the meeting. “Our ongoing investments in direct-to-consumer businesses, while capital-intensive, will enable us to position and support our brands to best advantage.”

Claiborne has also faced the loss of high-caliber talent. Angela Ahrendts resigned as executive vice president last October to join Burberry and will succeed Rose Marie Bravo as ceo in July. Gail Cook, group president of bridge brands, left in 2004 and started her own consulting firm. She was named president of Kellwood’s David Meister last week. More recently, the firm lost Denise Johnston, president and chief merchandising officer for the better and moderates division, responsible for design and merchandising, who became president of Gap Adult in April. Bob Negrón, a group president at Liz Claiborne Inc. for more than seven years, resigned his post, effective June 30, to pursue other interests.

In a major restructuring in February, Claiborne said it would eliminate 500 employees, or 4 percent of its global workforce, most of which held senior-level positions.

Many experts believe there are only a select few executives in the fashion industry who could be considered a possible replacement for Charron. Having worked at such companies as VF Corp., Procter & Gamble and General Foods, Charron injected a consumer products culture into the apparel company. For example, he launched an aggressive drive for acquisitions, was an advocate of extensive consumer research, and sought to make Claiborne more responsive than many other fashion companies.

While Trudy Sullivan, president of Claiborne, was seen as the leading internal candidate, recruiters felt Claiborne was most likely to recruit outside the industry. They felt Claiborne would take a route similar to the way in which Gap recruited Paul Pressler, formerly of Walt Disney Co., and Gucci Group hired Robert Polet, who came from Unilever Ltd.’s ice cream and frozen foods division. However, Bousquet-Chavanne is more closely aligned with the fashion industry than those two executives, with a thorough knowledge of department store retailing, brand-building and international expansion.

Bousquet-Chavanne, who was with Elizabeth Arden earlier in his career, joined Estée Lauder in 1989 as senior vice president of travel retail. He moved to LVMH Moët Hennessy Louis Vuitton in late 1996 as general manager of international operations of Parfums Christian Dior SA. He was wooed back to Lauder in February 1998 as president of international.

In May 2001, he became one of the newly named global presidents as part of a massive reorganization of the company. He was put in charge of the Lauder brand, traditionally the company’s flagship, as well as MAC Cosmetics, Lauder’s fastest rising star. He also oversaw the fragrance division, which included Tommy Hilfiger, Donna Karan and Aramis, plus the German-based fashion brands of Toni Gard and Kiton.

“I’m very excited about the broadening of my responsibilities within the Estée Lauder Cos.,” Bousquet-Chavanne said at the time. He called his three-year tenure of leading the Lauder brand’s day-to-day operations “an incredible adventure.” William Lauder, the corporation’s chief executive officer, then praised the job that Bousquet-Chavanne had done in restoring the luster of the Lauder brand. “Patrick has done an exceptional job,” he said at the time, while also lauding Demsey’s abilities. “I want John to take it to the next level.”