As buyers head out to trade shows across the country starting next month, the outlook for the second half is looking brighter. 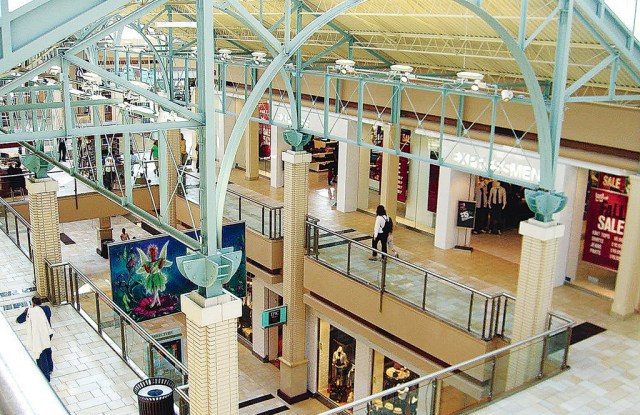 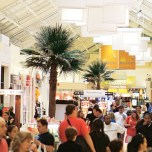 WASHINGTON — As buyers head out to trade shows across the country starting next month, the U.S. economic outlook for the second half is looking brighter.

The forecast is buoyed by rising home prices, strengthening job growth and consumer confidence, and strong stock market performances, but economists are keeping a close eye on consumer spending, which weakened in May and could put a damper on real growth.

In the overall economy, employment rose by 175,000 jobs in May, beating economists’ expectations, and the unemployment rate ticked up slightly to 7.6 percent because more people were confident about finding jobs and entered the market looking for employment. Retailers added 28,000 jobs in the month.

Consumer confidence surged to a five-year high in May, marking the second consecutive month of strong increases, after slumping in the first quarter. The Conference Board’s Confidence Index rose 7.2 points in May to 76.2, boosting retail stocks. Consumer confidence is closely tied to the employment picture and as that outlook brightens, economists expect confidence and spending to respond.

“The outlook on labor market conditions improved and consumers are considerably more optimistic in their economic outlook,” said Chris G. Christopher Jr., direct of consumer markets for IHS Global Insight. “The recent rise in home values and the stock market is helping many Americans feel more optimistic, as well. The recent payroll numbers are another big plus on the consumer confidence front.”

Christopher warned the confidence can fall faster than it increases. IHS is forecasting that real consumer spending growth will hover around 2.1 percent this year, which he called “relatively respectable, but nothing to write home about.”

John Lonski, chief economist at Moody’s Capital Markets Group, said: “One of the striking features of the current recovery is the slowdown in income growth.”

“That suggests there is a more limited upside for consumer spending growth,” Lonski said. “It also tells us that the U.S. labor force has become increasingly exposed to competitive pressures from the cheaper and increasingly skilled workforces of countries such as China and India. Thus the upside for the income growth for the average middle class American household has been declining over time and that is going to create some obstacles to realize faster sales growth for companies that cater to U.S. consumers.”

He added that slower income growth reduces the potential for long-term gains in consumer spending.

Yet, Lonski still believes that general merchandisers, department stores and apparel and accessories chains will have a better second half compared with the first half.

In May, sales at clothing and accessories stores were 3.8 percent higher than in May 2012 on a seasonally adjusted basis, while sales at general merchandise stores were up 1.1 percent and sales at department stores were down 3.9 percent year over year.

“We think employment income will continue to grow and thus it is highly likely we could see significant improvement by year-to-year comparisons for sales at general merchandise stores, including department stores,” said Lonski. “Apparel specialty stores are also doing much better and they should continue to do pretty well. If we get even more job growth, it will benefit apparel sales in the 3.5 to 4 percent growth range, which is pretty good.”

Christopher at IHS concurred and noted that IHS is predicting that sales at apparel specialty stores will be up 3.4 percent in the second quarter compared with the same time period in 2012. IHS expects the third quarter to weaken to 0.7 percent year-over-year and then pick up to 1.5 percent sales growth in the fourth quarter.

Christopher said department store sales are dragging down the general merchandise category and will continue to be soft in the second half.

“Department stores are a pretty dismal picture from our point of view in the second half,” Christopher said. “Wage increases are just not that strong and that is part of the issue.”

Craig Johnson, president of Customer Growth Partners, said real income growth is “sluggish,” which he expect to have a dampening effect on consumer spending and ultimately retail sales.

Johnson said retail sales will continue on a “slow growth” cycle in the second half.

He said such stores as TJ Maxx and Ross have been “very strong and will continue to grow because they operate on the value format side.”

Andrew Fitzpatrick, director of investments at Hinsdale Associates, said a “select group” of retailers should perform well in the second half based on a recovery in the sales and confidence numbers.

“We are seeing strength in companies like Macy’s where cost cutting and effective pricing has resulted in strong earnings,” Fitzpatrick said. “Gap is doing better with its international business and that seems to be giving them a lift. I think Target had a disappointing [comp-store sales] report but the company is certainly growing and it is one that should be pretty solid in terms of growth going forward.”

Kevin Regan, senior managing director at FTI Consulting, said there are a “number of positives out there and not just negatives.

“The positives are consumer confidence, which just registered a five-year high by the Conference Board and there is a wealth effect that is going on, predominantly because of the rising stock market,” Regan said.

On the negative side, Regan pointed to the consumer balance sheet, which he said is “getting back into trouble” because people are dipping into savings to continue spending. He said the savings rate dropped in the first quarter to 2.3 percent after averaging over 4 percent in 2012.

“That is always a concern to me,” he said. “That is telling me they are feeling positive, which is fine, but you don’t want to be taking risks when the economists are saying we are in a slow growth economy.…We are in a stable environment, but it is slow growth.”

He said stores such as Macy’s, Kohl’s, Wal-Mart, Gap and Nordstrom are all posting double-digit online apparel sales increases.

“Retailers are realizing there is a shift going on that is significant and they are attacking it,” Regan said.