The U.S. accessories giant is within a day or two of finalizing the acquisition of the footwear brand from Sycamore Partners. 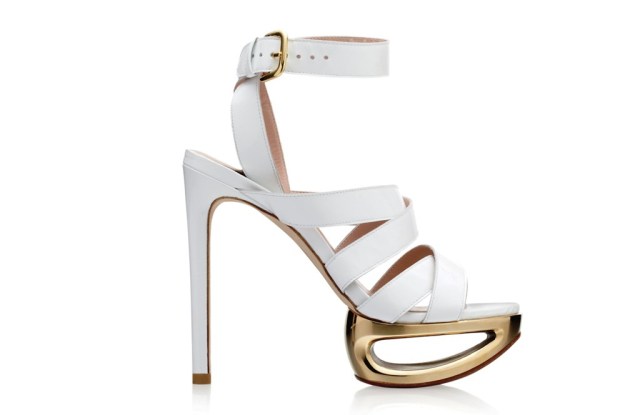 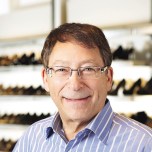 Coach Inc. is within a day or two of finalizing a deal to acquire the Stuart Weitzman footwear brand for just shy of $600 million from Sycamore Partners.

The transaction is likely to be in the $580 million-plus range, but under $600 million, financial and market sources said. An announcement is expected this week but could be as early as today or Wednesday.

If it completes the transaction, Coach will have to beat out Advent International Corp. and Brown Shoe Co. in the latest round of bidding. It would also represent the first time the U.S. accessories giant has made an acquisition. The company historically has focused on organic growth of its core Coach brand. Coach also has been the subject of takeover rumors over the past few years, with the latest involving LVMH Moët Hennessy Louis Vuitton as the possible acquirer. With an acquisition of Stuart Weitzman, that could make a takeover unlikely in the near term. Coach’s market capitalization is currently $10.1 billion.

Shares of Coach closed at $36.73, down 1.6 percent, in Big Board trading on Monday. Word of the Weitzman transaction came after the markets closed. The stock fell 0.5 percent to $36.56 in after-market trading.

A deal of just under $600 million for Weitzman would be far less than the $800 million some bankers thought might occur on expectations of a bidding war. However, heading into the homestretch, it was learned by WWD that some potential buyers, such as Leonard Green & Partners, had taken a look and elected to walk away. Financial and market sources said the prospective buyers couldn’t get to the $600 million-plus asking price because they questioned what the brand was worth if the firm’s founder, Stuart Weitzman, were no longer involved in the company.

It couldn’t be determined at press time whether Weitzman would stay on at the firm following the acquisition.

Officials at Sycamore declined comment on Monday. A spokeswoman for Coach could not be reached for comment. Her voice mail said the company is currently in its “quiet period” as it prepares for its release of second-quarter results.

A Coach acquisition of Weitzman would substantially expand the company’s business in footwear, since it has traditionally been centered on handbags and small leather goods. At the same time, an acquisition comes at a time when the group’s management under chief executive officer Victor Luis and creative director Stuart Vevers continue to struggle to turn around the Coach brand, which has lost market share to the likes of Michael Kors, Kate Spade and Tory Burch. Luis and Vevers are undertaking an ambitious relaunch of the brand to turn it into more of a lifestyle label, with ready-to-wear for women and men, as well as more expensive accessories collections. So far, however, the strategy has failed to reignite Coach’s growth.

The Weitzman business, while mature in the sense that it’s already an established brand, still has some room to grow internationally. The business has been focusing on expansion in Asia and could likely have freestanding stores in 14 cities in Greater China by yearend. It also has been developing its e-commerce strategy in the region, particularly in Hong Kong, China and Australia. The company also has a selection of handbags, clutches and wallets — a natural accessories complement for many footwear firms.

A Coach deal to buy Weitzman was first reported by The Wall Street Journal online on Monday.

Now might be the right time to sell a brand such as Weitzman, given the current mergers-and-acquisitions focus on accessories and footwear brands and Jimmy Choo’s recent joining of the FTSE-500 ranking of top stocks in London with a valuation of more than $1 billion.

Weitzman was part of The Jones Group, which was acquired by Sycamore in April 2013 for $2.2 billion. Sycamore recapitalized the business earlier this year. The Weitzman brand has been sold before. Stuart Weitzman sold his firm to a European company in the Seventies, and then bought it back about a decade before he resold the company to Jones Apparel Group, later renamed The Jones Group. Jones acquired its first stake in May 2010 and then the balance in August 2012.