Retail stocks are trading at levels that have not been seen since October 2007. 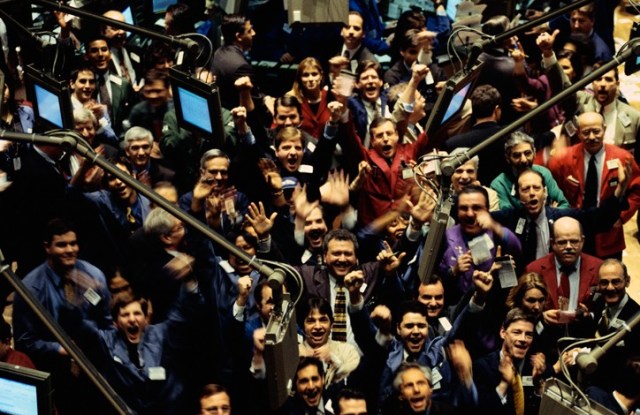 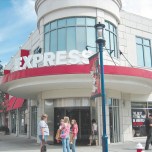 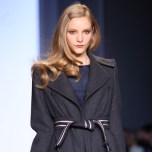 Never mind the high unemployment rate — consumers are perking up and investors are loving it.

Retail stocks retreated Friday, falling 2.3 percent, but the trend over the last three months has been one of growth as shoppers began to return to stores with their wallets open. Despite a drop last week, retail stocks are trading at levels that had not been seen since October 2007.

Now it seems like everyone wants to join in the rally.

Last week, specialty retailer Express priced its initial public offering, hoping to sell 16 million shares at $18 to $20 apiece, and Phillips-Van Heusen Corp. completed the sale of 5.8 million common shares, raising $383.4 million toward its $3 billion purchase of Tommy Hilfiger. Gordmans Stores Inc., a 67-door off-pricer owned by Sun Capital Partners Inc., also laid out plans to raise as much as $75 million in an IPO.

And Friday’s consumer-driven rise in gross domestic product could only make fashion all the more fashionable, even if there are macroeconomic concerns lingering, from U.S. unemployment of 9.7 percent to continued weakness in the housing market and Europe’s growing debt woes.

The U.S. economy grew at an annual rate of 3.2 percent in the first quarter, according to the Commerce Department’s advance reading. Driving the expansion was a 3.6 percent jump in personal consumption expenditures, a solid rise from growth of 1.6 percent in the fourth quarter.

“The momentum is strong,” said Marie Driscoll, an equity analyst at Standard & Poor’s. “The consumer is back shopping. The competition that’s left right now is big and strong and they’re executing, but there’s room for newness. That’s why there’s more demand for M&A.”

Driscoll said it appeared the macro issues facing the economy have stabilized and the people who have jobs are spending.

“They haven’t shopped for a year and a half and they want to shop,” she said. “As they shop, they create more jobs: another salesperson; another dry cleaner; another cab driver. We’re not banking on a really strong consumer, but they’re back and I think we’ve underestimated this consumer.”

Retail stocks have typically been among the first to rise after a recession as small increases in sales can have an outsized impact on the bottom line if stores have trimmed costs and inventories — a skill the industry’s raised to a high art over the last couple of years.

Companies have also been stockpiling cash and paying down debt where possible.

“The financial health of these businesses hasn’t been better in the last 20 years in terms of the amount of debt and cash [they’re holding],” said Eric Beder, analyst at Brean Murray, Carret & Co. “It’s an obvious area for investors to go look.”

Beder said solid quarterly showings from PVH last month and VF Corp. on Friday, as well as strong comparable-store sales in March and easy comparisons through September this year, were supporting fashion stocks.

“You put all this together, people can easily see continued turnaround in the next few months,” he said.

PVH, which inked the deal to acquire Hilfiger in March, is just one of the largest of the larger fashion players to tap into this wellspring of investor sentiment. “It’s been a slam dunk so far,” Beder said of PVH’s efforts to sell debt and equity to raise funds for the acquisition. “The price they got for the stock was impressive.”

Hilfiger is being sold by Apax Partners and Express is being offered to the public by Golden Gate Private Equity, which acquired a 75 percent stake in the firm for $485 million in 2007.

“There’s a lot of demand out there for good companies that have a growth story and a plan,” said Bill Detwiler, senior managing director and co-group head of consumer, retail and health care investment banking at FBR Capital Markets. “Consumer spending and confidence have ticked up and so I think the markets are reacting to that.”

Detwiler said investors are still smarting from the financial crisis and would be choosier than they were in 2007 or 2008. “One of the governors on all this is really high unemployment,” he said.

Other private equity players, which often buy companies with an eye toward improving operations and then selling for a premium, might well jump at the chance to sell off some of their investments if the market remains strong.

Investors will get a fresh read on construction spending, manufacturing activity and unemployment this week, and perhaps a chance to extend the rally that faltered somewhat last week.

The S&P Retail Index fell 10.99 points to 475.15 Friday, making for a 3.9 percent decline for the week. The sector is still up 15.6 percent for the year. The Dow Jones Industrial Average slipped 1.4 percent, or 158.71 points, to 11,008.61 and turned in a 1.7 percent drop for the week, when Goldman Sachs defended its trading practices to lawmakers and Greece, Portugal and Spain weathered debt downgrades.