Super Saturday proved to be the biggest shopping day of the year yet did little to change the modest outlook for the holiday season.

By David Moin and Sharon Edelson on December 23, 2014
View Slideshow 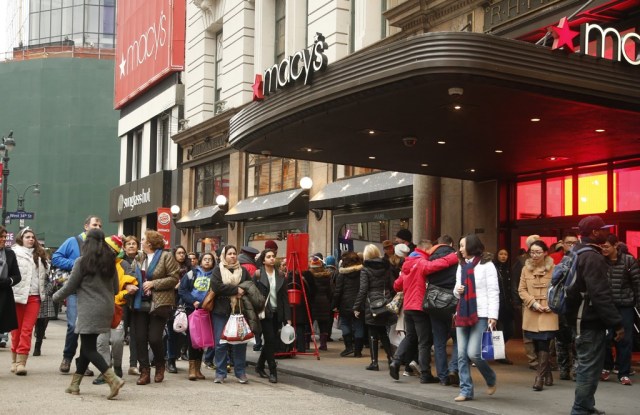 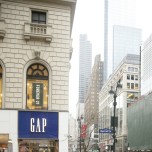 Super Saturday proved to be the biggest shopping day of the year yet did little to change the modest outlook for the holiday season.

While last weekend marked the second decent one in a row after early December’s deep lull, the forecast for holiday 2014 stands at low-single-digit gains for retailing generally, with the apparel sector falling far short of that.

“There are no trends to make people feel they have to buy apparel,” said Claudio Del Vecchio, chairman and chief executive officer of Brooks Brothers. “There is still a lot of inventory out there. I don’t think spring is going to be better. It will be more of the same for the next few seasons.”

There also was a strong feeling that consumers still are holding back their purchasing, playing the same waiting game with retailers that they’ve done in recent years. “Over the past few years, we’ve noticed a trend in customers waiting until the last minute to finish their shopping,” said Scott McCall, senior vice president of merchandising for Wal-Mart U.S. “While many customers start their Christmas shopping in November, the majority don’t put their lists away until Dec. 24.”

“There was only about a 2 percent increase on Super Saturday weekend, with $42 billion in sales versus last year’s $41 billion,” said Craig Johnson, president of Customer Growth Partners. Saturday’s business alone generated $23 billion, topping Black Friday’s $20 billion in sales, according to CGP.

According to America’s Research Group, 44.6 percent of consumers said they would not shop over the Super Saturday weekend compared to 32.9 percent last year. Mall traffic continues to be “way down,” with only 20.4 percent of consumers indicating they would visit a mall over the weekend and shoppers “extremely conservative and cautious this season,” said ARG chairman and ceo Britt Beemer. He added that he expected retailers to be “very disappointed” with the turnout. The ARG consumer survey consisted of 1,000 telephone interviews with consumers conducted Dec. 19 to 21.

There were numerous reports that malls on the East and West Coasts were busy last weekend, while much of the rest of the country saw less than satisfactory traffic.

To try to get a lift in traffic, Kohl’s on Thursday said it would operate stores nonstop beginning at 6 a.m. on Friday, Dec. 19 through Wednesday, Dec. 23 at 6 p.m. and provided strong incentives such as $10 Kohl’s cash for every $50 spent and Buy More Save More, where customers save 20 percent for every $100 or more spent, and 15 percent for under $100.

“Early morning and late night have been the heaviest times,” said Shane Knoy, vice president and Los Angeles district manager at Kohl’s. “We saw people coming before work initially. As customers get days off around the holidays we’ll see the pattern build where they’re out late with their families.”

Consumers are buying jewelry, “Frozen” merchandise and brands such as Levi’s, Nike, Simply Vera Vera Wang, LC Lauren Conrad, Keurig and Kitchen Aid, Knoy said, adding that sweaters and warm-weather accessories have been strong sellers in the L.A. region. “Wellness continues to be a big focus for American families with Fitbit,” he added.

“Kohl’s pushed the marketing effort really hard,” said Richard Jaffe, an analyst at Stifel. “They have to get back market share. They have a new head of marketing. They’re doing coupons and bounce backs. They’re staying open 24/7. Macy’s did it last year.” Macy’s is doing it again at certain locations this season.

Wal-Mart customers tend to be procrastinators. More than one-third of Wal-Mart shoppers surveyed recently said they were planning to shop on Super Saturday. Most of Wal-Mart’s stores are operating round the clock in the last days leading up to Christmas, and the world’s largest retailer will close later than most stores do on Christmas Eve, at 8 p.m. The retailer said its stores will continue to receive toys, electronics and home goods until Dec. 24., and it unveiled a new round of price rollbacks including the NutriBullet PRO 900, $129 with a $10 Wal-Mart gift card (a $30 value) and Air Hogs RC Zero Gravity Laser Racer $29.88, a $5 savings.

Uniqlo also worked hard to generate greater foot traffic. “We’ve done some last-minute promotions — lightweight cashmere and merino sweaters are marked down to $29.90 from $59.90,” a spokeswoman said. “It’s a last-minute deal because the sweaters are selling but we want to generate some foot traffic in the store. For the first time this season we did daily deals, where we reduce items we know the consumer would like to buy, for one day only.

“When you talk about the customer climate, we feel the consumer needs a reason to buy,” she added. “They’re asking, ‘what’s different, what’s new?’ We do have unique products, such as Heattech Fleece and Water Defender Ultra Light Down. With items that aren’t different, we’ve been doing small promotions, like 50 percent off on an item for a limited time. We’re proud of the products we’ve put out there. Especially in all our new markets, it’s been a real learning curve for us.”

At two of the nation’s largest malls this past weekend — the Mall of America in Minnesota and King of Prussia in Pennsylvania — the turnout was temporarily impacted by demonstrations by groups protesting grand-jury decisions not to charge white police officers in the killings of unarmed black men in Ferguson, Mo., and Staten Island, N.Y. Mall of America was forced to close stores on its east side and there were 25 arrests. At King of Prussia, demonstrators lay down on the ground but there were no arrests.

It’s not like consumers aren’t spending — electronics, home products, toys, automobiles and restaurants are all faring well this season. Gift cards have been a bright spot, too. Apparel is a different story, with some exceptions being luxury, boots, outerwear, ath-leisure, parts of men’s wear and performance wear.

Super Saturday came out on top of the season due to several factors — easy comparisons to last year, Black Friday getting deflated by Thanksgiving Day openings and pre-Thanksgiving sales, and cold but clear weather. Also, the timing was advantageous, four days before Christmas and before most people’s travel plans for the holiday, Johnson noted.

Currently, most estimates expect holiday retail to be from flat to up less than 4 percent on the top line though margins will suffer, most acutely at department and apparel specialty stores, as discounting has been sustained all season. Last weekend, markdowns accelerated and will continue to crescendo this week, even at the highest-priced retailers where selling has been better than most. This week, Neiman Marcus was offering up to 55 percent off when one takes 25 percent off already reduced prices; Barneys New York went with a designer sale of up to 60 percent off designer clothing, shoes and accessories, and Saks Fifth Avenue also offered up to 60 percent off designer merchandise.

Deals for consumers should peak during the post-Christmas-to-New Year’s run, which is a period of increasing importance to retailers marked by clearance sales, gift-card redemptions and attempts to sell fresh spring merchandise at full price.

A decent week up to New Year’s could lift the numbers a bit, though not by more than a point, as retailers hope to inch closer to meeting their goals of low-single-digit total holiday sales gains.

“We think apparel chains and most department stores will miss plan, though there will be exceptions,” Johnson said. “Nordstrom and Neiman Marcus are close to plan, we think,” with Nordstrom Rack on a roll. Macy’s, he said, seems to be tracking slightly below Nordstrom’s, where the merchandise is overall more expensive.

“The problem is consumer demand is sluggish, at nine out of 10 households median income is flat or down year-over-year,” Johnson said. “In the top 10 percentile, incomes are up,” helping Tiffany, Nordstrom’s and Neiman’s.

“Everybody is complaining about how bad their business is and the media keeps talking about how great the deals are,” said one retail executive at a high-end chain. “Even people with money don’t feel an urgency to shop and still look for discounts.”

On the upside, this year, certain retailers, such as Macy’s, seem to be managing their inventory better than a year ago, and the multichannel environment is helping, too, whereby consumers have more options on how to shop. Lower gas prices, lower unemployment and this year’s extra shopping day between Thanksgiving and Christmas should help as well.

Nomura Research also said Super Saturday “may have amounted to the biggest shopping day of the year,” concurring with Customer Growth Partners. However, Nomura said, “We believe December trends to date have been volatile and are near expectations.” But with post-Christmas traffic expected to be strong, with consumers holding out for deals, and strong November trends seen, Nomura expects a “solid but not spectacular” holiday season, marked by comparable store gains of around 1.5 percent to 2 percent for broadline, department store and e-commerce retailers in the fourth quarter and 5 percent to 6 percent for the hardlines group.

Women are less inclined to buy apparel this year than last because “the offerings have become much less exciting and there isn’t one clear trend driving apparel for the teen and adult woman,” Jaffe said. “It’s going to be interesting to see how much of this 40 percent off and 50 percent off business has been planned and margins engineered accordingly.”

Susan Anderson, a retail analyst at FBR Capital Markets, said “On Saturday, mall traffic seemed to improve and people were buying. It seems that promotions have picked up heading into the Super Saturday weekend as retailers tried to grab consumers’ last dollars. It will be flattish to slightly higher for most retailers. Missy is really tough right now. The Gap is having its own issues and causing everyone else to promote. Out of the missy category, Chico’s should perform the best. Men’s is still doing better than women’s.”

Jennifer Black, president of Jennifer Black Associates, said the key apparel category this holiday season is pajamas, which she said are sold out in many sizes at Victoria’s Secret and other retailers. Hats, gloves and handbags at Kate Spade and Michael Kors sold well and fragrance and body lotions were strong. Apparel with lace and real leather proved to be popular. “Anything with novelty did well,” she said.