Coronavirus Retail Closures Could Take $60B From California Economy

Retail closures over coronavirus are expected to become more widespread throughout the state.

The Santa Monica Pier, normally packed with tourists, is cordoned off by police officers as California works to prevent spread of coronavirus.

Retail is one of the biggest sectors of California’s economy and the state is poised to take a major financial hit with widespread closures over coronavirus.

Last year, the retail sector alone in California accounted for $330 billion worth of gross domestic product, according to the California Retailers Association, which represents retailers big and small throughout the state. That’s about 11 percent of the state’s entire GDP and roughly $30 billion in GDP per month.

With retail closures starting en masse and for what could be several weeks, and the greater San Francisco Bay Area on “shelter in place” orders, effectively a lockdown, California is looking at an economic loss in the many tens of billions of dollars. Based on state retail sales data from this period last year, widespread retail closures for just two months could mean an economic hit this year of at least $60 billion for the state. Monthly revenue from sales tax, which came in at roughly $4 billion a month this time last year, could be a substantial loss as well, depending on how impacted overall sales end up. Sales tax is also collected on e-commerce transactions. The retail sector, too, accounts for some $160 million in income for the state’s more than 3 million retail workers, often a mix of hourly wages and commission on sales. One in four people have a retail job in California.

“A lot more retailers, outside of grocery and pharmacy, will be closing across the state,” said Rachel Michelin, president and chief executive officer of the CRA. “And while you’ve got the Gaps, and Lululemons and Macy’s closing, it’s local retailers, too, and the impact on them may be even worse.”

On Tuesday, Macy’s said it was closing nationwide until the end of March, along with Orange County Mall South Coast Plaza and the famed Los Angeles shopping strip of Rodeo Drive, essentially an outdoor mall. Other retailers, like Rachel Comey in L.A. and designer boutique Savannah in Santa Monica, are attempting to still serve customers by keeping stores to “appointment-only” operations while offering phone and online consultations and shopping. Still, Michelin expects more outright retail closures to happen throughout the state.

“There’s no book on how to do this,” Michelin stressed. “Companies are just trying to figure it out.” 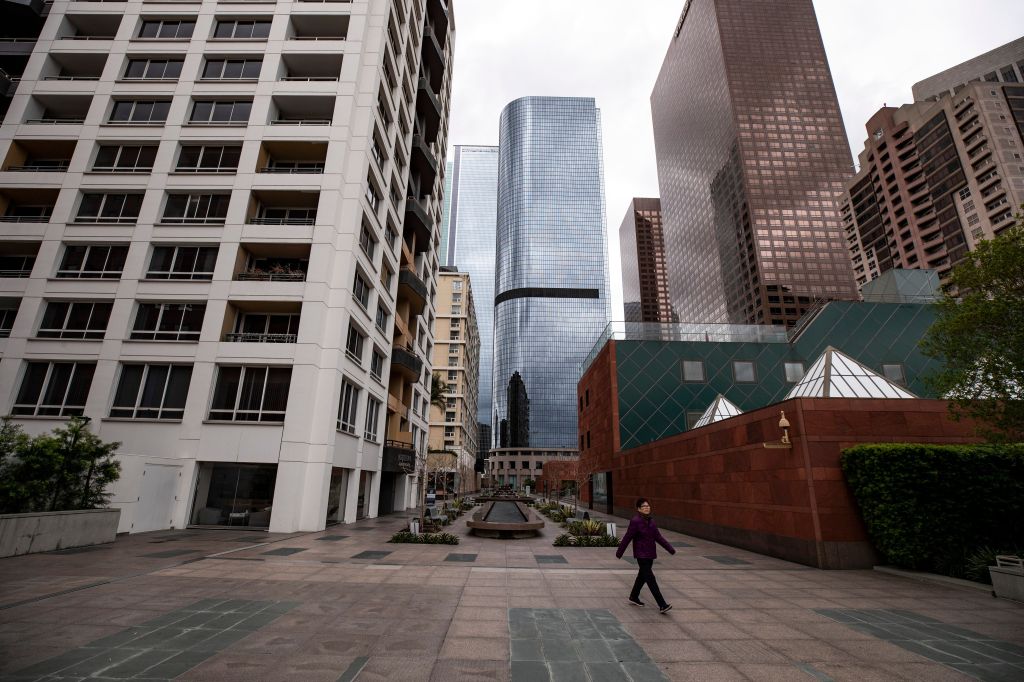 Based on her conversations with retail leaders, Michelin said the retail industry in California is moving “past the initial panic” of what to do over COVID-19, or coronavirus. But concern is now focused on how long the closures will last, and then, when they end, how long it will take for business to return to normal. A big driver of shopping in the state is driven by tourism, which California has seen grow for eight consecutive years, driving more than $140 billion in direct spending, according to state tourism body Visit California. With travel across the globe essentially on hold over coronavirus concerns, it may take months for visitors to start coming back in.

“We are already looking forward, thinking about what we need to do in terms of recovery and how we put the sign back out that ‘California is open for business again,’” Michelin said. “We’re just starting those conversations.”

The CRA has been in touch with the California Governor’s Office, which on Monday secured approval to release up to $1 billion in emergency aid, but it is not an economic stimulus package.

Although she admitted exactly how long closures and tourism impact will last is unknown, given such rapid changes in government recommendations and actions, Michelen is thinking the start of recovery measures in the industry, like being able to fully reopen stores, are “maybe two months” out.

“I’ll be honest, I can’t really answer that right now,” Michelin said. “I don’t know that we’ve hit the top [in number of cases], but maybe with all of this, we’ll have gotten ahead of it.”

Retail Sales Decline a Sign of Pain to Come