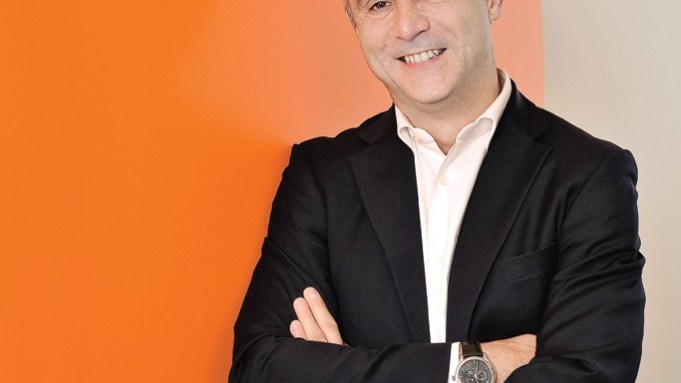 The company’s three principal investors plan to raise as much as $1.22 billion in an IPO next month — much more than the $700 million initially projected last June when paperwork for the offering was first filed.

JAB Holdings II BV plans to sell 43.6 million of its Coty shares, while Berkshire Partners and Rhône Capital each expect to sell 6.8 million shares. All together, the three could unload as many as 65.7 million shares, including stock earmarked for the underwriters, led by Bank of America Merrill Lynch, J.P. Morgan and Morgan Stanley. JAB is tied to the billionaire Reimann family, which also has an interest in consumer products firm Reckitt Benckiser Group.

The offering is expected to be officially priced after the market closes on June 12, but the initial range is set at $16.50 to $18.50.

Even at the lower end of the range, JAB and the two private equity funds are set to raise more than $1 billion, while giving up little control of the maker of Calvin Klein, Marc Jacobs and Jennifer Lopez fragrances. The three investors hold all of Coty’s Class B shares, which after the offering will control about 97.7 percent of stockholders’ voting power and 81.1 percent of the firm’s equity.

An IPO at the high end of the current range would value the total company in excess of $7 billion. That’s a hefty chunk of change, but Coty is entering a world of publicly traded beauty giants. The Estée Lauder Cos. Inc., for instance, has a market capitalization of $27.56 billion, while consumer products firm Procter & Gamble Co. has a market cap of $221.62 billion.

But Coty is stepping onto the stage at a fortuitous time.

Wall Street has been charging up, setting new highs this spring with low interest rates egging investors on. And the economy, while still not operating at its potential, appears to be strengthening. Consumer confidence hit a five-year high this month, according to The Conference Board.

“The overall backdrop is good,” said Colin Welch, president and chief operating officer of investment bank Financo. “The valuation environment is pretty attractive, suggesting that people see the long-term growth of the sector. They see the fact that these larger beauty companies have global reach, so it’s a diversification approach as well.”

While there’s been plenty of dealmaking in the beauty business as the bigger players scooped up hot new brands in nail care and other categories, there haven’t been many new bets to place for public market investors.

“Coty’s going to benefit from a scarcity of new issues,” Welch said.

Coty’s is a reluctant offering of sorts. For many companies, an IPO is the culmination of years of concerted effort and careful planning toward a single goal. For Coty, it’s Plan B.

Coty dropped its pursuit of Avon last May and filed the paperwork for an offering on the New York Stock Exchange under the ticker symbol “COTY” a month later. (The company reimbursed affiliates of its primary shareholder, JAB, $2.4 million for third-party expenses tied to the failed takeover attempt.)

In an awkward bit of timing, Bernd Beetz, chief executive officer and architect of the strategy that built Coty over the prior decade, then stepped down and was succeeded by Coty Prestige president Michele Scannavini.

The IPO, which sources said had been slated for last fall, was pushed into this year because of the ceo switch and waning financial results.

One banker was skeptical of the offering given the ebb and flow in the fragrance market: “I like the company, I just think that they keep trying to go earlier than they should because of the pressures from the [Reimann] family and from these private equity groups. They’re smart people. They’re connected. It’s still a volatile environment. Probably they know what they’re doing, but it’s not like we’re out of the woods.”

And Coty has struggled in some parts of its business.

It bought Philosophy for $929.7 million in cash in 2011, but a year later took $515 million in impairment charges to adjust the value of the trademark and account for the impact of weaker-than-expected sales and a slower international rollout than anticipated.

For the nine months ended March 31, Coty posted profits of $230.3 million, up from $32.9 million a year earlier when pretax asset impairment charges of $102 million dragged down the company’s net. Revenues increased 0.1 percent to $3.59 billion, and gross profit margins nudged up 10 basis points to 60.4 percent.