The COVID-19 CEO: Executive Pay in the Pandemic

The crisis has thrown big c-suite compensation packages into even sharper relief.

The coronavirus crisis is giving ceo's a chance to earn their big pay days.

If ever there was a time for fashion’s top brass to step up and earn their enormous pay packages, this is it.

The coronavirus crisis has demanded a lot of everybody in the industry, from frontline store associates who worked throughout to those who were laid off or furloughed to the white collar set thrust into a new work-from-home regimen.

Chief executive officers, too, found themselves suddenly at sea, captains tossed by a massive storm, forced to shut down, cut back, cancel orders, miss rent, tear up carefully crafted plans, invent new ways of doing business on the fly and generally accept accountability for a crisis that came from beyond them.

Being on top can be a tough job even in normal times, and at public companies it requires long hours and a constant whirl of decisions, as well as lots of public scrutiny and the never-ending judgment of investors.

But it’s a gig that pays well — and in many cases obnoxiously well.

A WWD survey looking at the pay of ceo’s and executive chairmen at 32 of the industry’s leading companies found that half the corporate honchos made more than $10 million last year alone.

Leading the list was John Donahoe 2nd, president and ceo of Nike Inc., who drew a package valued at $53.5 million in 2019 as he stepped into one of the most prestigious corner offices in corporate America. That included salary of $548,007, as well as a bonus of $6.7 million and stock and options awards valued at a total of $44.5 million (although the full value of those awards might never be realized given stock price fluctuations).

The idea behind stock and option grants is to tie the ceo’s pay to the fortunes of the company — if the stock goes up, both they and investors win. 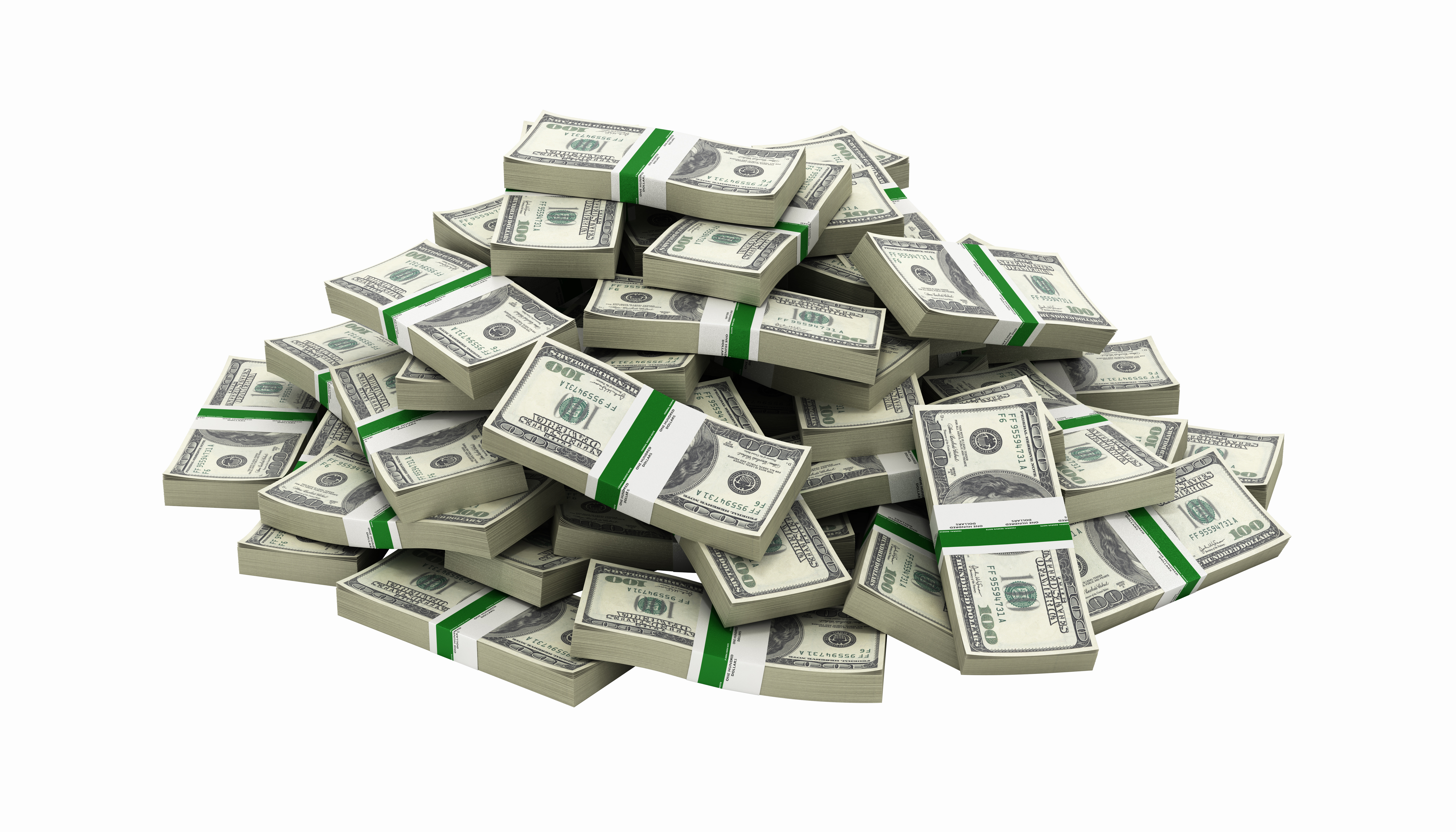 Ceo’s have a chance to earn their pay in the time of COVID-19.  kv_san/Adobe

Even so, the mega-million dollar paydays for ceo’s can be head-scratchers, especially for the rank and file, which has been hit hard in the pandemic and includes many people who count every dollar in their own bank accounts while lurching at work from one cost-cutting measure to the next.

“The place you really need to start is with demand for talent,” said Dan Moynihan, client partner in executive pay and governance at organizational consulting firm Korn Ferry. “Are they worth it is a question of — is a professional baseball player worth it? A great leader who can take a business from A to B or A to Z in these challenging times is, in theory, worth their weight in gold. In luxury fashion, you’ve got talent that is so in demand right now that companies in many cases are paying a premium to secure that talent.”

Just how talented the talent really is will become more clear as companies gain or lose market share — or simply go bust — amid the COVID-19 disruption.

“This is where true leaders show their stripes,” Moynihan said. “Many [companies] are going to realize they didn’t have the person in place they thought they did.”

The corporate impulse when COVID-19 hit was skewed toward sticking with the existing leaders, but more companies might now be looking for what they need going forward.

“Ceo turnover stalled in April, as the pandemic brought everything to a halt,” said Andrew Challenger, senior vice president. “Now we’re beginning to see companies make decisions about leadership going forward, as they assess the new challenges presented by COVID-19.”

One company publicly on the hunt for a ceo is Coach and Kate Spade-parent Tapestry Inc., which needs to fill the spot vacated by Jide Zeitlin, who resigned last month following allegations that he posed as a photographer in 2007 to lure a woman into a relationship.

It’s a large hole for Tapestry to fill and the company might well find it has to pay up to secure a ceo who can handle not just a big public company, but multiple major brands in the midst of an epic economic slowdown.

That overriding need to find the right person to steer mutltibillion dollar companies is one of the factors pushing the imperfect science and dark alchemy of executive compensation ever higher.

A July study by Equilar, which provides data on executive compensation to boards, said median ceo pay at the 500 largest companies trading in the U.S. tallied $12.3 million last year, on par with 2018 but up 21.8 percent since 2015.

If ceo pay stood out in relatively good times, the coronavirus crisis has cast the divide between the corporate chief and the frontline worker in even starker terms.

Yes, ceo’s are in a tough spot right now navigating a suddenly more complicated world, but even if their stock options are under water, they are not worried about food or homelessness, as so many are with the economy falling at a heartstopping annual rate of 32.9 percent in the second quarter and with unemployment remaining historically high at 10.2 percent.

The project of figuring out just how to compensate corporate leaders in a way that is both fair and attracts the right kind of talent is ongoing.

Courtney Yu, director of research at Equilar, which advises boards, said companies are moving away from stock options and more toward performance-based compensation, so instead of focusing on stock price gains and share gains, they are zeroing in on targets for revenues or other key metrics.

“What we’ve seen during the summer is it is hard to figure out what are going to be meaningful metrics when we don’t quite know what the rest of the year is going to look like,” Yu said.

“The hard part for companies when you’re trying to figure out compensation is, How do you keep compensation at a level where you can incentivize executives while also having a retention factor to lead and guide companies through these tough times?” Yu said. “You want your executives to still be focused on that one-year to two-year horizon.

“It really depends on how you’re defining success and how do you see success in the future?” Yu said. “Is it just merely surviving the pandemic, to get you to the other side? Or is it, outside of the pandemic, you still want to see yourself in the top half of your peers?”

More immediately, the COVID-19 shutdown hit many executive paychecks, to at least some degree.

Equilar looked at the largest 500 companies and found that 91 ceo’s took salary reductions in response to the COVID-19 crisis, another five seeing salary deferrals and one chief swapping their pay for equity.

Fashion was part of that trend.

Macy’s Inc. said ceo Jeff Gennette would not receive compensation for the duration of the crisis, while Capri Holdings’ top executives, including ceo John Idol, Michael Kors and Donatella Versace, all “voluntarily elected to forgo their salary for fiscal 2021,” and Ralph Lauren is not taking his salary for fiscal year 2021 and is skipping his full fiscal year 2020 bonus at Ralph Lauren Corp. Others also took assorted pay cuts.

“It really is a super challenging time, so you need the experience and guidance and wisdom of a highly skilled ceo,” said Ric Marshall, executive director at MSCI ESG Research, which helps investors evaluate companies through the lens of environmental, social and governance issues. “And from an investor’s perspective, you don’t mind paying them for that.”

But Marshall, who’s studied corporate governance for two decades, said there’s still a lot of confusion in the boardroom when it comes to executive pay and managing through the crisis.

Just how well many companies will ultimately fare in the crisis is still an open question and it’s not clear just how ceo’s will be paid for their efforts going forward.

“We don’t really know what [boards] end up doing about pay until the end of the year,” Marshall said. “There’s a lot of conjecture right now, but the reality is we’re in totally uncharted waters facing a global crisis. Every company and every set of shareholders is going to have to make sense of that. A lot of boards are guessing themselves and then second-guessing themselves.”

While many ceo’s have taken cuts to their salaries, Marshall said the corporate chiefs typically receive 60 percent to 70 percent of their pay in the from of equity and that some of them have been taking home big pay days for years.

“They’re not giving up very much if all they’re doing is cutting their big salary,” Marshall said.

Ultimately, boards might view their ceo’s, particularly if they’re good, as the one truly essential worker.

“In the overall scheme of things, I think these boards are not going to be terribly inclined to make substantive pay cuts in any of these people’s salaries,” Marshall said. “They’re going to want to see them well rewarded if for no other reason than they need them on board, somebody’s going to have to run these companies and navigate these really tough waters.”

That goes even if the company runs up against the rocks and sinks, with ceo’s often getting bonuses and incentive packages right before or during bankruptcy to encourage the boss to hang around and see the painful process through.

“There’s not a lot of downside [financially] to being a ceo, even if the company fails completely,” Marshall said.