Founder will stay on and she plans to double or triple her more than $10 million in annual wholesale volume within two to three years. 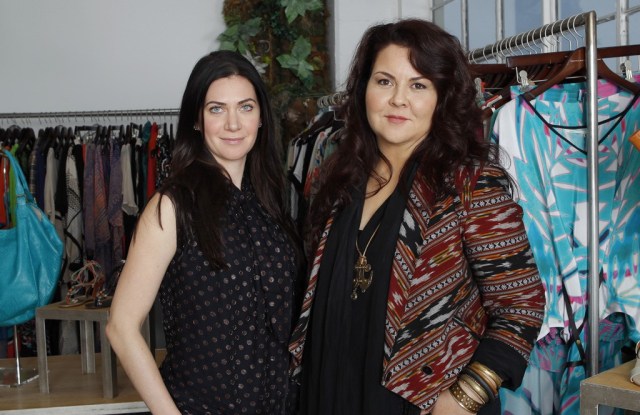 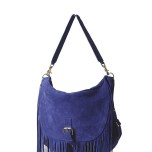 LOS ANGELES — Contemporary brand Cynthia Vincent has found a majority investor with Gores Group LLC, the private-equity firm, also based here, that extended its reach into the apparel business with a 2010 investment in J.Mendel.

While terms of the deal were not disclosed, Vincent, who started the Twelfth Street by Cynthia Vincent brand in 2003, said that with Gores’ backing, she plans to double or triple her more than $10 million in annual wholesale volume within two to three years.

Vincent will stay on as designer and chief creative officer for both her apparel business, Twelfth Street, and Cynthia Vincent shoe and handbag lines, and retain a minority stake in the firm. Chana Taft, most recently an executive at True Religion Apparel Inc., has been named the company’s new president. Gores has also enabled the company to add a retail/e-commerce manager and a head of specialty retail.

“Gores believes in my brand and understands what it takes to take it to the next level,” said Vincent, who noted the company’s priorities are strengthening its 385-door retail reach domestically and overseas, tapping into its e-commerce potential and deepening its current product range.

Gores Group, which acquired J.Mendel through its consumer vertical division (it also has an industrial vertical) purchased the manufacturing company Big Strike — known for its mass-market and junior brands such as Heart Soul, Free Love and Tracy Evans — last year as a platform to acquire more apparel brands in nonluxury categories. Cynthia Vincent is the first Big Strike investment.

“Through Big Strike, Gores plans to continue its investment in the apparel sector across various categories,” said Rochelle Gores, senior adviser at the company who spearheads the apparel division. “There is so much growth potential for Cynthia Vincent, and we’re committed to the apparel sector as a whole.” Big Strike is currently examining other brands, though they are not limited to Los Angeles-based or contemporary companies.

For her part, Vincent, one of the Los Angeles designers at the forefront of the contemporary movement, has seen the category evolve for more than a decade. She founded the St. Vincent brand in 1993. Later, she folded it into the brand Vince. In 2003, she stepped away from Vince to launch Twelfth Street by Cynthia Vincent as the category was flourishing with other L.A. lines such as Michelle Mason, Trina Turk, the now-defunct Development (then designed by Phillip Lim) and Juicy Couture.

“This partnership allows me to focus on product, which is what’s going to bring the company forward,” she said. “The mandate is to grow the business, but we want to do it with the best product.”

Vincent plans to broaden her apparel collection, which comprises 70 percent of the business, to include more hot-selling categories, like jackets and bottoms, in addition to its core dresses, sweaters and prints. “I’ve been given creative freedom to design what sells, and I’ve wanted to get back into categories like leather jackets that I’ve had to scale down when I had limited resources.”

Other areas Vincent plans to examine further down the road include a relaunch of girl clothing, which she has designed on and off, and the introduction of swimwear and beach-related accessories.