The DealmakeHers community calls on an impressive list of female founders and funders, with the launch to be honored by the NRF at the Big Show.

DealmakeHers is to be celebrated at the NRF’s Big Show.  Courtesy Image

“Despite heightened awareness and coverage of women leaders who have founded or are growing consumer businesses, women are still underrepresented on the financial side of the consumer and retail industry,” said Widlitz.

While inaugural members mostly come from the deal-making hubs of Wall Street and Silicon Valley, the female executives span industries including venture capital, retail and technology, with the aim to cultivate relationships and advance positive change in the consumer space. It’s what Domuracki says makes the community so unique.

While the competition for deals and funding is more intense than ever, even in spite of more capital, those on the DealmakeHers list touted a few of their personal highlights. 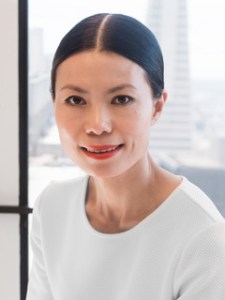 “The right dealmaking formula requires the ability to tell a story, to share a vision and to demonstrate results. That is the perfect deal trifecta,” said Andrea Weiss, founding partner at The O Alliance.

In the VC world, female founders are what venture capitalist Jennifer Neundorfer called an “underlooked asset class that is overperforming,” in an October interview with company insights platform Crunchbase. In fact, Crunchbase noted a record year for female-founded unicorns in 2019, which saw the emergence of 21 privately held companies with at least one female founder passing $1 billion in valuation.

The IPO Blues: Finding the Right Number on Wall Street