Execs at Global Department Store Summit in New York say the sector has turned a corner. 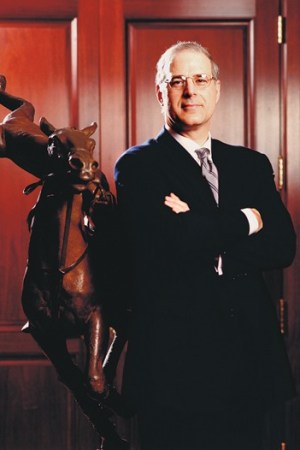 Of the 306 industry officials — 140 presidents, chief operating officers and chief executive officers from 50 department store chains representing about 85 percent of the sector’s worldwide volume, as well as top officials from 40 vendors — attending last week’s Global Department Store Summit in New York, the consensus, not surprisingly, was that the sector has turned a corner and is adapting to competitive challenges and the anemic economy.

The view is supported by this year’s earnings reports so far, which have been strong from the likes of Kohl’s Corp., Macy’s Inc., Nordstrom Inc., Saks Inc. and Neiman Marcus Inc., among others. But whether they’re gaining or still losing market share was debated at the summit.

“If you look at the last 10 years, department store market share has declined. No matter what country you are in, there has been a decline,” said Bernie Brookes, chief executive officer of Australia’s Myer chain. “However, department stores are going through a metamorphosis….Yes, they continue to lose share, but we are back in the game and will be more back in the game.”

William Lauder, executive chairman of the Estée Lauder Cos. Inc., took a more bullish view. “In China, we are growing magnificently and it’s a department store market,” he said. Lauder added that, starting in 2008 when the recession hit, “We saw a dramatic shift in the trend between our own stores in the mall versus department stores. We saw a strong migration back into the department store, because of the message of value, and those trends have somewhat continued today.”

“For the first time, we are seeing department stores regain share,” said Paolo de Cesare, chairman and ceo of Printemps.

“Around the world I think department stores are transforming before our very eyes,” said Roger Farah, president and chief operating officer of Polo Ralph Lauren Corp., who cited exciting changes at Bloomingdale’s 59th Street, Saks Fifth Avenue and Selfridges flagships. But, he added, “The challenge is to take some of that magic and stretch it over more of the stores. Quite frankly, much of the magic can be centralized and it’s not fully understood how it can be transferred. The customer who walks into the branch store has the same expectations as walking into a flagship location.”

There’s more to the challenge, for both brands and department stores — creating a sense of repeat visit, Farah said. “The connection with the customer. We all need to develop that more frequent contact with the customer — an urgent sense of connection.” Farah questioned whether department stores, after years of cutting many categories, might rethink the offering to be more broad based and not overly reliant on high-margin categories in order to become more of a destination, with a diversification of reasons to go there.

“Don’t let a good recession go to waste,’’ advised Stephen I. Sadove, chairman and ceo of Saks Inc., which organized the event along with the Intercontinental Group of Department Stores. His words became the mantra at the two-day conference and, apparently, many department stores have already seized the moment. Several speakers said through cost cutting, remerchandising for exclusivity and better values, and by investing in service and technology, department stores are stronger now than before the recession.

The take-home points, emerging through presentations and panel discussions with senior officials from some of the world’s most iconic retailers and brands including Macy’s, Selfridges, Marks & Spencer, Printemps, The Bay and Coach, were:

• Embrace change, particularly social media, the Internet and mobile technology. “The [personal computer] is dead. It will all be on your wristwatch,” predicted Stuart Rose, executive chairman of Marks and Spencer Group plc.

• Think small and local with marketing — tailor service and amenities to customers depending on their level of spend. “Developing local marketing plans has been transformational,” Sadove said of the Saks strategy to shift a percent of marketing dollars from national to local campaigns and install local marketing directors.

• Speed to market of new products and trends is critical. “The biggest threat to department stores is fast fashion,” observed Myron E. “Mike” Ullman 3rd, chairman and ceo of J.C. Penney Co. Inc. Forever 21, H&M, Zara, Uniqlo and Mango are taking “a big bite” out of department stores. While Penney’s has significantly cut its product cycle time, it’s also launching Mango shops inside its stores, joining the fast-fashion bandwagon. “Retail has been a bit slow in understanding the customer,” Ullman said.

• Think young. “The biggest challenge is attracting new, young consumers into the department store channel,” said Lew Frankfort, chairman and ceo of Coach Inc. He advised replicating the “intimacy” of the specialty store experience within the department setting by subdividing it. “Use micro marketing or laser marketing in unorthodox ways to get these young people,” he said.

• Think local. “This whole localization has got such legs and potential,” said Macy’s chairman, president and ceo Terry Lundgren of the My Macy’s localization organization. Asli Karadeniz, ceo of Boyner in Turkey, stressed the success of her company’s marketing efforts with local cell phone carriers to target young people.

“If you follow the shopper, you will see the future,” said Wendy Liebmann, founder and ceo of WSL Strategic Retail. “If you think the recession is over, it is not,” she said, noting her national online survey of 1,950 men and women indicates 50 percent of consumers believe the recession will last another one or two years; another 30 percent believe it will last three to five years. Sixty-three percent said, “I’ve gotten used to spending less,” and 17 percent said they miss buying things. Liebmann gave “eight-and-a-half” pieces of advice: restate worth, think small by honing in on the customer, reframe value, embrace the Internet, innovate discounting, reinvent service, romance the brand, seize the white spaces and be bold or fail.

Brookes said his Myer chain “had to change” to survive, and, in a way, took the reverse approach from what Farah said should be considered. Myer exited some unprofitable businesses such as appliances and chocolates and beefed up product to better lure shoppers, such as diffusion designer brands — items that would provide “pop and uniqueness” to the floors.

In a session titled “Winning With Technology,” Gary Loveman, chairman, president and ceo of Harrah’s, explained how his company uses marketing to spur spending. Saying it was possible to “create a sense of intimacy through technology,” he said Harrah’s employs sophisticated “relationship marketing” to best communicate with the 44 million adults who participate in its loyalty program. The goal, he said, “is to speak to each of you individually in a way that is valuable.” Unlike retailers who either treat every customer the same or market most heavily to their best shoppers, Loveman said his company “accelerates” its efforts to customers who are less loyal or unhappy in hopes of converting them.

“If you lose a lot of money [at our casinos], you’re going to hate us. But I can do something about that: I can put $100 in your pocket immediately, I can put you in the front row at Cher,” he said. “The goal is to speak to each of you individually in a way that is valuable….Loyalty programs seem pedestrian. We work on a behavioral modification program. The dumbest thing you can do is discount to someone who already shops with you.” He recommended, “Treat everyone well, just treat some extraordinarily well.”

NEWS FROM THE SUMMIT
• Lew Frankfort of Coach said the brand has been talking to Penney’s about a possible collaboration, but under a different label.

• The Bay will relaunch e-commerce this fall with cosmetics and the bridal registry and additional categories later, according to Bonnie Brooks, president and ceo. The Bay is also rolling out contemporary designer departments for the first time via 8,000-square-foot settings called The White Space. It’s in the Queens Street flagship in Toronto, and is expanding to seven other locations with labels including Catherine Malandrino and Opening Ceremony.

• Possible changes are ahead on Saks Fifth Avenue’s beauty floor. “I think there is an opportunity to be upgrading and elevating the business and taking it to another level,” ceo Stephen I. Sadove said.

• Selfridges beat out finalists Bloomingdale’s and Lane Crawford for the Department Store of the Year award from the IGDS. Department store ceo’s, suppliers and a separate jury determined the winner based on having an enviable profile, innovation, and outstanding
in-store experience, customer service and financial performance.

• J.C. Penney is rolling out kiosks to 100 stores this year to capture more online sales and help shoppers find products absent from selling floors. During the recession, Penney’s invested $100 million to bolster its $1.5 billion Internet business.

• After investing $2 billion over the past five years for infrastructure, shop-in-shops and other initiatives, Polo Ralph Lauren expects to invest another $1 billion back into its business over the next three years, said president Roger Farah.

• The next Global Department Store Summit will be in Paris in 2012, but there could be an interim gathering in China next year.