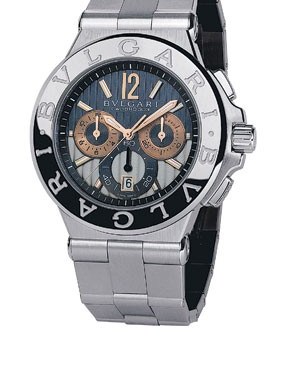 With financial markets reeling, gold and diamond prices soaring and currency markets riding a dizzying seesaw, it would seem the time has come to turn bearish on luxury.

But executives at most Swiss timepiece firms shrug off any omens of gloom. On the contrary, they say the industry is healthier than ever and that emerging markets like China and Russia should outstrip the effects of any drop in demand in the U.S. and Europe.

“Brands that are well presented in emerging markets will flourish,” said Bernard Fornas, chief executive officer of Cartier International. “We’ve opened recently in Russia, Baku [Azerbaijan], Siberia, China….We didn’t have those shops in 2001. China is growing. Hong Kong is strong. We are in a position today that we can amortize [the effects of a slowdown elsewhere].”

Exports of Swiss watches grew 25 percent in January thanks to strong demand for the most expensive pieces, according to the Swiss Watch Federation. Industry growth has been spectacular over the last couple of years, with 2007 a record year for most Swiss firms.

“This year we hope for more than 25 percent growth,” said Fawaz Gruosi, ceo of De Grisogono, who said he remained bullish thanks to strong sales in his shops through the first few months of 2008, as well as demand for new watch models.

Francesco Trapani, ceo of Bulgari, said, “Emerging markets such as China, Russia, India and the Middle East, which are more and more interested in high-end watches, are creating a strong basis for the future growth of this business.”

Piaget ceo Philippe Léopold-Metzger, said, “Sales continue to be excellent, including in March. Two-thirds of our sales come from Asia, the Middle East, Russia and Eastern Europe. This should protect us to a certain extent from a slowdown if it were to materialize. Sales are great in Asia, and in northern Asia in particular.”

Most key players continue to accelerate shop openings in emerging markets where luxury is flourishing thanks to newly aspirational consumers.

Bulgari opened five stores in Mainland China last year. This spring the Roman jeweler plans to open in Macao, which is quickly becoming a hot spot for jewelry and watches thanks to the boom in casinos there, and twin stores in Hong Kong. Van Cleef & Arpels will double the size of its stores in Beijing and Shanghai and the firm recently opened in Macao and Kuala Lumpur, Malaysia. Piaget just opened a fourth boutique in Taiwan, as well as a fourth in Hong Kong.

Severin Wunderman, owner of Corum, said, “India, Singapore, Hong Kong, Thailand and Malaysia are all booming in Southeast Asia, except Japan, where we are totally flat. Our total production is [already] sold out for Basel this year.”

“In the next five years, I believe we will continue to see [double-digit] growth in this area of the world,” he said.

Even in the U.S., at least for now, few warning bells are ringing that luxury watch sales will cool.

While the sinking value of the dollar against the euro and the Swiss franc has caused prices to skyrocket, Block said the above-$5,000 category has shown “tremendous strength.”

“We do see an influx of European and South American customers due to the weak dollar,” Block said. “It’s critical for brands to continue to support the growth of the U.S. market and not turn to other parts of the world because of the weak dollar.”

Still, as the industry navigates into the more uncertain landscape of 2008, there appear to be myriad challenges. The soaring price of gold, diamonds and other raw materials, on top of the value of the dollar, are among the hurdles.

Last month, Swatch Group, owner of brands including Omega and Breguet, tempered its enthusiasm for continued growth with a word of caution on currencies and raw material prices “creating new challenges.”

Some analysts are beginning to raise flags, too.

“In a slowing environment, we believe the watch segment to be the most at risk in terms of momentum,” HSBC luxury analysts Antoine Belge and Erwan Rambourg wrote in a recent report. “We do not expect a collapse in demand, but the slowdown of the category could be more spectacular, coming from a higher level.”

For the moment, however, executives said meeting demand remained the biggest concern.