Economists and retail analysts expect moderate growth in consumer spending and retail sales heading into the first half of 2014. 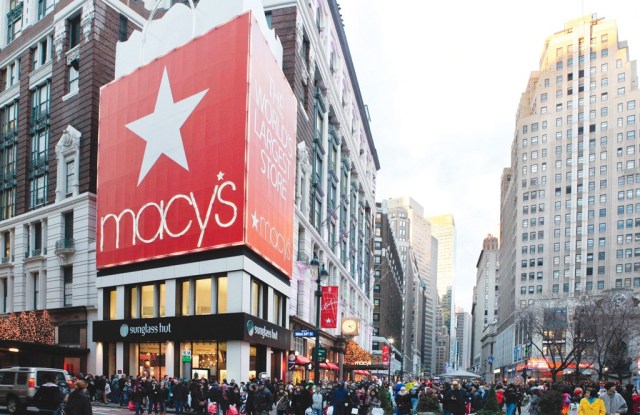 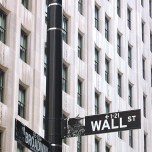 WASHINGTON — Economists and retail analysts expect moderate growth in consumer spending and retail sales heading into the first half of 2014, despite an unexpected drop in consumer confidence in November.

This story first appeared in the December 11, 2013 issue of WWD. Subscribe Today.

A strong stock market, stable employment situation and rising housing prices point to strong fundamentals in the economy heading into the holidays and next year. But the surprising dip in consumer confidence in November forced some economists to slightly lower their forecasts and early holiday sales have been disappointing.

Retailers attending trade shows and regional marts in the next six months will face some headwinds from that dip in confidence, which fell to 70.4 from 72.4 in October and marked the third consecutive month of declines, according to the latest Conference Board survey.

Another potential showdown in Washington over the federal budget in January and debt ceiling in February also threatens to add uncertainty in the first half of next year, although consumers largely shrugged off an impasse in October that led to a 16-day government shutdown and threat of a default on the nation’s debt. Lawmakers were able to reach a compromise deal that pushed off the fight over a more long-term deal until early next year.

Economists cautioned against reading too much into the November confidence survey, noting that consumer spending behavior often runs counter to confidence levels.

“It does seem to call for a marginally weaker outlook than what we had before the report came out,” said Jeet Dutta, senior economist at Moody’s Analytics. “But it seems like even [in October] the drop in confidence did not translate into weak sales. The retail sales numbers were quite strong in October, so something similar could well happen and this could not have material impact on actual consumer behavior when it comes to how much they buy or to what extent they shop during the holidays.”

But the economic forecasting firm is projecting that sales will increase 6 percent though most of 2014 and 2015. Overall consumer spending is expected to increase from a 2 percent gain in the fourth quarter to 4 percent in 2014.

“Generally we expect the next couple of years in consumer spending to be above average because of all of the pent-up demand,” Dutta said. “Retail sales would follow the same pattern. As the housing recovery gathers more steam and the market returns to more normal, it will give a boost to consumer spending and retail sales.”

Steve Coulombe, senior managing director in the corporate finance and restructuring segment of FTI Consulting, said his firm is forecasting a 4.9 percent increase in retail sales for the holidays and an increase in the range of 2 to 4 percent in the first half of next year.

“I think the Fed has basically said it will continue the bond buying program and will keep interest rates low,” Coulombe said. “I think we will be in a relatively slow growth period, similar to where we have been in the past couple of years. Unless there is some dramatic deal in Washington that has a negative effect on pocketbooks, the general trend is that consumers will shrug it off and behave like always.”

Coulombe said he expects high-end specialty stores to post steady sales gains, though he noted the teen segment has been struggling. In particular, Abercrombie & Fitch Co., which posted a $15.6 million net loss in the third quarter, underscores how the teen specialty store model is changing, he said.

“Part of it is the generation that really made Abercrombie a home run is now older and has moved on to a different phase of their lives,” he said. “If you look at the income for that age bracket now, it is getting more difficult for teens to get a part-time job than it was 10 years ago.”

J.C. Penney Co. Inc.’s struggles are also on the radar.

“They clearly will be as aggressive as they need to be to post some positive same-store sales,” Coulombe said. “But I don’t believe you’ll know the price at which they bought those sales until they publish their fourth-quarter numbers. We could be in a situation where they release goods news about sales, but still burn through cash.”

Some of the success stories this year and going forward include Macy’s Inc. and Nordstrom, Coulombe said.

“Macy’s seems to have connected well with its customers and understands them and what drives their behavior,” he said. “I think in many respects they haven’t fallen victim to some of the things J.C. Penney has…such as the back-and-forth strategy on pricing that is confusing to consumers. Macy’s has been more consistent.”

He said Nordstrom has benefited from rising household wealth in the economy.

“The past two years of recovery certainly have been kinder to higher income customers and a lot of things that we believe are driving consumer spending, which is income growth and household wealth,” Coulombe added.

On the discretionary side, IHS is forecasting an increase for apparel and footwear spending by volume in the 1.3 to 2.9 percent range in 2014.

On the employment front, economists are predicting steady growth into next year.

Retailers had a strong November, adding a total of 22,300 jobs, while the overall economy gained 203,000 jobs.

“We are looking at a better employment picture in 2014,” said Handler, noting IHS expects employment to grow in the 175,000 to 200,000 range on a monthly basis in the next few months, while the unemployment rate continues to fall.

Handler said he is uncertain whether solid wage gains will accompany the steady employment growth, however. By region, employment growth is expected to continue in its same pattern, with strong growth continuing in the South and the in the Sun Belt.

Handler said employment has recovered to prerecessionary levels in the “interior” of the country, ranging from Colorado to Texas. But some areas continue to struggle, particularly Southern California. The Northeast was not as affected by the recession and did not have as “much ground to recover,” Handler said.

Rajeev Dhawan, director of the Economic Forecasting Center at Georgia State University, is less sanguine about the employment picture, citing drags on the economy such as the negative impact on corporate and consumer confidence related to the government shutdown and concerns about another potential shutdown if Congress is unable to find a compromise on spending cuts in the federal budget by early January.

He also noted that global economic malaise is “depressing manufacturing and will dampen the gross domestic product, weaken business investment and lead to a decrease in job creation through much of 2014.

“If the corporate sector holds back, which I expect it to, there will be less job growth next year than we saw this year and that will impact spending later in 2014,” Dhawan said. “I expect the second half [2014] to be weaker on the spending side than the first half, which will still grow but not get to the next level.”