A little over a decade after acquiring the Elizabeth Arden brand, E. Scott Beattie is positioning it for the next decade and beyond. 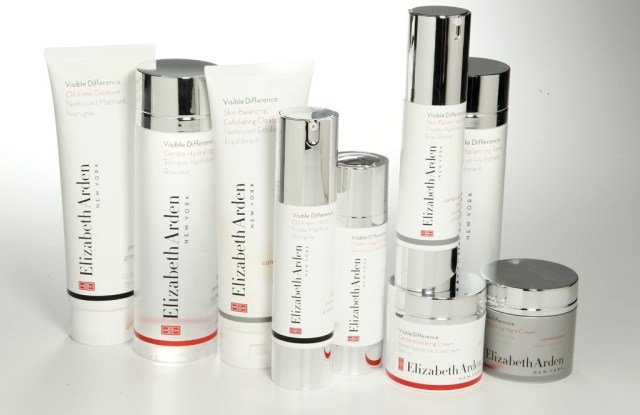 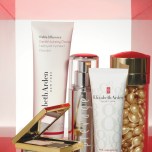 A little over a decade after acquiring the Elizabeth Arden brand, E. Scott Beattie, chairman, president and chief executive officer of Elizabeth Arden Inc., is positioning it for the next decade and beyond.

He’s not holding back on his ambitions for the 101-year-old brand, which currently generates about $850 million in retail sales a year. “We doubled the brand size in a little over 10 years and we want to double it again in five,” said Beattie. “We also want to be in the top 10 in every market we’re in.”

The Elizabeth Arden brand mix is currently about 40 percent each for fragrance and skin care, and about 20 percent for color cosmetics, said Beattie, and is generally in the top 10 in the markets in which it operates, which do not include the large beauty markets of Japan, France and Germany. “Over the next 10 years, we see huge opportunity for us in terms of growing our international platform,” said Beattie, noting the brand currently does two-thirds of its business outside the U.S. and that there are a number of domestic opportunities as well. Chief among them: taking a more upscale approach to business as opposed to a heavily promotional play.

“The first step for us, and I think the easiest step for us, is to strengthen the core markets where we have our strongest market share,” said Beattie. “It opens the door for other opportunities, At the end of the day, there isn’t a retailer that we deal with here or globally that doesn’t believe that Arden is a sleeping giant and that doesn’t believe that it can have a huge impact in driving improvement in the performance of its category.”

Beginning in September, a flagship system will be instituted globally to maximize business, said Beattie, with the rest of the strategies to follow soon behind.

“We’ll have 50 flagship doors, geographically dispersed around the world,” said Beattie. “They are beauty retailers that are winning in the category, generally. One of the challenges we have for the Arden brand is that there are retailers and doors within retailers where we don’t have the kind of coverage we need from a beauty adviser point of view, or the space or location is less than optimal. The retailers aren’t going to convert us from B or C space into A space without some kind of track record of performance. If we’ve got a representative sample of doors and we manage the run rate improvement, we can continue to drive the upgrade globally. And it gives the retailers a perspective on what size the opportunity is.”

“We’re completely revamping the entire [Elizabeth Arden-branded] lineup — every single package and every single sku,” added Kathy Widmer, executive vice president and chief marketing officer of Elizabeth Arden. The Arden brand’s stockkeeping units have been put on a diet. Currently, sku’s number 488; that count is being trimmed to 355, focusing on key pillars. In skin care, those pillars are Prevage, the company’s premium skin care line; Ceramide, Arden’s entry-level skin care play, as well as the best-of-the-best Visible Difference and the venerable 8-Hour Cream lines; in fragrance, Red Door, Green Tea and 5th Avenue, and in color, foundation-based skin care and eye and lip products. The makeup’s packaging will transition from the current black compacts to compacts of gold and silver with the brand’s signature Red Door.

“Our assortment will collapse by 30 percent of our sku’s — and we expect to grow that way,” said Widmer. “The combination of making it easier and more straightforward to shop, but also focusing on those high productivity sku’s will be a better business. The 50 flagship stores will get a complete makeover from the communications, the counter design, the product assortment, packaging, diagnostics. Quickly after, that will flow into all doors. And in a cascading sort of order of priority we’ll turn over the counters.” The counter design, she noted, will be flexible depending on space available and the region of the world. In some markets, such as Asia, the customer prefers a significant counter with a beauty associate on one side and the customer on the other. In other markets, such as the U.S., the counters allow consumers to play a bit more and ask a sales associate for help when desired.

One developing initiative which will address that challenge: an express spa complex will target younger consumers and is being designed with a product and service integration. “The treatments will capture what’s happening all around the city in terms of really efficient value-based treatments,” said Widmer, who has spent the past 18 months working on the restage of Arden. “You might go in with short lashes and come out 20 minutes later with long lashes. You can get a blow dry. You can get a mani-pedi. You get a brow or a wax, but they’re all short and high energy, more focused on the great night out than they are focused on the deep immersion in a spa, and fully integrated with that would be the products which would be Elizabeth Arden and/or Red Door products that surround each one of those experiences. We’re in the design phase now with a couple of design agencies for how we might actually bring that to life.”

While Arden no longer directly runs its branded spa business — it is licensed to private equity firm Northcastle Partners — that spa segment is currently a $100 million business encompassing 34 Red Door Spas in the U.S., mostly in the New York City metropolitan area, said Beattie, and Arden will leverage that heritage in moving the brand forward. He noted that the spa channel’s explosive growth — from about a $4 billion market in 1999 to a $13 billion market in 2010 — will help fuel growth for Arden. “We by far have the largest spa business in the U.S., and we have the strongest market share and brand awareness of any spas,” said Beattie.

Despite the brand’s history of using Catherine Zeta-Jones as a face for its Arden brand, the restructuring will come without a celebrity face this time, said Widmer.

“Our task was to take a high awareness brand and make it relevant,” said Widmer. “The New York heritage of the brand is something that we have not leveraged for quite a while. It’s a reminder that the brand is a New York brand. When you get to Shanghai, being a New York brand matters a lot.” As does the spa heritage, she said, noting that Arden has strengthened its relationship with the Red Door Spa to facilitate that goal. Elizabetharden.com was relaunched last month.

“What we’ve looked to do [on the Web site] is to also bring the spa and spa science forward,” said Widmer. “We’ve launched our e-commerce platform, which is much more engaging and easy to shop. We have a lot of content in here that allows for engagement into social media, so you can sort of lift from here and take it elsewhere. Spa science is a component of this that allows us to play out our spa story. And there are diagnostics here designed to help consumers find out answers in a teaching atmosphere.”

While Widmer and Beattie declined to discuss numbers, industry sources estimated that Arden will spend about $35 million globally on communicating the updates, including print advertising, social media and in-store initiatives.

The changes are a long time in the making. Beattie’s French Fragrances International purchased Arden and its portfolio from Unilever in November 2000 for $250 million and assumed the Arden name, with the ambition, Beattie said, of becoming “more than just a domestic business.” At the time, FFI was distributing Arden’s scents in the U.S. The brands included in the acquisition were the Fifth Avenue, Elizabeth Arden, Red Door, Green Tea, Splendour, Sunflowers and White Shoulders fragrances; the Ceramides, Millennium and Visible Difference skin care lines, and the Elizabeth Arden color cosmetics line. FFI also acquired Elizabeth Taylor’s White Diamonds and Passion fragrance brands.

In 1989, Unilever had acquired Arden from Eli Lilly for $1.5 billion, but in the ensuing years, the brand’s domestic fortunes had faded. Beattie noted that, at the time, “the [Elizabeth Arden] brand was broken, although the Elizabeth Taylor brand was still strong.

“When we acquired it, it was a combination of understanding the brand equity,” said Beattie. He noted that the brand had a strong global platform which he was determined to build upon. “The quality of the international business at the time — Unilever had spent a lot of money nurturing the business internationally and frankly had a stronger team of people around the world. At that time, French Fragrances had ambitions of being more than just a domestic brand and wanted to globalize, and the combination of knowing this brand well, working with Unilever and distributing their fragrances here in the U.S. and understanding the strength of the international Arden business made it a really attractive acquisition.” While the game plan faltered slightly after the events of Sept. 11, 2001, the size of the Arden business doubled in 10 years, said Beattie.

“In fragrance, we transformed ourselves from a distributor to an owner, with a very small amount of distributing other people’s brands right now,” said Beattie, noting that less than 10 percent of Arden’s business consists of non-Arden-owned products. “We’ve built up a strong fragrance business in North America — we have about 20 percent of the market here in fragrance. That includes our distribution brands, but if we were to net those out we’d probably be in the midteens in terms of market share across all the channels. And we’ve got a very strong department store fragrance business now, where we launch and develop brands. Not all of our brands ultimately cascade into mass; more and more of our brands are developing their breadth internationally, and some will stay exclusively in prestige. We’re at a point now where we felt this was the prime opportunity to take on the repositioning of the Arden brand.”

Beattie also referred to a Goldman Sachs report which predicted that in personal care, for the next 30 years, there will be 8 percent compound growth in the category globally. “It’s a trillion-dollar opportunity around the world. So people that have global brands, whether it’s P&G or Colgate or Lauder or L’Oréal or us or Avon or whoever, the opportunity ahead of ourselves is just fantastic. The trick is to have a portfolio full of the right brands.”