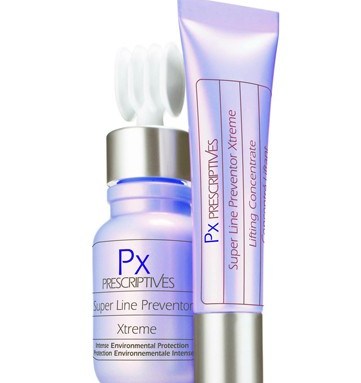 In a long-speculated move, the Estée Lauder Cos. said Thursday that it will shutter the retail distribution of its 30-year-old Prescriptives brand by Jan. 31.

Prescriptives, introduced in 1979 and sold in five countries, is the first major Lauder-conceived and -built brand ever to be closed. It also is the first decisive move in managing the beauty company’s sprawling portfolio of 29 brands. “This is the most tangible evidence that the company is taking much more seriously its approach to managing the portfolio,” said an observer, who asked not to be identified. “It’s a very emotional, complicated decision with a huge impact.”

Prescriptives products will continue to be sold on the brand’s Web site to U.S. consumers only, while inventory lasts.

“A core component of the Estée Lauder Cos.’ corporate strategy is to evaluate and, where possible, turn around underperforming brands with the goal of improving return on investment,” the company said. “After a thorough analysis of the Prescriptives brand, management concluded that the brand’s long-term business model is no longer viable, given the current market environment.”

Sources speculated that statement refers to the belief among industry executives that a brand without a volume of at least $160 million at retail, a multinational distribution and a strong presence in the travel retail market will find it very difficult to be profitable in the current financial climate. There was also speculation Lauder tried to sell Prescriptives, but found no attractive offers.

“We believe that the difficult decision relating to Prescriptives will allow us to redirect our resources to key strategic imperatives where we see the highest growth potential,” said Freda.

An observer speculated Lauder’s management had realized that, if the company poured additional funds into saving Prescriptives, the move would drain much-needed capital from sister brands with better prospects. Prescriptives is sold in about 700 doors in the U.S., Canada, the U.K., Ireland and Australia, as well as on QVC.

In a statement, Lauder said it expected to take charges associated with restructuring activities of $35 million to $40 million in connection with the closure, adding: “Previously disclosed estimated ranges for fiscal 2010 net sales and earnings per share, before charges associated with restructuring activities, remain unchanged as a result of this business decision. These charges are within the range of overall charges the company previously estimated it would take in fiscal 2010 in connection with its long-term strategic plan. The recording of charges will depend on when decisions are made and the relevant accounting criteria are met. Such charges are not included in the company’s fiscal 2010 earnings per share projections for the first quarter or the full year.”

Lauder has closed or sold other businesses over the years. The licensing agreement with Kate Spade was ended in 2004, and in 2007, the company sold the Rodan & Fields trademark back to the two dermatologists who created it. Stila was sold in April 2006 to Sun Capital Partners, and Jane Cosmetics was sold in 2004 to Lisa Yarnell and a group of investors. But all of those brands pale in size and significance to Prescriptives, which had a retail volume of almost $125 million a few years ago, but dwindled to $85 million or $90 million at retail globally, according to sources’ estimates. The sources also said the brand’s historically anemic profitability sank deeper into the red as part of the industry’s recent meltdown.

At its height in the Eighties and early Nineties, Prescriptives ranked in the top five beauty brands in American department stores. Some of the industry’s top talent and later biggest names passed through the brand’s doors, including James Gager, who, as senior vice president and creative director, gave the brand its distinctive blue retail look and identity. Former MAC Cosmetics executive Caroline Geerlings has been senior vice president and general manager of Prescriptives since November 2007.

Although the company declined to specify how many jobs are affected, sources estimated the brand has about 200 positions globally. Lauder said it is committed to placing as many qualified impacted employees as possible in open positions within the corporation. There is speculation among industry sources that Geerlings will surface with a new job.

Freda said, “We intend to work closely with our retail partners and continue to communicate with our consumers to ensure a seamless transition.”

Some observers noted that Prescriptives commands significant counter space in retail chains such as Macy’s and Dillard’s, and that other Lauder brands are expected to share in it.

Prescriptives was developed in 1977 and launched in 1979, headed by Ronald Lauder, with Sylvie Chantecaille as the director who developed the products. The brand was positioned as a modern, natural skin care line for smart, young career women that was poised to compete with then-dominant Erno Laszlo. Prescriptives then morphed into a natural makeup and foundation line for the Me Generation — a younger, more fashion-conscious consumer of the Eighties — and built its reputation on custom-blended foundation, a first for department stores. A successful fragrance, Calyx, was launched in 1986, and customizable color cosmetics followed.

Reached Thursday, Chantecaille proudly recalled, “It was a great introduction for young women. It changed the face of makeup. Everyone learned from Prescriptives about warm and cool.”

Although it was once the darling of upscale stores with a reputation for cutting-edge colors, textures and that perfect-match foundation, Prescriptives found itself losing ground in the mid-Nineties to trendy makeup artist brands such as MAC and Bobbi Brown, even before a hard-charging Sephora changed the beauty landscape and makeup artistry came to dominate color cosmetics. Prescriptives’ sales and influence waned considerably as a result.

“The birth of makeup artist brands in the Nineties was probably the first peg in the coffin for Prescriptives,” said Terry Darland, who spent 10 years on and off at the brand before moving to Dior in 2004. “Prescriptives always had edgy products — Colorprinting and custom-blended foundation, edgy color stories. When I joined the brand in 1987, it was the toast of Neiman Marcus.”

Darland said the 2001 decision to sell on QVC — which she was a part of — was a bold move for a prestige brand, and helped kick off a successful beauty business for the home shopping channel, not to mention offer positive effects for brick-and-mortar retailers. “Every time we were on QVC, sales with our retail partners spiked,” said Darland. “It got so that some of them — such as May Co. — would actually promote the appearances.”

Sephora, then in its infancy in the U.S., became another strong part of the brand’s strategy. “We’ll all be raising a glass of wine tonight to toast a great brand,” said Darland. “It’s like a knife in my heart to hear that Prescriptives is closing.”

Lauder made the point Thursday that, by shutting down distribution, the company still owns Prescriptives’ name, all its trademarks and its assets. Calyx, for example, is expected to be merchandised by the Aramis and Designer Fragrances division, according to a company spokeswoman.

And for all his affability, Freda has never made any bones about his intentions for the corporation. In February, Freda outlined the broad strokes of a four-year restructuring plan with a goal of wringing out $450 million to $550 million in costs. The first steps of the effort: trimming its workforce by 6 percent, or 2,000 employees, over an 18- to 24-month time period. As a result of the plan, Freda expects the company to achieve an operating margin of 12 to 13 percent. Longer term, Freda forecasts the company has the potential to achieve a 15 percent operating margin with a solid growth plan.

In the May issue of WWD Beauty Biz, he acknowledged that, because of the recession’s grip, Lauder is now operating in the 7 to 8 percent arena. The company’s goal — even in this recession period — is to grow 1 percent ahead of the global markets. “If it is a recession, the markets will be flat, so we expect to grow at least 1 percent,” Freda said in May. “If one day the markets go back to growing 5 percent a year, we expect to grow a minimum 6 percent a year.”

In July, Freda reorganized the company’s brands by channel and consumer segmentation to leverage Lauder’s scale. He also put some unnamed brands on watch earlier this year, with the ultimatum of shaping up or being sold. Market sources have suggested that the list included Prescriptives, among a couple of others.

When asked, he declined to identify which brands comprised that list, but emphasized that “small” and “underperforming” were not synonymous in the Lauder portfolio. “Smaller brands, if they have the right productivity per door, are very interesting businesses,” he said in May.

“Up until now, we have only seen some minor brand exits from selected countries [such as Origins leaving Greece],” Lieberman wrote in a research note. “By contrast, with Prescriptives, Estée Lauder will be shutting down a homegrown, heritage ‘darling’ brand with deep cultural ties to the company [and the Lauder family, which still controls an 88 percent voting stake].”