The company has managed to grow despite softening across certain southern European countries, such as France, Italy and Spain.

By Molly Prior on February 5, 2013
View Slideshow 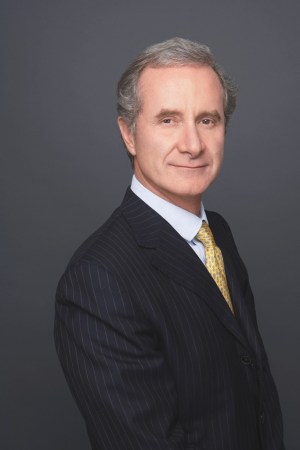 Despite storm clouds over parts of Europe, luxury consumers seem largely unfazed: Their unrestrained spending helped drive a 6.9 percent sales gain at the Estée Lauder Cos. Inc. in the second quarter.

“The affluent customer is spending freely for products she desires,” Lauder president and chief executive officer Fabrizio Freda told Wall Street analysts during the company’s second-quarter earnings call on Tuesday. He emphasized that Lauder has managed to grow despite softening across certain southern European countries, such as France, Italy and Spain. For instance, Freda noted that in France the company is growing at a rate of more than 8 percent.

“We have the capability to grow share in declining markets,” Freda told WWD following the call.

The ceo is keeping his eyes trained on affluent shoppers with a growing portfolio of luxury brands. “We’re building our brands in the high end,” said Freda, noting La Mer skin care’s swift global growth and adding that Tom Ford and Jo Malone are among the fastest-growing brands in the company’s fragrance portfolio.

“We believe these brands have terrific growth potential, and we plan to continue to invest in them over the next several years so they become more formidable players in the beauty landscape.”

The prestige beauty firm’s second-quarter net sales gained 6.9 percent to $2.93 billion, compared to $2.74 billion in the year-earlier period. Excluding the impact of foreign currency translation, net sales increased 7 percent from a year ago.

The company continued to ratchet up its advertising levels, spending an additional $75 million in the quarter.

“The U.S. holiday was solid, but not as strong as expected,” said Freda, “But we believe the market will continue to be solid,” he added, noting a robust product lineup and the ongoing trend of prestige sales outpacing the mass-market business. The company’s focus now, said Freda, is gearing up for the upcoming Chinese New Year in China, where MAC Cosmetics will introduce a special collection called The Year of the Snake.

Lauder continues to focus on skin care as a strategic priority. In the second quarter, sales in the category gained 10 percent to $1.28 billion, followed by hair care, which rose 9 percent to $131.9 million; makeup, up 7 percent to $1.05 billion, and fragrance, up 4 percent to $458.8 million.

“We continued to grow market share in skin care in a very solid way…and that will remain our focus,” said Freda, adding that makeup is also performing well. He acknowledged that the fragrance category had a tough year, as the company worked to reduce certain promotions, but he expects a more robust performance in fiscal 2014, which begins in July. Freda said, “Next fiscal year, we have an outstanding fragrance program” to build the business in a profitable way. It will encompass fragrance brands such as Tom Ford, Jo Malone, Michael Kors and newer additions including Tory Burch, Zegna and Marni.