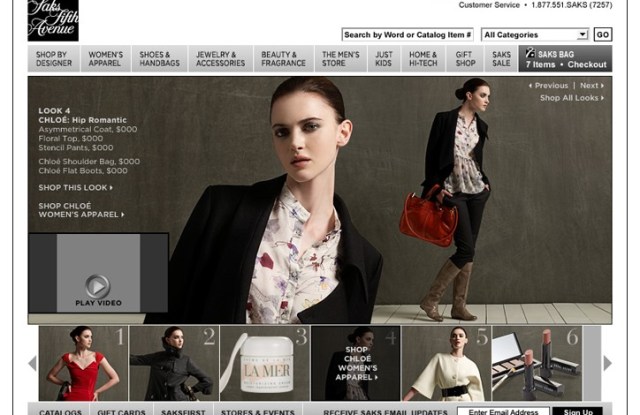 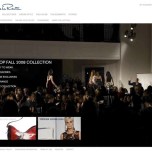 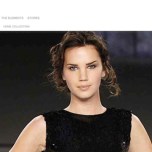 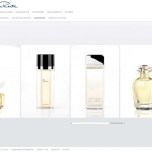 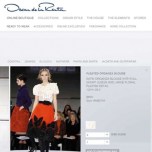 Online retail continues to be a bright spot in the overall retail landscape thanks not to rising gas prices or bargain hunting, but because consumers are increasingly comfortable shopping online.

A report released today by the National Retail Federation’s shop.org and conducted by Forrester Research Inc. paints a rosy picture of online commerce, pointing out that retailers expect to see an average annual growth rate of 25 percent and that conversion rates increased in 2007 versus 2006, the most recent period for which figures are available. About two-thirds of the retail executives surveyed said they expect their online businesses to perform the same or better than expected in the next 12 months. The report cautioned that slightly more than a third surveyed said they had lowered expectations in the next 12 months due to the poor U.S. economy.

The report also said that online sales margins may not be as high as traditional retail because operating costs — such as adding new features to stay competitive and promotions such as free shipping — are on the rise. On average, operating costs, including customer service and fulfillment, are about 10 percent of revenue, the survey found.

“I would say our growth is substantially higher than typical brick-and-mortar sales growth,” said Saks Direct president Denise Incandela. “We were very pleased with spring and we did see substantial growth of 30 percent. We think some of the drivers were the innovative content on the site. We have found it’s very effective.”

Speaking more generally of why online retail continues to do well despite the problems with traditional retail, she said, “Online retail is a less mature business than brick-and-mortar, so there is still growth to be had.”

Other executives concurred and said they had seen no hard evidence that high gas prices or, in the luxury sector, a search for bargains has anything to do with the growth online.

“We’re optimistic about both offline and online,” said Alex Bolen, chief executive officer for Oscar de la Renta, which relaunched its online store earlier this month. “Our business continues to hold up. The challenges for a retailer are the same online and offline. I think the way you execute those strategies are different online and offline.”

“We’ve had such rapid growth because the industry is so new, this channel is so new,” said Ginger Reeder, vice president of corporate communications for the Neiman Marcus Group. “We’re optimistic about this fall mainly because we have great product, and our customer every year becomes more confident with the experience online. And that just feeds itself.”

Nonetheless, the online retail landscape has become much more competitive in the last two years, with many brands, old-line brick-and-mortar retailers, young boutiques and new pure plays, such as Amazon’s Endless, coming online. At the same time, the online shopping experience has greatly improved — and revenues jumped — thanks to high-bandwidth connections and better imagery that shows merchandise more clearly than in the past.

Retailers are finding that they must continuously add new features such as video to stay competitive and increase conversion rates, just as brick-and-mortar stores have to remodel. Since January, retail has become more promotional across the board, and in the past year or so, free shipping has become expected, at least when customers order over a certain amount.

The study found that expenses such as these are on the rise, with 47 retailers (of 57 who answered the question) saying they expect to spend the same or more in the coming year. But money spent online is well spent, according to the survey, since 72 percent of respondents agreed with the statement, “The online retail channel is better suited to withstand the economic slowdown than the offline retail channel.”

The study found that conversion rates average 2.8 percent, and 49 percent of retailers reported their average conversion increased in 2007 compared with 2006.

The shop.org study also found that online, returns averaged 8 percent of sales. The percentage of total sales driven by repeat customers was 36 percent. Average order value was $133. The percent of stockkeeping units offered online was 73 percent, and the percent of sku’s unique to the online channel was 25 percent.

The report was based on responses from 63 retailers in a variety of businesses, including apparel, consumer electronics and gifts. Slightly fewer than 40 percent have been operating online for more than nine years, and 22 respondents generate $100 million or more from their online channel. A quarter surveyed said the Web is their primary channel. Of the respondents, 81 percent were profitable in 2007. The report also drew on an earlier survey of 125 retailers.

As for updating an online store, Bolen equated it to remodeling a physical one. “Like one needs to improve lighting and replace video screens and introduce new fixturing, [there are] a lot of things online that I equate to that,” he said. “While it may be accounted for differently, you have to spend capital to keep stores shipshape. It’s a different expense, different kinds of things, but very analogous to brick and mortar stores. We have a new large vitrine we’re rolling out to our stores to hold small leather goods and jewelry and the cash wrap that we developed with an architect at great expense. That kind of thing happens all time. You’ve got to keep the customer experience new and fresh.”

The new online store makes innovative and effective use of unusually large-scale graphics and quick-loading video. The idea behind the product detail pages, which blow up to show a runway image bigger than the screen (the customer can scroll around for the full view), was to show the detail in the garments just like in real life, said Bolen. Rear views are coming soon, he added.

Neiman Marcus, Saks Fifth Avenue and Net-a-porter.com are also using video and advanced imaging to drive sales. At Neiman Marcus, the company has been able to keep costs online within reason because it has built on an existing direct business, said Reeder.

“We tend to focus more on presenting the merchandise beautifully,” she said. “One feature that has been popular and continues to be is video. Customers like seeing interviews with designers and fashion shows. ”

Neiman’s has a blog, and over at Cusp, its contemporary boutique, shoppers can post comments on the Cusp blog, which appear in an RSS feed.

At Saks, video, designer interviews, and outreach to social sites such as blogs, YouTube and Facebook have juiced sales, said Incandela. “The content and editorial portions of our site have changed most dramatically. We’ve seen an impact on our designer business already.” This fall, Saks sent out a virtual version of its catalogue and held virtual trunk shows with special orders, among other initiatives.

Later this month, Net-a-porter will put up video of an exclusive Alexander McQueen runway show, and customers will be able to purchase eight looks from the pre-spring 2009 collection two months before they are available generally.

“I think a lot of the skepticism has now gone out of the business,” said Sven Gaede, chief executive officer of Net-a-porter. “Clearly it is one of the newer channels and that comes with a certain momentum, but nonetheless I think within the online sector there are some companies that are growing faster than others.” Global businesses like Net-a-porter are in a better position to ride out economic problems in particular areas, and all online businesses have the advantage of getting more business from customers who live far away from stores, he said.

Sears has taken a different approach to driving sales. Today it will unveil a visual search tool, as well as improvements to its existing My Virtual Model. The search tool will let shoppers scour the site for a product based on images in Sears’ online image dictionary. My Virtual Model lets customers try on clothes with a virtual image of themselves. Three months ago, the company introduced a social community Web site about Sears and Kmart, called sk-you.com, linked from its main site, where anyone can create a profile, comment on message boards, write reviews, and participate in surveys and polls.

As for My Virtual Model, which has been up in a beta form for about a year, the company has found “it drives conversion rates,” said Rob Mills, vice president, IT e-commerce with Sears, although he declined to give specific numbers. “It’s been a very positive experience for overall conversion as well as overall customer interactions.”