U.S. retail shares log their worst day since November, although markets in Europe were hit much harder than Wall Street.

By Evan Clark and Nina Jones on April 10, 2012
View Slideshow 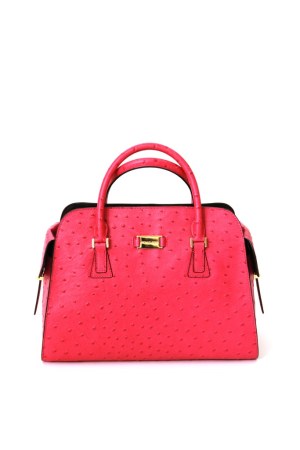 NEW YORK — Retail stocks lost some of their luster Tuesday and led Wall Street down as economic anxieties took hold on both sides of the Atlantic.

The day’s decliners included some of the stocks that have been strongest this year, including The Bon-Ton Stores Inc., which slipped 9.8 percent today to $7.07; Michael Kors Holdings Ltd., 7.8 percent to $43.17, and Lululemon Athletica Inc., 6 percent to $71.44. The sector was also weighed down by electronics retailer Best Buy Co. after chief executive officer Brian Dunn stepped down. Best Buy’s shares dropped 5.9 percent to close at $21.32.

Despite the decline, retail stocks are still way ahead of the game, having risen 15.4 percent so far this year, well ahead of the Dow’s 4.1 percent gain. Retailers appear to be on their game and shoppers have been buffeted by an improving employment scene, despite the disappointing payroll gains last week.

“Consumers are feeling pretty frisky,” said James Smith, chief economist for Parsec Financial Management. “By and large people have rising incomes — not spectacular, but rising — and increasing numbers of people are employed, which raises consumer confidence and incomes, and that’s a trend that’s likely to continue for several more years.”

And stores are hitting the right merchandising notes with consumers.

“The vast majority of the fashions appear to actually be fashionable,” Smith said.

Specifically, Mark Montagna, analyst at Avondale Partners, said many retailers are winning with colorful looks, which impact the industry broadly since brighter hues can be applied to tops, bottoms and accessories.

“We have not seen an impact this big on color in decades,” Montagna said. “That has been one of the key drivers, and warmer weather has helped spring merchandise sales.”

The question is: Have retail stock markets gone too far too fast given the still-high unemployment rate of 8.2 percent and the somewhat shaky recovery?

The National Federation of Independent Business also offered up a splash of cold water on Tuesday, noting its Small-Business Optimism Index fell 2 points in March to 92.5, snapping a six-month string of gains.

“What looked like the start of a recovery in profits fizzled out,” said the group’s chief economist, Bill Dunkelberg. “The mood of owners is subdued — they just can’t seem to shake off the uncertainties out there, and confidence that the management team in Washington can deal with the [problems] effectively is flagging.”

And what could be a nasty recession is brewing in Europe. Investors worried anew Tuesday about Spain and Italy’s rising borrowing costs. Spain’s 10-year bond yield increased to 5.93 percent as investors questioned whether the country would be able to reduce its debts. And the yield on Italy’s 10-year bonds rose to 5.67 percent