Challenges include ongoing uncertainty in the global economy, exchange rates and the price of raw materials. 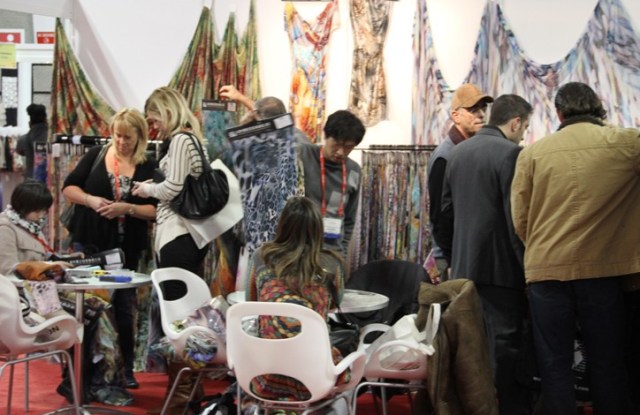 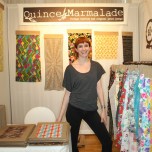 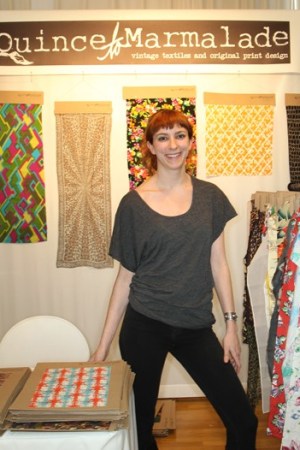 NEW YORK — As designers put the final touches on their fall collections, they are beginning to think about spring 2012.

While there is still much uncertainty in the textile sector, exhibitors, designers and buyers attending textile shows in Manhattan the last two weeks had reason to believe the economic doldrums are starting to lift and the rebound will soon begin to positively impact business. That was the general spirit at the Première Vision Preview New York and Direction by Indigo shows that took place Jan. 11 and 12, and offered designers an early look into fabric and print trends for next year, and sourcing specialist Texworld USA, which ended its three-day run last Thursday.

“We are certainly emerging from the worst of the crisis,” said Philippe Pasquet, chief executive officer of Première Vision.

Pasquet noted, however, that there are still plenty of challenges. He cited ongoing uncertainty in the global economy and exchange rates, particularly the continued weakness of the dollar against the euro, as some of the key issues facing the industry.

“The price of raw materials is also a key point,” he said. “The doubling of the price of cotton in one year has been a key issue.”

Raw material costs, particularly cotton, also dominated the conversation at Texworld USA. The show at the Jacob K. Javits Convention Center showcased resources for findings, trims, lace and embroidery, and a large group of Indian exhibitors of embroidery, and silk and wool fabrics.

“Fiber prices are on everybody’s minds,” said Jesse Curlee, president of Supima. “For pima [cotton], if you want immediate shipment from last year’s crop, it costs $3 a pound. Eighteen months ago, the cost was $1.20.”

But Curlee said, “Things are much better for our business and there’s strong demand from Asian countries. People who are contracting for next year for extra long staple pima are paying in the $1.80-to-$1.90 range. That’s a big premium over what they had to pay in the past, which has been the $1.20-to-$1.25 range for the last 30 to 40 years.”

Curlee added that “spinners and all the way to retailers have a much better understanding of cotton prices. In the past, if you go up 30 cents, they were all screaming. Now the concern is how to pass the higher costs on to the consumer and whether the consumer will pay the prices. They know what is happening in the commodities trade. They know [the price of] cotton has to go up.”

He believes that after two years, prices will settle and there’ll be more consistency.

In the last few years, cotton has been blended more with other fabrics, such as modal, a form of rayon that is a soft, sustainable fiber made from beechwood. Curlee noted that certain combinations attract interest due to its better feel and drapability, but that cotton prices have had buyers looking at blended fabrics to see if they can get the yarn price down.

Claudia Mommer, project manager for apparel at Lenzing AG, a fiber firm based in Austria, said there was strong interest in modal, Tencel and other cellulosic fibers.

“People are looking for lightweight knits that provide good drape and they’re also looking to see who are the right partners who can provide the right fabrics,” Mommer said.

At Première Vision Preview New York and Direction by Indigo at the Metropolitan Pavilion & Altman building, eco-friendly textiles were in the fore, with organic or recycled fabrics getting lots of attention. Technological innovations in fabrics have been steering fashion designs for awhile, and new developments included microsize patterns, matte fabrics and raw textures.

Brooklyn-based print company Quince to Marmelade showcased prints taken from photographs and then manipulated by computers.

“Organic abstraction has been an important trend for us,” said Marjorie Cox, who co-owns the firm with Quinn Morris. “I also like muted colors with a pop of bright hues. The Nineties’ spring florals are winding down, and to me, it’s now more about an abstract floral.”

“Florals are definitely still present, but smaller ones are more popular,” Kaye said. “It will be more tonal florals that are less dramatic.”

The show got off to a strong start, though attendance dipped on the second day because of a snowstorm, according to show organizers. Still, it attracted 3,455 visitors, who came to see the 190 exhibitors. They included executives from Polo Ralph Lauren, Michael Kors, Anna Sui, Nanette Lepore, Diane von Furstenberg and G-III Apparel Group, according to show organizers.

Jeff Mahshie, the former Chaiken designer who is now creative director at Lord & Taylor, was walking the floors of the Indigo show. “I am here to get a feeling for spring, and to see many of the new fabrics and prints,” Mahshie said. “I like the whole idea of layering and accumulation of fabrics.”

Exhibitors at both venues said traffic was affected by the weather and saw some hesitancy to places orders.

At Texworld USA, Sanjeet Gulia, manager of Grasim Bhiwani Textiles Ltd. in Haryana, India, said, “This is my second time here. We were here in 2008 for both January and July, but this time the traffic wasn’t as expected. We usually go to Paris Texworld. We have an existing client base, but wanted to see if new customers can be added.”

The firm’s wool fabrics are used mostly for men’s suiting, although there’s some wools for women’s. While there were a fair number of queries about the firm’s fabrics, Gulia said people are doing their homework by taking notes and asking about costs to bring the information back to their home office before deciding whether to place orders.

Mateen Hassan Khawaja, vice president for sales and marketing at Rauf Textiles & Printing Mills Ltd. in Karachi, Pakistan, said, “The customers this time are the smaller stores. Last time in July we saw a lot of traders.”

Tony Kim, president of Daewoong Global Inc. in Seoul, South Korea, which showed mixed fabrics involving silk, spent most of his time fielding questions about “samples, testing of fabrics, and pricing. They came for information and said they would come back later.”

*The wool price is based on the average price for the week ended Jan. 21 of 11 different thicknesses of fiber, ranging from 18 microns to 30 microns, according to The Woolmark Co. Information on cotton and polyester pricing is provided by the consulting firm DeWitt & Co. The synthetic fiber producer PRICE index, or PPI, is compiled by the Bureau of Labor Statistics and reflects the overall change in all synthetic fiber prices. It is not a price in dollars but a measurement of how prices have changed since 1982, which had a PPI of 100. Oil prices reflect last week’s closing price on the New York Mercantile Exchange of future contracts for light, sweet crude oil to be delivered next month.