With credit tightening and a possible crunch ahead, the one thing that is certain is that factors are confident they can weather the economic storm. 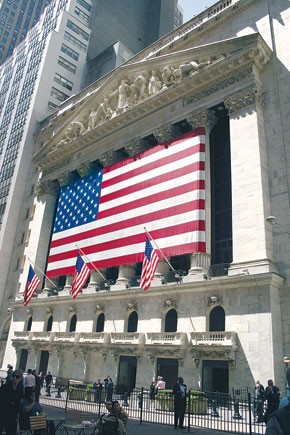 With credit tightening and a possible crunch ahead, the one thing that is certain is that factors are confident they can weather the economic storm.

“Some [of our clients] have been able to continuously grow and are pretty optimistic; other guys are getting squeezed not only on the sales side, but also on the margin side. For them it’s a recession, for the other guys it’s just a downturn,” Vanek said

“We are probably already at the beginning of a recession, although this may not be confirmed until we are right smack in the middle of it,” Enoch said. “We have experienced an unprecedented credit bubble in the United States and other industrialized nations, and now that the bubble has burst, it is going to take some time for it to deflate.”

While the majority of the panel said the country is at the brink or beginning stages of a recession, Wengrod believes we are only in a “soft economy” based upon the Conference Board’s positive consumer spending numbers and growth in exports. He said if a company identifies and delivers innovative product, consumers will spend. “I don’t think we are in a so-called doomsday environment right now.”

Since 1942, the average recession has lasted between eight and 16 months with an average of 13 months, Garber noted. “But what I think is more significant is the United States is leading the world in where the economy is heading. We probably will be the first to enter into the recession and the rest of the world will go in later and will come out after us. This means even when we start recouping, our growth potential will be moderated because obviously we depend on the economic activity of what the rest of the world is doing,” he said.

Garber believes the economic boom the country was enjoying over the past three to four years was not a normal depiction of the economy. He said that because people were able to borrow against their homes and do so at low interest rates, the economy is now near or at the point that may be more normal. “Obviously from where we came from we are feeling real pain,” he noted.

“You really had a scenario where even when loans were trending in a negative fashion, you had private equity that would come and essentially buy you out of that loan. Now that that is clearly no longer the case, you’ll see lenders start to run into a bit of credit crunch, which obviously impacts the ability of the borrower to access a broader number of potential sources of financing,” Sullivan noted.

“I think so far the credit crunch has had a far greater impact on the capital markets and those looking to raise public debt or issue commercial paper, although there is some evidence that banks are tightening up their lending. So vendors may find it tougher in the future, but for those of us around this table, we have weathered this kind of storm. We know how to get very creative,” Enoch said.

“I think at a higher level of funding it’s going to be potentially more difficult. Lending to the smaller companies from the $1 million to the $20 [million] or $30 million loans, I don’t think there is necessarily going to be a credit crunch, but when you look at the so-called jumbo deals, the transactions over $100 million, I think those markets are going to be impacted,” Sullivan said.

He noted vendors are being forced to share the pain by increasing markdown volume and allowing orders to be placed closer to delivery. As consumers tighten their purse strings, vendors have limited ability to increase prices and need to be sharper in cutting costs. He concluded that they must be cognizant of where they are getting their goods, the quality of their merchandise and making sure deliveries are timely.

In order to survive the economic downturn, retailers will need to keep their overheads as low as possible, control inventory, try to purchase only to order, dispose of old inventory as soon as possible and try to differentiate themselves from the competition, Enoch advised.

Many retailers already have begun to make changes in their operations. AnnTaylor Stores Corp., Eddie Bauer and Macy’s Inc. have announced the closures of underperforming locations. Sears Holdings Corp. and Talbots Inc. are among many others that embarked on major overhauls and cost-cutting initiatives.

“A lot of retailers are like sheep, they just follow everybody else. They overbuild and overstaff and now they are adjusting to the realities of life and maybe where this economy should have been today anyway,” Garber said.

“People don’t realize how much fat there still is in corporate America. Even though so much has been cut, there is still plenty more to go,” Cohen said.

Companies that expect to remain successful have to pay more attention to inventory levels and those who don’t will suffer. Managements have done a better job allocating dollars to inventory control, and there are more efficient reporting systems now than there were 10 to 20 years ago, Reza said.

On the vendor side, Liz Claiborne Inc. and Jones New York are dedicating select brands to exclusive distribution, while Polo Ralph Lauren’s Global Brand Concepts division introduced the American Living line at J.C. Penney and upscale designers Dana Buchman and Vera Wang are offering exclusives at Kohl’s. Reza noted that even retailers have been recycling brands that were successful in the past.

“Companies are always looking for reliable names they can revive. These recycled brands get a new customer that is unfamiliar with its image, and still get the recognition from their grown-up original customer,” Enoch said.

When it comes to branding, the panel agreed that the consumer electronic world has done the best job generating a buzz with shoppers.

“I think what is interesting about the consumer electronics marketplace versus the apparel marketplace is that there seems to be more of an acceptance among consumers of brands that are lesser known because there is almost an understanding that many of the same factories produce many of the same products. In the apparel industry there is an increased focus on brands,” Sullivan said.

“I think there is a lot of trading down that is benefiting the discounters like Wal-Mart and some of the department stores. And the luxury market, which up until now has been holding up quite well, has started to show some cracks with the recent holiday season,” Enoch said.

For the fourth quarter, Target Corp.’s numbers were down, while Wal-Mart Stores Inc.’s sales in the apparel sector were up. Vanek said shoppers who once found value in Target are now finding more value in Wal-Mart, especially since the discounter has been able to turn around its apparel business.

“You have got to accept the fact that discretionary income is down and there are going to be people looking for value. It doesn’t mean the higher-end labels are not being purchased either. If you look at the U.S. economy, you can say there are the ‘haves’ and the ‘have-nots.’ And both ends are where all the action is, but both are being used. I think there is going to be a squeeze on the middle,” Cohen said.