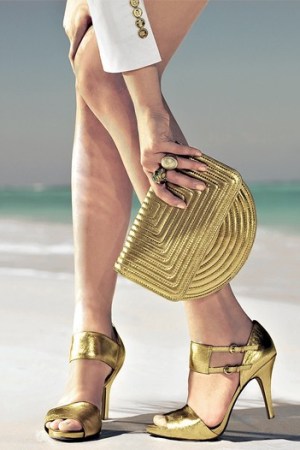 Declining market capitalizations, a direct reflection of the recent fall in stock prices, are wreaking havoc on fashion companies’ earnings and financing arrangements, and the worst might be yet to come.

For many public companies, the problem has been compounded by — and is at the same time linked to — weakening balance sheets and deteriorating financial results. Companies in the unhappy position of being worth less in the eyes of investors just as the financial cushion of cash on hand dwindles face steep impairment charges and further erosion of their credit ratings as well as increasingly less interest from investors in their stocks.

A decline in market capitalization, or the aggregate value of all of a company’s outstanding shares, also threatens the financial performance covenants tied to bank loans and can precipitate delisting from stock exchanges. Although the New York Stock Exchange has loosened its minimum market capitalization requirements and several major banks are now taking market volatility into consideration before cutting off financing or making it more expensive, the impact has been severe.

Industry analysts and experts describe the current harsh business conditions as “unprecedented” and expect the number of distressed companies and bankruptcies to soar over the next six to eight months. Analysts say public companies with weak balance sheets and depressed stock prices are the most vulnerable.

A case in point is Liz Claiborne Inc., which posted a $683 million goodwill impairment charge and a $828.9 million net loss in the fourth quarter that was mostly due to market capitalization that fell below book value. Goodwill is the value placed on acquired brands and businesses and needs to be adjusted regularly by accountants to keep market capitalization and shareholders’ equity in relative balance.

At below $2 a share, less than a tenth of its 52-week high of $22.12 last September, Claiborne’s stock is at its lowest level ever, giving it a total market capitalization of just $178.9 million. This could expose the company to takeover possibilities. Then again, competitors — even stronger ones — might be too busy keeping their own ships on course.

Analysts say the charges Liz Claiborne faced in the fourth quarter are likely to be seen across the sector as, even after a strong performance last week, the bear market eats up stock values, which are at levels not seen in decades.

Claiborne’s rival Jones Apparel Group Inc. last month recorded fourth-quarter charges of $813.2 million to write down goodwill related to the acquisitions of Nine West and Maxwell Shoe Co. Inc., plus another $25.2 million for trademark impairment, on its way to a $822.9 million net loss. And Macy’s Inc. has $9.12 billion in goodwill on its books, of which the company said $4.5 billion to $5.5 billion could be written off.

Jones’ shares have fallen 73.9 percent in the last year, leaving it with a market capitalization of $301.5 million as of Friday, and Macy’s stock has slipped 64.2 percent as the total value of its shares outstanding fell to $3.5 billion.

According to two credit analysts, there are over 420 public companies for which market capitalizations are both greater than $5 million and less than net current asset values.

Analysts said companies that need to shore up their balance sheets the most are smaller and midcap companies with sales greater than $600 million a year but cash and cash equivalents below $100 million in the most recent quarter. The concern is these types of firms can burn through cash quickly under current market conditions, with cash flow already limited due to their larger operating size.

Is there any silver lining in these dark clouds? Perhaps just a sliver.

Marc Blazer, president of Overture Acquisition Corp., a special purpose acquisitions company (SPAC) based in New York, said he expects to see more firms take impairment charges like Liz Claiborne did, “as I feel we’ll see a lot of companies trading below book, regardless of sector.” Blazer added that consolidation in the market will likely increase as a result. SPACs are pooled investment vehicles that allow public market investors to join in on investments in private equity type deals, such as leveraged buyouts or, in the current economy, a distressed situation.

For his part, Blazer said his firm is “looking at some very interesting opportunities” in the apparel and retail space. “We’re seeing some great companies, with good performance, but facing near-term liquidity issues and are thus trading at punishing multiples,” Blazer explained. “So we do expect to see some consolidation. However, in our case, we are not necessarily interested in control. We want to find good companies, with good management teams that we can add value to, without needing to run their business.”

Blazer said, “Between Paul Pressler and Domenico De Sole on one hand, and our financial talent on the other, we feel we can add a lot of value to many companies. We want to partner with companies and management teams that are otherwise performing well, but need capital to execute on their vision, survive in this market, and be well-positioned for the eventual recovery.”

Pressler, former chief executive officer of Gap Inc., serves on the board of Overture while De Sole, former ceo of Gucci Group, is an adviser.

Many economists and analysts believe that any improvement in the general economic outlook would have to start with an improvement in the employment picture, which would boost consumer confidence and drive spending, leading to better top-line results, eventually improved margins and profits and ultimately greater investor confidence.

On the brighter side, retailers will be facing easier same-store sales comparisons this fall as the beginning of the steep downturn in spending marks its one-year anniversary. And for companies with stronger balance sheets (as well as some select private equity firms and blank check firms such as Blazer’s), the distressed conditions in the market translate to lots of opportunity to buy assets at fire-sale prices.

In the meantime, companies have to put themselves into a purely defensive mode, analysts say. And that means retailers need to continue to close stores while suppliers need to reduce costs across the board.

“The volatility of the market and the lack of demand for [retail, apparel and luxury] stocks are at levels never seen before,” said Dana Telsey, chief research officer and founder of Telsey Advisory Group, who added that it is unclear when the market will shift. “It’s a work in progress. And it is unprecedented in terms if the levels of promotions [at retail] and how long this [bear] market will last.”

Jeff Van Sinderen, analyst at B. Riley & Co. LLC, said more companies are going to experience what Liz Claiborne dealt with in regard to the stinging impact of steep impairment charges triggered by depressed market capitalization.

“You’re going to see more of this because assets — acquisitions that were over the past several years — are not worth what they once were,” Van Sinderen said, adding that costs relating to discontinued lines or operations will also weaken results.

“The days of using stock as a form of currency are over,” he added.

Telsey and Van Sinderen said these conditions should force companies to adopt strategies that involve:

• Reduction or postponement of capital expenditures;

“From a corporate-finance perspective, a depressed trading value puts a damper on raising additional equity or using shares to make an acquisition,” said Gayle Turk, managing director of Evercore Partners. “From a confidence perspective, a depressed stock price and difficult operating environment certainly don’t help an executive’s desire to be aggressive on new investments. That said, good companies with strong balance sheets and ample liquidity should still be investing prudently in growth where there is an opportunity to gain share and use the current environment as a means to secure a stronger market position.”

Given the steep decline of stock values and market capitalizations, one would expect a flurry of takeovers right now. Van Sinderen says companies might be just waiting for multiples and valuations to drop even lower and, although the market favors buyers over sellers, it’s hardly a classic buyer’s market.

“We have not seen a real pick-up in hostile activity in the retail sector despite the low valuations,” Turk added. “One reason is that the likely acquirers are hunkered down dealing with their own problems and the private equity community is without a financing market to support doing deals with leverage. I think a strategic [buyer] with a strong balance sheet could use this environment as a time to do their ‘dream deal,’ but that is not without execution risk. It also requires courage, which is hard to come by when there is continued uncertainty.”

Telsey stressed that much hinges on consumers, who are worried over the short-term prospects of employment while also seeing their pensions evaporate as the stock market has tanked.

Robin Lewis, vice president and head of retail vertical for Vantage Marketplace, a subsidiary of Goldman Sachs, said he has trouble getting over the fact that the market has not found a bottom yet.

“Forget the word ‘recovery,’” Lewis said. “First, we have to get to the bottom.”

Even then, Lewis said it should not be described as a bottom. He sees this recession as a permanent shift in consumer habits. “Things will certainly not be what they used to be,” Lewis added.

Craig R. Johnson, president of Customer Growth Partners, puts the chance of recovery at 25 percent in the fourth quarter of this year, 50 percent in 2010, and 25 percent in 2011. “So we think the probability of significant retailer takeovers, despite great values, is low now, but will rise as the year proceeds — if capital markets return to health, and if [President] Obama doesn’t punish capital creation,” Johnson said.

Blazer added, “I can’t tell you when we will see an economic recovery, and as long as investors are gripped by that same uncertainty, valuations will remain depressed. What I do believe is that we’ll need to see two or three quarters of at least moderation in decline, or signs of growth before valuations begin a gradual return to historic norms.”