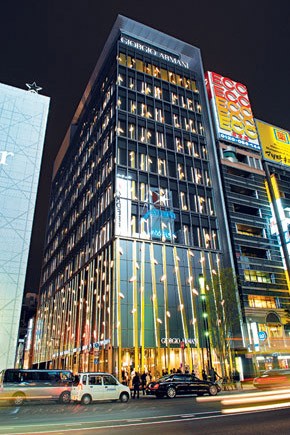 Major retail players, such as Saks Fifth Avenue, Gap Inc. and Coach Inc., along with designer brands like Chanel, Lanvin, Gucci, Louis Vuitton and Marc Jacobs, are either making plans to enter the Asia-Pacific region — or they’ve arrived already. In 2006, the Asia-Pacific region as a whole brought in $160.1 billion in apparel and footwear retail sales — that number is expected to grow by 5.2 percent to $168.3 billion in 2007. So, which countries are excelling in the region? WWD asked London-based market-intelligence firm Euromonitor International to provide the region’s top countries, ranked by their estimated apparel and footwear retail sales for this year.

Fueled by Japanese corporate giants like Fast Retailing Co. Ltd. (Uniqlo stores), World Co. Ltd. (Hushush stores) and Sanei International Co. Ltd. (Sanei stores), Japan leads the pack — not surprising given its consumers’ taste for fashion of all kinds. And while the luxury sector has seen slower growth over the last few quarters, brands like Armani continue to rush in. “Gleaming luxury towers keep springing up in Ginza, and Bulgari is the latest to join the crush,” said WWD last week. The Italian jewelry and leather goods brand has taken things a step further, however, by opening two major stores in Tokyo in the last few weeks. In addition, WWD reported Monday that Domenico Dolce and Stefano Gabbana have plans for more store openings in Japan.

2. INDIA
$23.1 billion
China might be a focus for many brands at the moment, but its Asian neighbor India is attracting increasing attention thanks to growing wealth and changes in laws regulating retail ownership. Topshop’s owner, Sir Philip Green, is in talks to enter India in the near future; Dolce & Gabbana will open in New Delhi early next year, and Italy’s Benetton SpA has signed an agreement with Trent, the retail arm of the Tata Group, to develop its Sisley brand in India. Gucci opened its first boutique in India, in Mumbai, in September: The expansion in India fits in with the company’s overall strategy to further develop its business in the Asia-Pacific region.

3. CHINA
$22.8 billion
While Chinese apparel retailers, like Li-Ning and Anta athletic apparel stores, have a foothold in the retail game in China, plenty of brands are moving in on their turf. “The entry of international brands such as Benetton, Zara and FCUK, are showing their potential strength to domestic brands,” said Euromonitor. “Most of the international brands tend to position themselves at the mid- and high-end of the industry.” October’s Fendi fashion show atop the Great Wall of China, which cost an estimated $10 million, was “a major statement from LVMH about the importance of China to the luxury sector and to its future fortunes,” said WWD. Earlier this year, Chanel opened its first boutique in Shanghai, while Burberry has just opened its 34th Chinese store, in Beijing. Hermès recently added boutiques in Hangzhou and Chengdu.

4. SOUTH KOREA
$17.3 billion
The retail business has witnessed entrants such as Gucci and J.Mendel into South Korea. And WWD reported last week that Valentino is looking for a location for a flagship in the country, where the brand already has six freestanding shops. Located in Seoul is the Myeong-dong shopping area — a popular destination for apparel, shoes and other fashion accessories. Unlike nearby Namdaemun and Dongdaemun Markets, which sell products at low prices, most shops in Myeong-dong deal with midlevel price items. Shops here include Guess, Club Monaco and Levi’s. And if consumers are in the market for discount apparel, Wal-Mart Korea — also located in Seoul — is always an option.

5. INDONESIA
$7.1 billion
Anya Hindmarch is heading to Indonesia, while Rebecca Taylor opened up shop there this past July. In May, Banana Republic opened a unit in Jakarta, operating as a franchise of retailer and distributor FJ Benjamin Holdings Ltd., which brought the Gap to the region last year. And in September, Guess chief executive officer and vice chairman Paul Marciano said, “Our focus in terms of strategy is to expand globally, quarter after quarter.” He added that there are currently footwear stores in Milan, Monte Carlo, Singapore and Jakarta, Indonesia. Also located in Jakarta is the upscale Plaza Indonesia, which offers designer boutiques from Lanvin, Louis Vuitton, Versace and Gucci.

6. TAIWAN
$5.4 billion
“In view of the stable nature of clothing and footwear sales, players need to precisely position themselves to gain larger market share,” noted Euromonitor. “To create a range of brands aimed at different target customers is the key action taken by major players.” What better place for a retailer to position itself than at the base of the tallest skyscraper in the world? Located in Taipei is the Taipei 101, the first record-setting skyscraper to be constructed in the 21st century. The multi-story retail mall at the base of the tower houses restaurants, night clubs and a number of well-known brands, including Coach, Lagerfeld, Ralph Lauren, Jean Paul Gaultier, Missoni and Moschino.

7. HONG KONG
$3.8 billion
Hong Kong remains a gateway to China, from domestic brands like Giordano to department stores such as Lane Crawford. As for foreign labels, while Valentino has had a retail presence in Southeast Asia for roughly 30 years, the opening of a flagship here marks a change in the company’s strategy in the region. The shop, which opened Nov. 13, was designed by Italian architect Antonio Citterio and will become a role model for future Valentino stores in Asia, WWD said last week. Pringle of Scotland has landed in Hong Kong, as well. The brand opened its first Hong Kong unit at the Elements mall, a new one million-square-foot shopping mall which features a rooftop garden with alfresco dining options and five distinct shopping areas, including The Metal Zone — which, in addition to Valentino, houses names such as Prada, Fendi and Furla.

8. MALAYSIA
$3 billion
During a minitour of Asia in November, Juicy Couture co-founder and co-president Gela Nash-Taylor confirmed the brand has big plans for the region. Nash-Taylor cut the ribbon on two new stores, one of which is in Kuala Lumpur. She also stated the brand hopes to have 47 stores in Asia within 10 years. Located in Kuala Lumpur City Centre is Suria KLCC, a shopping complex which houses other designer names, such as Hermès, Chanel, Marc Jacobs, Giorgio Armani and Gucci, along with footwear brands like Adidas, Converse, Stuart Weitzman and Jimmy Choo. Fine jewelers, including Cartier, Chopard and Tiffany & Co. are housed here, as well.

9. PHILIPPINES
$1.5 billion
In Manila’s central business district of Makati City is Greenbelt, the flagship mall of Ayala Land, the country’s leading property developer. Comprising a 1.3 million-square-foot lifestyle complex, with more than 250 shops, restaurants and entertainment venues, the mall opened in 2002 with Greenbelt 1 and 2, followed by Greenbelt 3 in 2003. Greenbelt 4, which houses designer labels such as Prada, Gucci, Bottega Veneta and Louis Vuitton, opened in 2004. And in October, WWD reported Monique Lhuillier is looking to go abroad in the next couple of years with stores in the Philippines — where Lhuillier grew up — and other select Asian and European locales.

10 .SINGAPORE
$1.1 billion
The big news in Singapore has been Gap Inc.-owned Banana Republic’s move into the region. WWD reported in August, “Customers were waiting when the retailer unveiled its first Banana Republic store here in July, the region’s third new boutique in as many months.” At the other end of the retail spectrum, Jimmy Choo teamed up with Malaysian partner Valiram Group to operate a Choo location in Ngee Ann City, Singapore. And Polo Ralph Lauren Corp.-owned Club Monaco, which has 38 units in Hong Kong and Seoul, plans to enter Singapore and Malaysia next year.

source: euromonitor international; all retail sales are projected for the year 2007; australia and new zealand are categorized as a separate region, “Australiasia,” and are therefore not considered part of this ranking