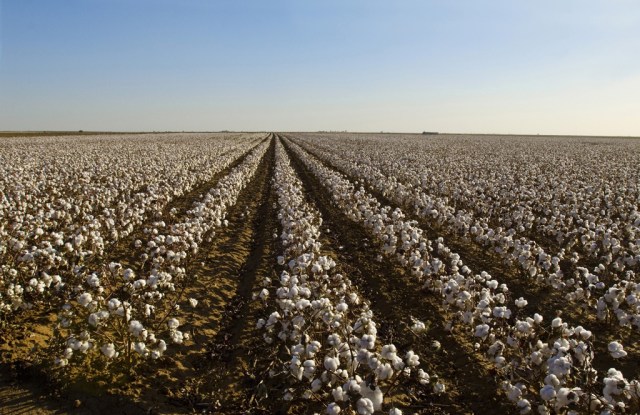 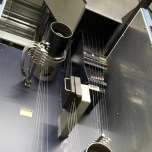 Stability in raw material prices and economic conditions around the world resulted in a rarity in the global fiber business in 2013 — a lack of volatility, leading to an outlook for more of the same in the year ahead.

This story first appeared in the December 31, 2013 issue of WWD. Subscribe Today.

Following some up and down years — memories of record-high cotton prices in excess of $2 a pound in 2011 that dragged other fibers with it are still relatively fresh, not to mention the Great Recession that preceded it — the fiber industry sees a somewhat stable environment ahead, with room for growth. But slow and somewhat tenuous economic growth in places such as the U.S. and Europe and China’s molasseslike move away from a controlled economy still weigh on key sectors, while climatic conditions are always a concern for natural fibers.

Cotton prices have risen in the last year to 81.01 cents a pound from 68.4 cents a year ago, according to the U.S. Department of Agriculture’s daily report of U.S. spot prices. The New York March futures contract edged higher the last few weeks, rising to 84.12 cents a pound from about 77 cents a pound in late November.

Cotton Inc. noted that over the past two crop years, the global cotton market has been dominated by two competing forces: On one side, there were the record world-ending stocks that threatened to push prices lower, while on the other side there have been tighter-than-average stocks outside of China, which have supported global prices.

Gildan Activewear Inc., a major North American cotton apparel manufacturer, commenting last month in its fourth-quarter earnings report, said, “The average cost of cotton in fiscal 2014 is currently expected to be comparable to the average cost for fiscal 2013.”

Global competitiveness pressures have had an impact on certain sectors.

The Lenzing Group, considered the world’s leading producer of cellulosic fibers, saw consolidated earnings before interest, taxes, depreciation and amortization decline about 20 percent to $306.4 million in the first nine months of 2013, as sales fell about 7 percent to $1.98 billion. On the basis of the anticipated weaker fourth quarter, Lenzing revised its guidance downward slightly for the year 2013, with EBITDA of $300 million to $315 million forecast and sales of $2.6 billion expected.

Lenzing said no imminent change in the difficult business environment can be expected in the global fiber market. It said the continuing high level of cotton inventories has unfavorable effects on the entire fiber industry, noting that the International Cotton Advisory Committee expects inventories to rise an additional 2 million tons to 20.8 million tons by the end of July.

“The difficult market situation will continue in 2014 and possibly well into 2015. We will resolutely counteract this unfavorable situation and adjust our cost structures to the new circumstances as quickly as possible,” said Peter Untersperger, chief executive officer of Lenzing AG, last month in the company’s fiscal update.

Untersperger noted that Lenzing has implemented a comprehensive cost-optimization program that is aimed at saving $164 million annually through 2015. The sales and marketing organization will be strengthened as part of the current reorganization project, with a sharper focus on the important fiber markets of Asia and Turkey. Sales efforts in China especially will be expanded on the basis of additional technical experts and market development capabilities, Lenzing said.

The measures to be implemented are expected to result in savings in material costs and reductions in operating expenses and overhead. Lenzing said staff at the group’s largest production site in Lenzing, Upper Austria, will likely be downsized by up to 15 percent from the current level of about 2,600 employees. Overall, up to 600 jobs will be cut or vacant positions not filled.

In spite of the difficult market environment, Lenzing said business in the first three quarters of 2013 developed in line with expectations. The downward pressure on selling prices was partially offset by higher fiber shipment volumes, cost savings and a marketing drive for specialty fibers Lenzing Modal and Tencel.

Fiber shipment volumes in the first nine months increased to 660,000 tons due to capacity expansion, up 12 percent from the prior-year level. However, average fiber selling prices of the Lenzing Group were at 1.73 euro per kilogram, about 14 percent lower than in the previous year.

Polyester price stability has also helped keep that market strong. Market reports put average global polyester staple fiber prices at about $1.05 a pound, compared with $1.10 a year ago, while polyester filament is selling at about $1.15 a pound now, from $1.18 in December 2012.

Bill Jasper, chairman and ceo of Unifi Inc., a manufacturer of multifilament polyester and nylon textured yarns based in Greensboro, N.C., in discussing the company’s 2013 fiscal year ended June 30, said the outlook is strong for the year ahead based partially on raw material price stability.

Jasper said, “We do expect our future financial performance to benefit from our continued investment in our premier value-added capabilities; continued growth of regional, synthetic apparel production; longer-term moderation of raw materials prices, and the continued recovery of our operations in Brazil and China.”

Roger Berrier, president and chief operating officer of Unifi, said, “Fiscal 2013 was another successful year for our premier value-added yarns, particularly Repreve, our flagship product. As we near 100 percent capacity utilization of our Repreve Recycling Center in Yadkinville, N.C., the company has recently announced plans to expand both our capacity and flexibility to produce Repreve and our other premier value-added yarns.”

“Prices in North America increased more sharply than expected in January and February, resulting in significant margin deterioration, as we temporarily shared in the negative impact of higher prices with our customers,” he said. “As the March quarter ended, we instituted across-the-board price increases based on the higher raw material prices in order to recover the margins lost in the March quarter. As we moved out of the March quarter, raw material prices moderated as capacity for our primary ingredients came online and became more stable.”

“Although we don’t expect much change in either raw material prices or the polymer pricing gap in our September 2013 quarter, we are anticipating more stability in raw material pricing in fiscal 2014 based on the current visibility we have on global raw material supply-demand balance,” he added.

Jasper said, “Another trend that bodes well for our business going forward is the growth in share of synthetic apparel compared to cotton apparel. In 2008, synthetic apparel had a 38 percent share of total apparel consumption in the U.S. That share is expected to be 49 percent in 2013.…Although we expect limited relief in raw material prices in the near term, we do expect to see less volatility in raw material pricing in fiscal 2014 compared to the last two years and continued moderation over time.”

In the last year, wool prices have dropped to $4.51 a pound from $5 a pound, according to the U.S. DOA. The Australian Wool Production Forecasting Committee forecast shorn wool production to be 345 million kilograms, a 1.4 percent decline, in 2013-14. The committee said the decrease reflects a 1 percent decline in sheep flocks, as farmers turn to more profitable uses of their land, and an expected slight reduction in average fleece weights due to the dry seasonal conditions experienced in many wool growing regions in the first half of 2013.

Australian Wool Innovation noted that with cashmere prices at a high level of $132 a kilogram due to tight supply, superfine merino wool prices and demand should strengthen. AWI added that signs are for a solid year ahead based on favorable currency rates, improved economic conditions in the U.S. and parts of Western Europe, a mild export lift and steady consumption growth in China.