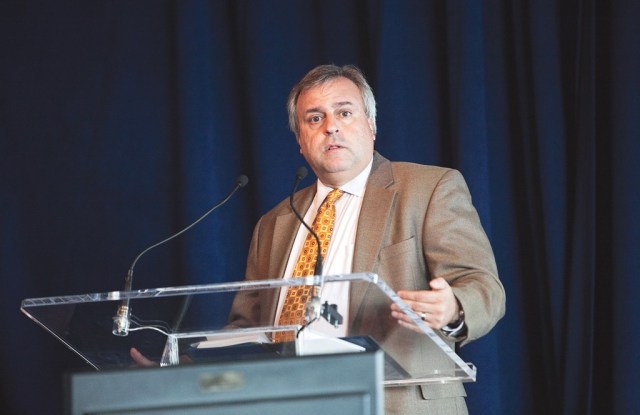 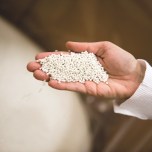 NEW YORK — As the fiber and fabric industry looks to move on from the cotton crisis that gripped the fashion world this year, experts feel there are lessons to be learned and a “new normal” in which to operate.

This story first appeared in the December 27, 2011 issue of WWD. Subscribe Today.

When cotton prices reached historic highs of about $2.12 a pound in March, the supply chain, from farmers to retailers, was thrown into near states of panic. Yarn spinners and fabric mills, high on the food chain, were stuck with overpriced inventory they couldn’t sell. Denim firms were scratching their heads figuring out how they were going to pass on the increased costs to stores and consumers, and brands started seeking out alternative fabrics, such as next-generation polyester and Tencel fabrics and blends. But polyester prices also topped out, ultimately forcing brands and retailers to raise prices to compensate for high-priced fabrics and yarns.

The November Consumer Price Index for apparel was 4.8 percent higher than a year earlier, the highest November-to-November increase in apparel pricing since 1987.

Marc Messura, executive vice president of Cotton Incorporated, speaking at a conference last month, said: “We have moved out of this period of very high prices, which peaked in February and March. Just as fast as they ran up, prices dropped and the market now has stabilized. Prices got so high that business backed off. Retailers and brands dropped orders and pushed them back.”

Messura said cotton has become a true globally traded commodity, where future prices in one country affect futures in another. Experts say the same can be said of natural occurrences, from flooding in Pakistan to droughts in Texas.

“We now have seen relative stability in the cotton market, but at a level that’s significantly higher than they were over the last couple of years,” Messura said. “The biggest change is the reduction in volatility, which upset the supply chain, made it difficult to place orders and changed the cash flow in the supply chain. Higher prices can be planned for, but volatility makes it very difficult.”

While prices have dropped considerably to about 86.4 cents a pound to what Messura called “a new normal,” they are still significantly higher than the previous norm of about 65 cents a pound before the 12- to 18-month run-up through this summer.

In the aftermath of the crisis, he noted that many yarn manufacturers were caught with excess, high-priced inventory and stopped buying cotton and are just now seeing some recovery in their inventory levels. In addition, Chinese stocks were drawn down in 2010 and the government released goods from its strategic reserves, Messura explained. Then, this summer, the government bought back cotton at $1.36 a pound from its farmers looking to restock the reserves with what at the time was a low price. At the same time, demand decreased significantly, helping to bring prices down.

The outlook, according to Messura: “Total world supply of cotton is expected to rise, which is important because high prices will stimulate additional plantings and additional production, resulting in a larger supply. The stocks-to-use ratio is moving up as prices move lower. Going forward, the wild card is the China factor. China is the biggest producer and mill consumer, and the biggest importer of cotton in the world. So, the question is how much China will come into the market in the next few months. If they do, that will likely keep some strength in prices in the next few months and the next crop year.”

Mesurra said the relationship between cotton, polyester and rayon is symbiotic.

“When cotton moved up, polyester moved up,” he said. “When cotton came down, polyester came down, but not as much. Analysts call this ‘quick up and sticky down.’ We’re going to see more of a competitive balance between cotton and polyester prices. In the long run, these prices will converge and go back to being pretty competitive.”

Messura added that fresh innovations in production and farming can help mitigate some of the costs even as cotton remains above previous averages.

As polyester became more in demand and petroleum prices stayed at high levels, prices for the synthetic fiber peaked.

R. Roger Berrier, president and chief operating officer of Unifi Inc., a producer of multifilament polyester and nylon textured yarns, speaking on a conference call for the company’s first-quarter results, said despite indications that polyester raw materials would decline in the three months ended Sept. 30, they rose slightly and were at their highest level in over 30 years. Berrier said softening demand in Asia has driven down prices for purified terephthalic acid, or PTA, there, even while prices for paraxylene, or PX, a benzene-based chemical widely used in polyester, remain high.

“The U.S.-Asia gap in polymer pricing has grown to 9 to 10 cents a pound from 3 to 4 cents a pound earlier this year,” he said, referring to the chemical category that includes PTA and PX. “That has made Asian-imported yarn more competitive and caused the company to lose some market share at the low end of our product line. Some industry experts are predicting declines in raw material pricing over the next three to six months and the company will look to recapture lost margins and lost volumes in the second half of the fiscal year.”

Jasper said he thinks the relationship between polyester and oil prices will continue to normalize “because there is more paraxylene capacity coming online 2012, 2013. But we’ve certainly been weathering some extremely high raw material prices, well beyond what you would normally expect with $80 to $90 a barrel oil.”

Berrier said “a penny drop in polyester raw material prices is worth almost $1 million to us. So we would expect raw material prices from that record high level toward the end of last year to drop 10 to 15 percent.” Unifi Inc. reported net income for the first quarter ended Sept. 15 declined 97 percent to $286,000 from $10.2 million a year earlier. Net sales for the period fell 2 percent to $171 million from $175 million.

The price of wool has continued on an upward path. Over the last year it has risen about 25 percent to $5.11 a pound from $4.12. A report from Australian Wool Innovation, the marketing and research arm of Australian wool growers, said wool isn’t as impacted by price increases as other fibers because it is sold as more of a luxury product. As long as sales are maintained, AWI noted, higher prices also help profitability for growers.

Supplies of Australian wool are likely to increase by around 1.5 percent year-on-year, according to the AWI’s Australian Wool Production Forecasting Committee, but declining production by competitor supplier nations means that global supplies will remain tight. The primary driver of high wool prices appears to be supply tightness, a situation unlikely to change quickly due to competing demands for sheep meat, AWI added.