Figuring Out the Safeguard Shelf Life

WASHINGTON — While the current controversy over imposing fresh restrictions on China's apparel and textile exports to the U.S. plays out, figuring out what will happen after 2008 presents an even greater conundrum.

The Committee for the... 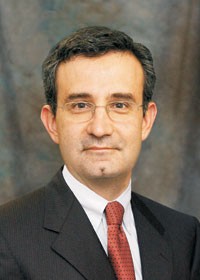 WASHINGTON — While the current controversy over imposing fresh restrictions on China’s apparel and textile exports to the U.S. plays out, figuring out what will happen after 2008 presents an even greater conundrum.

The Committee for the Implementation of Textile Agreements, an interagency federal panel led by the Commerce Department, said Friday it would impose safeguard quotas on cotton knit skirts and blouses, cotton trousers, and cotton and man-made fiber underwear, valued at $624.5 million. Many expect more categories to have quotas slapped on them.

For most, limits to China’s imports were and are an inevitability, though domestic producers generally see them as vital breathing room and importers see them as expensive supply-chain complications.

China’s entry agreement into the World Trade Organization in 2001 allowed for countries to slap safeguard quotas on Chinese goods if they caused market disruption in those nations. When the member countries of the World Trade Organization dropped the quota system Jan. 1, the use of the safeguard mechanism gained greater importance, as China’s and other country’s large pools of inexpensive labor attracted importers to place orders without restraints.

“We anticipate some type of safeguards will be put in place through 2008,” said Joe McConnell, vice president of strategic sourcing at Kellwood Co. “The exact categories — it’s anybody’s guess. The most likely ones are the ones identified for now and probably they will be hammered until 2008.”

Without a specific recourse to deal directly with safeguards, Kellwood, like other vendors, is working to reduce its lead times by using fewer but larger suppliers and getting them to do more of the basic design functions. A shorter lead time will help the firm better react to quickly changing dynamics.

In theory, trade with China would be less restricted and more normalized in 2009 when safeguards expire. But with its huge economic impact at home and its importance to international relations, global trade is never quite that simple.

The same groups representing domestic textile manufacturers that have pushed for the new quotas are most likely to lead a push to retain some sort of restraints against China. However, its tools to do so are limited and the goals are broader than just curtailing the country’s imports.

“It’s not simply the fact that they are growing in terms of the volume of exports, it’s the enormous decompressing in the pricing scheme of things,” said Auggie Tantillo, executive director of the American Manufacturing Trade Action Coalition.

China is widely criticized for maintaining an unfair advantage through subsides to its manufacturers, monetary polices that some experts claim keep its currency undervalued and lack of proper protections for workers.

“That’s like giving the New York Yankees five outs every time they come to the plate,” said Tantillo. “Safeguards inject a little more rationality in the marketplace. They keep the biggest player at bay.”

Tantillo said his group would push for further restrictions on China in 2009 when the safeguards expire if the country doesn’t significantly reform its policies.

“Hopefully the U.S. government would use this three and a half years to rectify this enormous, unfair situation,” he said.

The political will to address China’s policies is strengthening, he said.

“Members of Congress from every region have now been impacted,” he said. “There is a growing groundswell. Where this is gong to lead is anybody’s guess. At least now there is a view that there is a problem that has to be addressed.”

Cass Johnson, president of the National Council of Textile Organizations, said, “Textiles is different from other sectors in that we cannot use dumping or countervailing duty trade remedies against China on the products that matter most to us and that’s apparel imports. We don’t have the standing to bring cases. The China safeguard clause is the only case where we do have standing.”

Johnson said creating some mechanism through the WTO so a single country could not control too much trade would be one of the major goals of the Global Alliance for Fair Textile Trade, of which the NCTO is a member.

“The domestic industry’s going to try to keep safeguards on as long as it can,” said Jonathan Gold, vice president of global supply chain policy for the Retail Industry Leaders of America, which counts Wal-Mart and Gap among its 600 members.

Importers, with their long lead times, abhor uncertainty, which the looming possibility of safeguard quotas has brought in spades.

“Our members can’t do proper planning,” said Gold. “It’s like 2005 [and the dropping of quotas] never happened. It makes it very difficult for us.”

“The industry in the U.S. has been shrinking for decades,” said Nicholas Lardy, a senior fellow at the Institute for International Economics. “Obviously there’s more to come.”

Parts of the domestic industry will survive indefinitely, though not those focusing on commodity goods, he said. In April, U.S. apparel and textile producers employed 666,500, a drop of 44,100 from a year earlier.

“Once all the restrictions are gone, whether it’s now or 2008, China’s clearly going to increase its share substantially,” said Lardy.

That isn’t all due to low-cost labor, either. Last year, he said, China imported $4.5 billion worth of textile equipment, up from $1.2 billion in 1998.

“China’s going to be very tough to beat, with the combination of low labor and this kind of modernization,” said Lardy.

U.S. job losses and plant closures, which in some cases have left whole towns struggling to find a new way of life, have helped elevate interest and the political stakes in the safeguard fight.

“It’s getting pretty ugly,” said Erik Autor, vice president and international trade counsel at the National Retail Federation. “Common sense, good economics and good public policy play very little roll in the debate. It’s just run by sheer emotion and politics. Everybody who has a beef with China is jumping on these bandwagons.”

However, the U.S. has a limited amount of leverage over the country, said Autor.

“There’s only so far we can push China before it starts pushing back,” he said. “We’re playing with a two-edged sword here. China’s not without its own pressure points, as well, on U.S. policy makers.”

Among these pressure points are foreign policy problem areas such as North Korea and economic concerns such as China’s growing importance as an export market for U.S. goods and services.

Stephen Lamar, senior vice president of the American Apparel & Footwear Association, said, “There’s an awful lot of dynamics that can change. China is the dominate discussion in trade politics. Three-and-a-half-years ago, China was not the story. Last year, we were talking about India.”