Firms Loaded With Cash in Position to Diversify 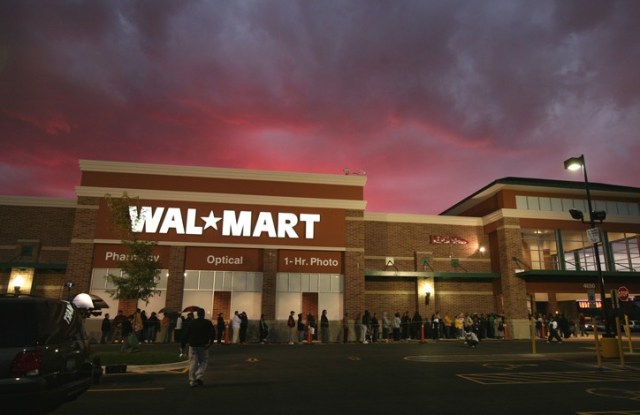 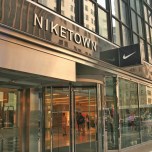 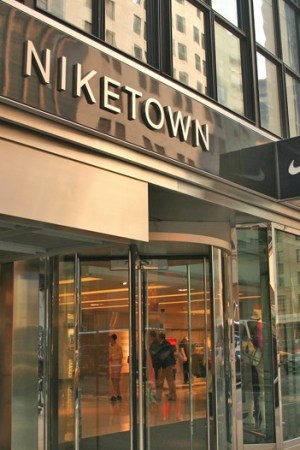 Nike has more than $3.6 billion in cash.

The cash divide is widening.

As weaker fashion companies scramble to keep goods flowing and the bankers at bay, the powerhouses that managed to sock away money during the credit crunch might just start putting their extra millions to work. Options include new lines of business, IT makeovers, store refurbishments and even acquisitions.

“Cash is a funny thing — you want to do something with it,” said Leon Nicholas, director of retail insights at MVI Retail Insights. “But unemployment has passed that ‘magic number’ of 10 percent now, which is a big psychological hurdle. You may still see some companies starting to wade back out there and start to spend some money. Right now there’s a lot of caution, which translates into restraint in terms of spending — both by companies and by consumers.”

Still, the world hasn’t stopped. Retail stocks hit a 52-week high on Monday. (See story, opposite page.) Baby Boomers are headed toward retirement, the Hispanic population is growing and new media continue to make their mark.

“There’s too much happening to simply ignore it,” Nicholas said.

And the longer profitable companies wait, the bigger the cash hordes can grow.

Coach Inc., which reported its fiscal first-quarter results last month, added $194.3 million to its coffers for the three months ended Sept. 26, making a total of $994.7 million readily accessible to the firm.

With earnings season in full swing, analysts will be focusing on the impact of cost cuts on gross margins and profits. But the amount of money they’ve saved up could be a better indicator of long-term strength.

The firms that have huge cash holdings largely have gotten them by being good at what they do, planning a degree of conservatism into their businesses and cutting back on store openings and other expenditures when the economy went south. So far, Polo Ralph Lauren Corp. has a $925.7 million kitty. Kohl’s Corp. put aside $1.35 billion. And Wal-Mart Stores Inc. — oversize, as usual — has a war chest of $8 billion. And they are just some of the largest companies suffering an embarrassment of riches.

The stockpiles make these firms, and a few others, doubly dangerous. Not only do they have the underlying businesses that produced that cash, but the funds also now give them the flexibility to adapt and take advantage of the shifting retail and fashion landscape.

“You have even more formidable competitors than you had in the past,” said Joel Bines, director at AlixPartners. Cash didn’t matter as much during the debt-boom years earlier in this decade, when just about any fashion firm could borrow to expand. “The world didn’t differentiate between strong, fundamentally cash-generating businesses and less healthy, more cash-constrained businesses,” Bines said.

With credit expensive and scarce, firms that generate a significant amount of cash will find it easier to build their businesses and take on new ventures. And the companies just scraping by are forced to avoid risks. “It’s amazing the paralysis that overcomes cash-constrained companies,” he said.

For companies that do have the dough, and a fiduciary duty to return value to investors, there are plenty of choices, but some are better than others.

“Shareholders are always like, ‘Pay dividends, give it back to me, buy shares back,’ and that may not necessarily be the best use of cash for the long term,” said Christine Chen, analyst at Needham & Co. “You have to look for new cycles of growth.”

Many of the companies taking on new lines of business despite the downturn are doing so with at least some cushion on their balance sheet.

Coach is funding Reed Krakoff’s namesake fashion line, which will launch in fall 2010 and could open up new avenues of growth for the company that cut its teeth in the accessories business. And Aéropostale Inc., with $245.5 million in cash on its books and a healthy business, launched the P.S. kids concept in June and sees potential for 500 doors down the line.

Now might also be the time to funnel more funds into IT and other areas that help improve operations, said Madison Riley, retail strategist and senior partner at Kurt Salmon Associates.

“If you can employ that money around [research and development] and around product innovation, around improving your analytical systems, analytic capabilities and investing in store experience, I think those are all great things to do right now because they’ll play critical roles down the road for the next five, 10 years,” Riley said.

But plenty have been holding off, perhaps creating some pent-up demand. According Robert W. Baird & Co., there were only 43 mergers and acquisition deals with price tags under $1 billion in the first half, a 37.7 percent decline from the 69 deals cut a year earlier.

Among those on the hunt is Phillips-Van Heusen Corp., which has almost $370 million burning a hole in its pocket.

PVH snatched up Calvin Klein in 2002, bought neckwear producer Superba in 2007 and in the past year has added more than $100 million to its cash coffers. For now, the company is still on the hunt for the right deal.

“There have been slim pickings so far,” said Emanuel Chirico, chairman and chief executive officer of PVH, late this summer. “We’ve looked at some companies, but they’ve been troubled, and nothing has interested us so far. We haven’t found any brands that we think will create true consumer demand. And good businesses that we might be interested in don’t want to do transactions now, with valuation multiples where they are.”

Chirico said the company could put its cash to work and deals could materialize next year if the credit markets loosen.

“We’re not a bank, and when it accumulates, we need to return it to shareholders,” Chirico said. “Ideally, that would be through an acquisition, but we could also consider a stock or debt buyback.”

The recession has led to some unusual deals as companies focus on rebuilding their balance sheets. This summer, The Finish Line Inc. gave Jimmy Khezrie, owner of Jimmy Jazz, $7.7 million to take over the 75-door Man Alive chain and assume its debts.

The types of deals ultimately cut in the fashion industry are expected to be on the smaller side.

“When the environment does pick up and become better, you may see more strategic acquisitions,” said Tom Chin, managing director of consulting and analytics at Telsey Advisory Group. “They may not be big, multibillion-dollar transactions. Generally speaking, it’s tough to raise the debt financing that you would need to make a larger, game-changing acquisition.”

But before you can spend it, you have to make it. And not everyone has the knack for building up a billion-dollar cash hoard. Amassing that type of cash starts with the decision to keep tight tabs on money as it flows through your business.

“You can have all the ideas in the world you want, but if you don’t have the balance sheet or the cash flow to reinvest, you really can’t go anywhere,” said Roger Farah, president and chief operating officer of Polo, at the WWD CEO Summit last year.

The cash-to-cash cycle has been cut in half since Farah joined the company in 2000, meaning the company’s investments in product turn back into cash — when the shoppers pay up in the store — twice as quickly as they used to. Polo founder and ceo Ralph Lauren and Farah have used their cash flow to strengthen the firm’s retail presence, relaunch the Lauren by Ralph Lauren better line and develop American Living at J.C. Penney Co. Inc.

Most companies with big rainy-day funds share one simple trait: They hold on to each nickel as long as they can.

“The best way to amass cash is to have a very profitable business model and to be managing it very closely,” said Kurt Salmon’s Riley. “Obviously you pay your vendors, but you wait until the last darn minute to do so.”