Sources say bankruptcy does not appear necessary for Levi Strauss, but they agree there’s still much to be done to rejuvenate the venerable maker. 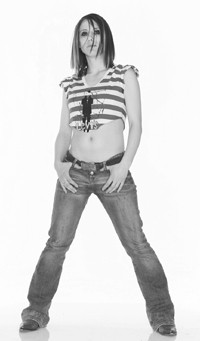 HanesBrands Updates Guidance Thanks to Strength in Innerwear, Activewear

Zalando Revenues Up 34 Percent, Even as European Lockdowns Ease

NEW YORK — Speculation about what’s ahead for Levi Strauss & Co., for years one of the jeans industry’s favorite pastimes, is reaching a fever pitch.

A month has passed since the San Francisco company hired turnaround expert Alvarez & Marsal to help develop a plan of how to end a prolonged sales slump and improve profitability. Levi’s officials have emphasized that the hiring of that firm does not in this case presage a bankruptcy filing — and financial sources agreed that such a move currently appears unnecessary.

Still, with the company expecting to mark 2003 as its seventh consecutive year of sales declines, it’s clear that something has to be done. On that much, observers agree. But what to do with the company is an open question.

“They’re not going to be able to maintain the status quo that they’ve been on, quarter after quarter, and year after year,” said a former Levi’s executive. “I’m sure that the banks are not very happy with the situation. The bond prices are down. I would think they’re going to come to a fork in the road where they’re going to have to decide whether to sell or reorganize. I don’t think there’s a third choice.”

According to a financial source, Levi’s bonds, which finance its debt, on Wednesday were trading at about 65 cents on the dollar, down somewhat from where they had been in recent weeks. The company has indicated that it will not be releasing results for the fiscal year ended Nov. 30 until sometime in February. In recent years, Levi’s has released results in January. The delay comes at the end of a year when the company has warned about earnings restatements and faced a lawsuit from former employees alleging improper financial practices, and has made investors nervous, the source said.

After peaking at $7.1 billion in 1996, Levi’s sales have slipped every year, and the company has warned that it expects 2003 revenue to come in at 6 to 7 percent below the prior-year level, factoring out the effect of exchange-rate fluctuations. Fiscal 2002 sales were $4.14 billion.

When the company hired Alvarez & Marsal, it also named one of its executives, Jim Fogarty, as chief financial officer. A Levi’s spokesman said the company hasn’t made any major changes since bringing A&M on board.

“They’re in the exploratory phase,” said the spokesman. “They’re in the process right now of analyzing the business and we would expect they will begin to develop recommendations over the next 90 days of steps to take.”

The possibility of the privately held company putting itself up for sale is one that has been commonly bandied about, though the spokesman said, “I’ve heard no talk of it and I wouldn’t even want to presume to speculate on behalf of the family members.”

Levi’s is owned by the descendants of founder Levi Strauss, including chairman Robert Haas and members of his family. In a May interview marking the company’s 150th anniversary, Haas said the family wasn’t considering selling Levi’s.

“It’s hard for me to speculate on what might happen in the future or future generations,” he said, “but as of right now we’re looking to continue what has been a very successful situation.”

Financial sources said the combination of Levi’s high debt load and poor financial performance would make selling the company an unwise move, since the sale price for a troubled company tends to be much lower than for a healthy firm.

According to the most current information filed with the Securities and Exchange Commission, Levi’s total debt stood at $2.37 billion as of Aug. 24, compared with $1.85 billion on Nov. 24, 2002. The third quarter is typically a peak debt period for the firm as it builds inventories prior to the critical fall and holiday shopping seasons. The privately held company releases its financial results because of the publicly traded bonds.

Consultant Andrew Jassin of the Jassin-O’Rourke Group said the high debt level would likely be a major barrier for most potential buyers.

“With the debt level, someone would have to change the valuation to a trademark valuation, as compared to a traditional valuation of assets,” Jassin said. “The value model would be different from a traditional purchase. It would not be based on net asset value, but more on a valuation of its trademark. Bankers don’t usually put a lot of credence into the soft assets of a trademark.”

Levi’s remains one of the best-known trademarks in the apparel business around the U.S. Last year’s WWD 100 ranking of the most-recognized apparel brands in the world ranked Levi’s sixth overall and the best-known jeans brand.

Sources said Levi’s large size narrows the pool of potential candidates with the wherewithal to acquire it. But when asked to speculate, sources mentioned a few names of companies they’d like to see add Levi’s to their roster, though none of the speculative choices are clear slam dunks.

One veteran jeans executive suggested Greensboro, N.C.-based VF Corp., which reported 2002 revenues of $5.08 billion, and said it might have both the financial strength to acquire Levi’s and the management acumen to turn it around.

“The best shot is Mackey,” the executive said, referring to Mackey McDonald, VF’s chairman and chief executive officer. “But it probably wouldn’t get past Hart-Scott-Rodino [antitrust review].”

That’s because VF is currently Levi’s largest direct competitor. Its hefty jeans portfolio already includes the Lee and Wrangler brands, and the company estimates that it sells one in five pairs of jeans purchased in the U.S. Acquiring Levi Strauss would make it without question the largest denim vendor in the world.

A VF spokeswoman did not respond to phone calls this week.

Jassin suggested: “It would certainly require somebody with pretty deep pockets and production capacity to take over management. That would leave me to believe that a very interesting possibility may be Li & Fung.”

That $4.82 billion Hong Kong company has traditionally focused on back-room operations, managing sourcing networks for apparel marketers. But this year it signed on to manage the tops component of the Levi Strauss Signature brand, which launched at Wal-Mart Stores last year and is to roll out at all Target locations this month. The deal played into group managing director William Fung’s goal of getting more of “the other $3” in apparel sales — a number that refers to the fact that every $1 worth of apparel sold on a FOB basis translates to about $4 at retail.

Jassin suggested that if Li & Fung didn’t want to buy Levi’s outright, it might look to form some sort of joint venture.

On Wednesday, Li & Fung executives revealed that they’d signed an agreement to become the principal worldwide licensee of the Royal Velvet brand of home textile products. The deal calls for the company to design, manufacture and distribute the line, and suggests that brand management will play a bigger role in the company’s future. The Royal Velvet name is owned by Pillowtex, a U.S. mill that shut its doors last year.

“The licensing strategy is in line with the group’s three-year plan to conduct more business in a higher-margin model,” said Fung in a statement. “With our expanded capabilities in product development and marketing, we are ready to take on more opportunities in a similar model.”

Another former Levi’s executive said it’s possible that Ralph Lauren might want to make Levi’s a feather in his cowboy hat. Levi’s would be a big fish for Polo Ralph Lauren Corp. to swallow. Polo reported net revenues of $2.44 billion for the year ended in March.

Officials at Polo were not available to comment by press time.

Given that Levi’s financial difficulties are fundamentally caused by its prolonged sales decline, an acquisition that would quickly expand its distribution would be a healthy move for the company. That raises the tantalizing possibility of another San Francisco company — Gap Inc. — picking up the brand.

There would be a certain symmetry to such a deal: Levi’s were among the first products Gap founder Donald Fisher stocked when he opened his first San Francisco location in 1969, and the company carried Levi’s products until 1991, when it dropped them in favor of its house brand. Today, with revenues exceeding $14.5 billion and more than 3,000 retail locations around the world, Gap could offer a wide distribution platform for Levi’s main Red Tab line.

However, bringing an outside brand back into Gap stores would require the major shift of Gap executives deciding that they once again wanted to carry other brands in their stores, and to decide whether to continue selling the brand to other customers or to make it a Gap-exclusive brand.

Sources said if Levi’s owners did decide to put the company up for sale, many of the organizational changes that have been made in recent years — such as the decision to close down the company’s remaining factories — would prove beneficial. Of course, operational improvements that made the company more profitable could just as easily convince family members to hold on to the company.

“Getting rid of manufacturing and looking at yourself as a distribution company, those are the primary things one would be doing,” if one were considering a sale, Jassin said.

One thing that industry executives and observers agreed on was that, if Levi’s does change hands, they’d like to see it fall under the leadership of someone with extensive background in the apparel industry. The brand’s worldwide fame means that many in the jeans industry — even Levi’s competitors — feel passionately about the company’s fate.

“No turnaround artist from some other industry is going to turn around this company,” said the veteran jeans executive, who spoke on the condition of anonymity. “You need a real merchant.”