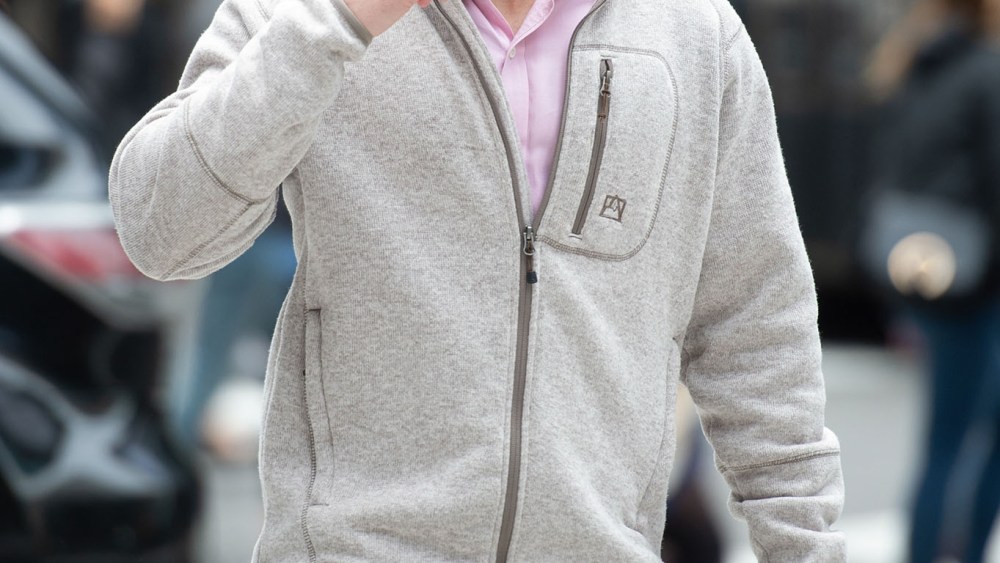 Not everyone is happy that warmer weather is on the way.

Count the fleece-makers among them. From L.L. Bean to Columbia Sportswear to Orvis, several brands have all called out fleece as being a high point in this year’s fashion cycle.

“We’re in a fleece moment,” Arthur Peck, president and chief executive officer of the Gap Inc., said during the company’s most recent conference call. Peck said the company is investing more in fleece products — possibly even during the warmer months, like spring, summer and fall.

But for now, the Gap’s success in the fuzzy fabric includes double-digit comps in Old Navy’s fleece sales during the most recent quarter, the winter months.

Moreover, the fleece craze spans over men’s and women’s wear, from Abercrombie & Fitch to Columbia Sportswear.

“We had record outerwear sales across gender, with both guys and girls loving anything cozy-lined, including teddy, sherpa and fleece,” Abercrombie & Fitch ceo Fran Horowitz told analysts during the company’s March conference call.

At the Bank of America Merrill Lynch Consumer & Retail Technology Conference the same month, Hanesbrands ceo Gerald Evans estimated that the global activewear category, which includes things like fleece, T-shirts and shorts, is worth about $200 billion.

One thing is clear: fleece has become the must-have staple in shoppers’ closets this year.

It didn’t happen overnight though.

Amid the casualization of fashion and the decline of things like business suits, fleece has emerged as a new power symbol. Even along Wall Street — one of the last holdouts of formal fashion — banks like Goldman Sachs and J.P. Morgan have loosened their dress codes.

Krista Corrigan, an analyst at retail analytics firm Edited, attributed the current fleece craze to the material’s function and ease. The garments are at once warm, comfortable and eco-friendly since many are made from synthetic materials, like recycled plastic bottles. And fleece jackets and vests often come with front pockets for holding things when walking between meetings, for example. The more expensive examples of fleece — think Patagonia and Arc’teryx — have emerged as a bit of status symbol, separating today’s power players and dealmakers from entry-level office workers.

Women are in on the trend, too, they’re just wearing different products. While men are donning fleece vests, women are going for fleece jackets, pullovers and even leggings.

Last fall, The NPD Group predicted that “cozy” was the new buzzword in fashion. It’s no surprise then that the number of fleece vests stocked online during the cold months — that is, October to April — was up 24 percent in 2019, compared with two years prior, according to Edited. But even with the increased reserves, the demand for the fuzzy products still outpaced the supply, according to data from Edited.

Companies have been quick to move in and capitalize on the lucrative fleece business with extended assortments and increased inventories. Companies like Vineyard Vines, L.L. Bean, Orvis, Eddie Bauer, Columbia Sportswear, Marmot and Nike, to name a few.

Lands’ End sold out of its quarter zip fleece last quarter. At Orvis, sales of fleece products have grown by more than 140 percent over the last five years, according to a representative from the company. Sales of all items at Patagonia, including its popular fleece, have quadrupled since 2014 when Rose Marcario took over as ceo.

But brands need to be careful who they market which products to. Shoppers in different cities have different fleece habits. Spotted in their natural habitat, Chicagoans prefer North Face and Patagonia jackets and pullovers. High-flying corporate types in Manhattan are often found in fleece vests paired with khakis or jeans over a button-down shirt. The omission of sleeves makes manual labor and office tasks alike all the easier. Out West, in places like Seattle, Reno, Nev., and Montana, both men and women are wearing North Face fleece jackets to combat the cold.

Meanwhile, co-branded Patagonia-Goldman Sachs logo fleece vests are running around $200 apiece on eBay after Patagonia revealed earlier this spring that moving forward only companies that “prioritize the planet” will be able to purchase its corporate products. The policy won’t affect existing customers, but new corporate customers that wish to buy in bulk might have some trouble securing orders.

Still, there are plenty of other options for consumers to get their fleece fix.

Lululemon has recently revealed plans to expand its men’s wear line, perhaps an opportunity for the company to take up fleece. Gildan’s Chamandy even went so far as to call fleece a “big phenomenon.”

Revenues declined during the quarter, but Gildan’s silver lining came in the form of fleece products. In fact, sales have been up in the high-double digits for the last two years. Chamandy estimated that last quarter alone the company had about $10 million in fleece shipments.

“I mean, our fleece business is flying,” Chamandy said.