Revenues fell across all categories and regions in the most recent quarter, but the watch and accessories maker expects sales to improve with store closures.

A Kate Spade smartwatch from Fossil.

Fossil Group continues to show signs of struggle amidst the coronavirus.

The watch and accessories maker revealed quarterly and full-year earnings Wednesday after the market closed, falling short on top and bottom lines for the quarter and logging a $96 million loss for the year.

But the retailer also laid out the groundwork for its comeback, including a new chief financial officer in the C-suite, permanent store closures and expectations for top-line sales growth, driven by the firm’s digital business, in the coming year.

Investors seemed pleased. Company shares, which have surged more than 360 percent in the last year, were up more than 2 percent in after-hours trading.

Bright spots during the three months included strength in digital and in mainland China. Digital sales were 43 percent of total company sales in the fourth quarter, compared with 25 percent of total sales the same time last year.

“Our teams were resilient in 2020 and adeptly navigated the challenging external environment while remaining focused on our strategic growth priorities,” Kosta Kartsotis, chairman and chief executive officer of Fossil Group, said in a statement. “During the year, we leveraged and expanded our digital capabilities to best serve our customers during a period of heightened online demand.”

But it wasn’t enough to offset losses.

Revenues shrank across all geographies and all categories, including watches, leather accessories and jewelry, during the quarter. The company lost $4 million in the fourth quarter as a result. That’s on top of a net loss of $6.9 million the same time last year.

Even so, Kartsotis is optimistic about the company’s future.

“Looking ahead, we expect to expand our digital business, deliver product innovation, drive growth in mainland China and India and streamline our operations, positioning the company to return to sustainable top-line growth and improved profitability,” he said in a statement.

The company ended the quarter with $316 million in cash and cash equivalents and nearly $186 million in long-term debt.

Fossil sells its owned brands — Fossil, Michele, Relic, Skagen and Zodiac — as well as licensed brands like Armani Exchange, Diesel, DKNY, Emporio Armani, Kate Spade New York, Michael Kors, Puma and Tory Burch. As of Jan. 2, the retailer had 421 stores across 140 countries in the Americas, Europe and China. The company said it plans to close approximately 65 to 75 locations in 2021. 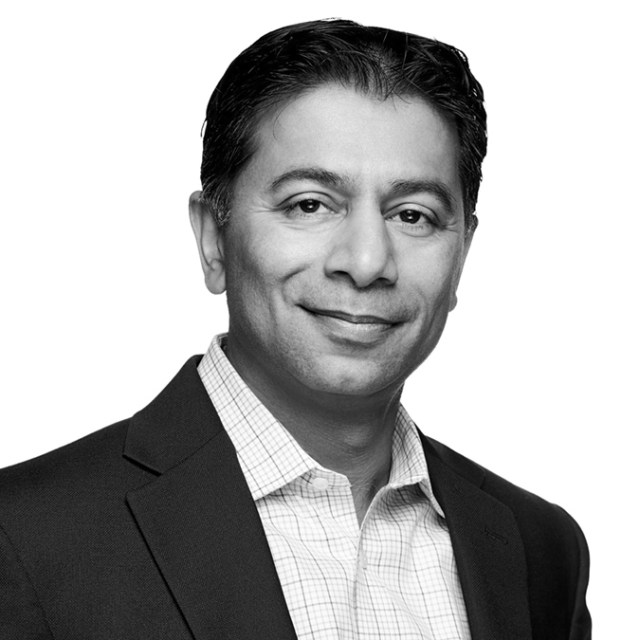 Sunil Doshi has been promoted to chief financial officer of the Fossil Group.  Courtesy Photo

Also on Wednesday, Fossil said Sunil Doshi has been promoted to chief financial officer and treasurer at Fossil, effective March 29.

Doshi, who has more than 20 years in senior finance roles, succeeds Jeffrey Boyer, who will resume his role as chief operating officer at Fossil and chairman of the board. Doshi will report directly to Boyer under the new structure.

“This organizational change further strengthens our executive leadership team and will enable us to accelerate the overall transformation of the company,” Kartsotis said. “We are confident that Sunil will bring tremendous value to this role as we position the company to return to sustainable sales growth, improve profitability and build value for Fossil’s shareholders.

“Our goal is to become a digital-first organization, which also encompasses strengthening our operational platforms, including supply chain, operations, logistics, information technology and sustainability initiatives under Jeff [Boyer’s] leadership,” he added.