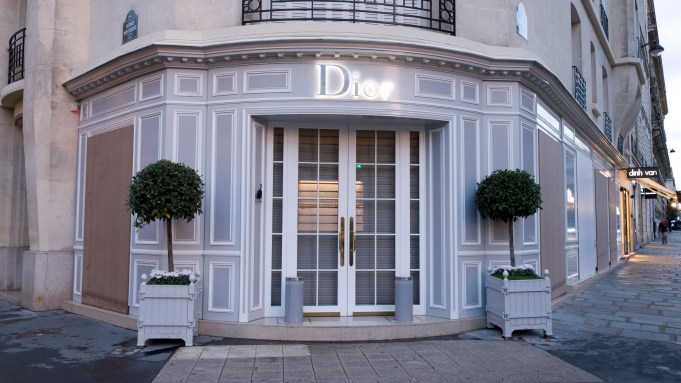 PARIS — France faces “serious and ongoing” economic fallout after a third weekend of antigovernment protests led to scenes of violence and ransacking not seen since the May 1968 student riots, officials said Monday.

Finance Minister Bruno Le Maire said mass retailers have seen a 15 to 25 percent cumulative drop in sales due to the ongoing protests by demonstrators in reflective safety vests — known as “gilets jaunes” — who have blocked roads and vandalized stores, causing foot traffic to plummet during the crucial holiday spending season.

The protests were sparked by a fuel tax and have grown to encompass a range of demands over declining living standards.

Emerging from a meeting with Prime Minister Édouard Philippe, Paris Mayor Anne Hidalgo condemned the hooligans who smashed store windows; torched cars, and defaced the Arc de Triomphe, one of the country’s most revered monuments, on the sidelines of the protests that drew 10,000 people in the French capital on Saturday.

“I have come to speak on behalf of Parisians who were shocked and extremely worried to see their city in this state. We haven’t seen anything like this in a very long time, probably since May ’68,” Hidalgo told reporters Monday.

Upon returning from a G20 meeting in Argentina on Sunday, President Emmanuel Macron headed straight to the Arc de Triomphe to inspect the damage and pay tribute to the tomb of the unknown soldier, which commemorates the fallen soldiers of World War I, as onlookers chanted: “Macron resign.”

The French leader held an emergency meeting with senior officials amid talk that the government was ready to reinstate a state of emergency in response to the protests, which left 263 people injured and led to 682 arrests nationwide, according to the Interior Ministry.

Laurent Nuñez, secretary of state for the interior, told radio station RTL on Monday the government was not considering the option at present.

Contacted by WWD, officials at the three department stores declined to comment on the economic impact of the protests, but government estimates show tourism is beginning to feel the effect of cancellations as images of rioters are broadcast around the globe.

The U.S. embassy in Paris on Monday issued the latest in a series of demonstration alerts after a separate strike by ambulance personnel shut down Place de la Concorde, with police firing tear gas at protesters yards from the Hôtel de Crillon, adding to the sense of gloom hanging over the French capital.

“The impact is severe and ongoing, since we are now looking at drops in turnover ranging between 15 percent and 25 percent depending on the sector,” Le Maire said after meeting with business representatives on Monday.

“Let’s not underestimate the psychological impact on French people of this violence,” he added.

The minister reported that revenues for specialist retailers have plummeted by 20 to 40 percent since the protests began on Nov. 17. Restaurants have seen their turnover fall by 20 to 50 percent, and hotel reservations are down by 15 to 20 percent due to the “democratic crisis” gripping the nation, he said.

Signaling that the government is keen to find a solution to the deadlock, Le Maire said France needed to speed up tax cuts and trim public spending to reverse what he described as decades of economic mismanagement that has decimated former industrial strongholds and squeezed low- and medium-income households.

“Yes, taxes are too high in France. Yes, there are too many taxes. Yes, jobs don’t pay enough in France, but we have implemented policies precisely in order to break with the pattern of the last 30 years of steadily increasing public spending and steadily increasing debt, resulting in ever-higher taxes on working people,” he said.

“We must not take back with one hand what has been given with the other to working people,” Le Maire said.

Meanwhile, retailers were left counting the damages. Among the stores targeted over the weekend was the recently opened Chanel store on the corner of Rue Cambon and Rue Saint-Honoré. The two main windows of the boutique were boarded up on Monday.

“The house of Chanel deeply regrets and condemns the violent attack on its store at 19 Rue Cambon. Fortunately, there was only material damage. Chanel thanks the staff of the store who demonstrated their composure in this tense situation and is grateful for the rapid reaction of the security forces who intervened rapidly to secure the premises,” the company said in a statement.

“The boutique was not pillaged, even if there were some thefts, and it reopened on Sunday morning,” Chanel added.

“We have seen a lot of customers coming in the boutique just to support us,” he said in an interview on Monday. “I hope the government will do what it has to do. They have to find ways to open a dialogue with the people who are not happy.”

In New York on Monday to prepare for Chanel’s Metiers D’Art show at the Metropolitan Museum of Art, designer Karl Lagerfeld raised his iPhone to show a visitor video footage of the new Chanel boutique being ransacked by vandals.

“Can you imagine, this is Paris,” Lagerfeld lamented. “It’s horrible.”

In an eerie coincidence that has him rebuffing a barrage of requests from French media to comment on the violence, Lagerfeld fronted a 2008 highway safety campaign that showed him wearing the light-reflective vests that have become a symbol of the protesters. Billboards pictured Lagerfeld on a dark road with the tag line: “It’s yellow, it’s ugly, it doesn’t go with anything, but it could save your life.”

Foot traffic at shopping malls continued to decline, said the French Council of Shopping Centers, or CNCC. While the number of visitors fell 14 percent on Saturday, in line with the prior week, this time the drop carried over into Sunday, with footfall down 11 percent, according to Quantaflow data.

“This evolution is probably linked to consumers holding back from spending in reaction to the images of violence seen over the weekend,” the CNCC said, adding that in addition to blocking access to shopping malls, protesters attempted to force their way into a number of malls in cities including Saint-Étienne and Perpignan.

The organization welcomed the government’s emergency measures to help retailers compensate for lost business, and called for exceptional Sunday openings to be extended into 2019 to help businesses recoup some of their losses.

Carrefour, the world’s second-largest retailer after Walmart Inc., said it suffered “extensive property damage” on Sunday as several of its hypermarkets, supermarkets and convenience stores were pillaged, with the southeast, the southwest and the north of the country worst affected.

The retailer said it was still evaluating the impact of the prolonged road blocks on its business.

Officials at LVMH Moët Hennessy Louis Vuitton and Kering, the country’s leading luxury groups, declined to comment on the ongoing protests, though eyewitnesses reported seeing increased security at high-end stores over the weekend.

Speaking on French radio last week, Kering chairman and chief executive officer François-Henri Pinault said he was surprised by the scale of the protests, but said he understood its causes, arguing that the transition to greener energy sources should not disproportionately affect lower-income households via taxes on petrol.

“I understand why people are reacting in this way because income inequality is already strong in our country, so if on top of that it worsens, and people have no prospects to better themselves, and their spending power mechanically decreases, it’s unbearable,” he told RTL radio.

Several designers, including Olivier Rousteing and Jean-Charles de Castelbajac, relayed an image of the smashed statue of Marianne, the symbol of the French Republic, inside the Arc de Triomphe. “This is not Paris, this is not France, I know we are better than this,” Rousteing wrote on Instagram.

Even Pamela Anderson weighed in on the debate. In a series of tweets, the former “Baywatch” star said she understood the popular revolt. “I despise violence…but what is the violence of all these people and burned luxurious cars, compared to the structural violence of the French — and global — elites?” she questioned.

“Instead of being hypnotized by the burning images, we have to pose the question where did it come from…?” Anderson continued. “And the answer is: It came from the rising tensions between the metropolitan elite and rural poor, between the politics represented by Macron and the 99 percent who are fed up with inequality, not only in France, all over the world.”