By Liza Casabona and Kristi Ellis and Whitney Beckett on September 9, 2008
View Slideshow 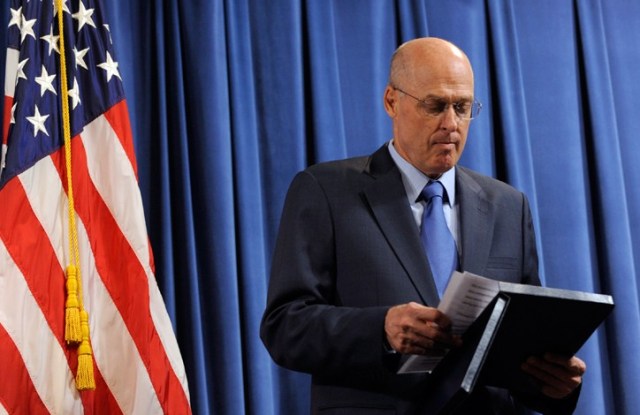 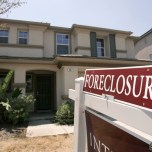 Retail executives are hoping out of bad news comes good.

As financial markets worldwide responded positively on Monday to the U.S. government’s bailout of the financially struggling mortgage giants Fannie Mae and Freddie Mac, industry executives, economists and other observers were hopeful the sigh of relief on Wall Street would translate into increased consumer confidence on Main Street — and perhaps save what so far looks like a dismal holiday shopping season.

“Any effort that will help people stay in their homes is a good idea,” Terry Lundgren, chairman, president and chief executive officer of Macy’s Inc., said. “People either feel financially secure, or not, based on their combination of assets, the greatest of which is usually their home. If they feel the value has deteriorated, that affects their security, and if they feel the value has appreciated, that also affects their security.

“Bringing that confidence back to the consumer is critically important to retail,” he concluded.

“Any action which might possibly help to stabilize housing would benefit both the economy and consumer confidence,” said John Lonski, chief economist at Moody’s Investors Services, adding the government’s move “will help greatly if it succeeds at stabilizing home sales. That would matter a lot. If consumers during the holiday shopping season recognize that home sales are no longer falling and see signs of rejuvenation on the housing front, they will be more inclined to spend.”

The holiday season has become a source of growing concern in recent weeks as August retail sales came in lower than expected and U.S. unemployment shot up to 6.1 percent last week, the highest level in five years. Even with the recent retreat in oil prices, many analysts and economists were beginning to have grave doubts about whether holiday sales could even match last year’s levels, never mind generate increases.

Treasury Secretary Henry Paulson Jr. said Sunday the government would take control of Fannie Mae and Freddie Mac and provide up to $200 billion in funds as they deal with losses arising from mortgage defaults. Financial markets around the globe warmed to the news.

The Dow Jones Industrial Average finished the day up 2.6 percent at 11,501.74, but retail stocks advanced more vigorously, with the Standard & Poor’s Retail Index growing 4.4 percent to 421.54. With a more stable mortgage market, home goods retailers enjoyed an excellent day — Home Depot was up 5.5 percent and Lowe’s up 6.3 percent.

The effects on fashion stocks were harder to read, but most were lifted by the positive momentum. [For more on stocks, see opposite page.]

Overseas, stocks in Tokyo and Paris rose 3.4 percent, while in London the market gained 3.9 percent.

Economists said it is hard to tell right now what impact the government bailout of Fannie Mae and Freddie Mac could have on consumer confidence because there are so many different forces at work in the economy.

“What the government is trying to do is unclog the lending channel,” said Richard Yamarone, director of economic research at Argus Research Corp. “Not too long ago, anybody who could fog a mirror got a mortgage. Then when the crisis broke, nobody, including those with outstanding credit, could obtain financing. Hopefully with this latest move some of the lenders will start getting in the game again. When consumers and businesses see they can get in the game again, it should restore their spirits.

“Consumers read the papers and watch the evening news programs, if the stock market is lifted by the government’s action, then so too will consumer spirits be lifted,” he said.

Other economists were less certain about a positive bounce in the wake of the Treasury’s announcement.

“It would be difficult under any circumstances to tease out the effect of this Freddie-Fannie move from everything else going on,” said Charles McMillion, president and chief economist, MGB Information Services. “I think the population generally was not as concerned about Freddie and Fannie as we economists and the media were. I don’t think it’s going to be that big a deal for them. I think the bigger deal is unemployment is up and gas prices are down.”

The move by the Treasury over the weekend did marginally lower mortgage rates, McMillion said, which will “certainly be positive.”

Reaction in the business community was more decisive.

“The steps taken over the weekend by Secretary Paulson will help to restore confidence and bring back certainty to the mortgage industry and housing sector,” said Tom Donohue, president and chief executive officer of the U.S. Chamber of Commerce. “Treasury’s support for Fannie Mae and Freddie Mac is an unfortunate but necessary decision that will provide greater certainty to markets while ensuring that Americans will continue to have access to affordable mortgage loans moving forward.”

While the executive branch has taken a decisive step in addressing the credit crisis, it remains unclear how the legislative branch will move, especially with less than two months remaining before the election.

Congress expects to take up a second economic stimulus package this month but the prospects for passage and enactment are uncertain. Democratic leaders have called for a second round of stimulus incentives but Bush administration officials, including Paulson, have indicated over the past few months that more time is needed to see the full impact of the first stimulus legislation, which included millions of dollars’ worth of tax rebate checks.

Most economists and analysts believe the boost from the first stimulus package has already been exhausted and that consumers have once again slammed their wallets shut in the wake of the credit crisis and employment and price woes.

Sen. Barack Obama is pushing for a second round of tax rebate checks to help families offset rising food and gasoline prices. The plan would provide $500 for an individual and $1,000 for a married couple and would be funded by a new “windfall profits tax” on oil companies. Another component of Obama’s two-pronged stimulus package is a separate $50 billion initiative, $25 billion of which would be dedicated to a Jobs and Growth Fund to boost the highway trust fund, prevent cutbacks in road and bridge maintenance, and preserve a million jobs.

Congressional Democrats will likely incorporate some of Obama’s proposals into a legislative package to be proposed before the election. It is unclear whether President Bush would sign a new economic stimulus bill, but Democratic leaders could see it as wedge issue to force Republicans to vote on a top concern among voters as the economy dominates the debate moving into the November election.