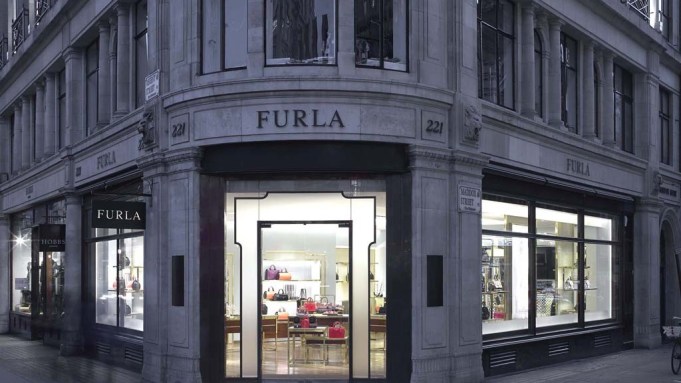 MILAN — Furla SpA ended 2013 with a 7 percent gain in sales compared with the previous year, but chief executive officer Eraldo Poletto said there are “still margins for improvement.”

The Bologna-based accessories firm has been raising the quality of its products, developing its footwear division and expanding its lifestyle content, said Poletto. “The year 2014 will be very important for Furla to be at the next level,” he said.

The company is expected to close 2013 with sales of 228 million euros, or $300.9 million at average exchange. At constant exchange, sales would have risen 14.5 percent. Over the past three years, the company has grown 45 percent.

Poletto said, “The main challenge is to grow, in order to reach a size that can compete with bigger players to secure top real estate locations,” for example. His goal is to bring Furla to sales of 500 million euros, or $680.7 million at current exchange. “It’s important to reach that size, it’s easier to grow once you get there,” said Poletto.

Geographically, last year Italy accounted for 24 percent of sales, up 8 percent on 2012. The EMEA, or Europe, Middle East and Africa, region accounted for 30 percent of revenues and Japan for 23 percent. The APAC, or Asia Pacific, area represented 14 percent and the U.S., 9 percent.

In 2013, e-commerce grew 41 percent and the travel-retail channel was up 37 percent given the increased number of airport shops from 33 doors in 2010 to 175 today, in 44 different countries.

Poletto said the company has spun off its real estate properties belonging to the Furlanetto family, which owns Furla, streamlining the structure of the Bologna-based firm.

Speculation periodically arises over a possible initial public offering, but Poletto said that this is “a decision up to Furla’s shareholders. My job is for the company to eventually be ready.”